It hasn’t been long since the showcase of Nvidia’s GTX 1060 just this week. As we all know, the GTX 1060 is the card that will compete against AMD’s recently released RX 480. However, more rumors are starting to speculate about the RX 470 competitor, the GTX 1050 or GTX 1050Ti to be exact.

According to some leaks, the new GTX 1050 has been confirmed to be in development to go against AMD’s RX 470 which was shown off at E3 by AMD. These cards will likely target gaming at 1080p with some extra room to crank up the graphics fidelity. The performance of the GTX 1050 should sit in between the GTX 960 and GTX 1070.

However, there are no signs of and official specs from Nvidia about the card. Though, the new GTX 1050 should be based on the same GP106 as the GTX 1060 and the obvious absence of the SLI connector. The RX 470 will start at a price tag of only $149, following up with AIB cards priced a bit higher for their respective custom GPUs. Taking the pricing of the RX 470 into account, therefore, we should expect the new GTX 1050 to be priced under $200 based on previous pricing strategies by Nvidia.

Any news about GTX 1050 release? Nice question! We could speculate Nvidia will be waiting from AMD to show off their RX 470 first. We could expect to see this card at the end of Q3 or beginning of Q4 2016. The GTX 1060 is just around the corner with its release set on the 19th of July, 2016. Last month, many rumors were speculating about the specifications of the GTX 1060, among those rumors was the amount of VRAM on the new GTX 1060s. According to those rumors, the GTX 1060 has to come in two VRAM sizes, 3GB and 6GB. However this wasn’t the case, the 3GB VRAM version was missing from the spec sheet released by Nvidia. 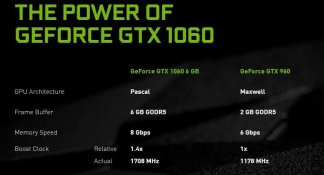