Nvidia announced the Pascal-based GTX TITAN X a few weeks ago. This new TITAN X is a monstrosity. With over 11 TFLOPS of graphics horsepower, the new TITAN X 60% faster than the GTX 1080. The new Nvidia GeForce GTX TITAN X launched yesterday, on August 2.

A German website posted the benchmarks of the new Nvidia TITAN X. This card is expected to handle games at 4K with 60 FPS. Well, taking a look at the benchmarks, it seems like the new TITAN X can push up to 50-60 FPS on AAA titles at 4K. Here are the benchmarks of the Pascal GTX TITAN X: 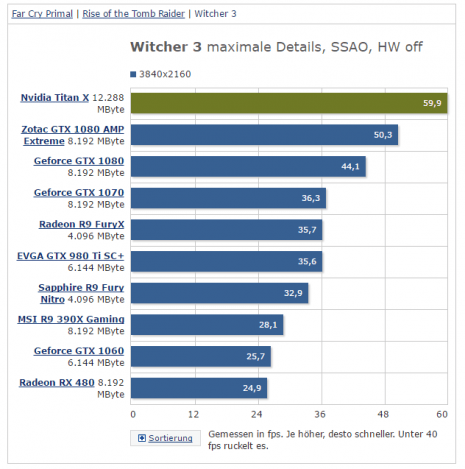 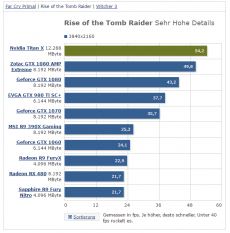 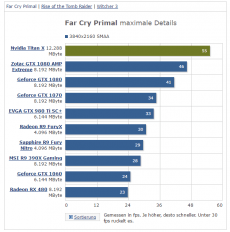 As you can see in the benchmarks above, the NVIDIA TITAN X is capable of running games at Ultra-HD resolution with decent FPS. This is just the beginning. These are the very first gaming benchmarks of the NVIDIA TITAN X. In the benchmarks, the TITAN X is about 45% faster than the aftermarket Zotac GTX 1080 AMP! Extreme, but it does cost $370USD more. And if we compare the new TITAN X with the Founder’s Edition (reference) GTX 1080, it is about 60% faster, as Nvidia said. It will be interesting to see how the new TITAN X performs against two GTX 1080s. You can get 2 GTX 1080s in the price of the new TITAN X too.

So there you have it. If you get the new TITAN X for $1199, here’s what you’re gonna get. But do note that with the TITAN X, you’re gonna need a very powerful processor and memory too. So if you’re planning to build a 4K gaming PC with the new TITAN X, it will cost you about $2500 minimum.