No Man’s Sky is an action adventure and survival game developed by Hello Games. The game is made by a team of 15 people, lead primarily by Sean Murray. The special thing about No Man’s Sky is that the game features more than 18 quintillion planets to explore. And almost everything in the game is procedurally generated. This means that the algorithm of the game creates the world for you. Thanks to procedural generation, the game is only 2.6GB in size on the PC; and most of that are audio files. While all that is great, there are some drawbacks of procedural generation, which we will discuss later on in our No Man’s Sky review. No Man’s Sky also have some other interesting things too, like if you’re the first one to discover a planet or a species, you get to name it whatever you want.

This game is quite similar to Minecraft in mechanics. Minecraft also uses procedural generation and the survival mechanics are similar too. In a nutshell, No Man’s Sky is like a space version of Minecraft, minus the blocky graphics and plus some new technologies.

Note: In this review, we’re running No Man’s Sky on PC at maximum settings at 1440p resolution. So, all these screenshots are the best No Man’s Sky can offer. When you first start the game, you are greeted by a nice loading screen. After the loading is done, you will start on a random planet and your Starship is damaged. After your Starship is good to go, you take-off into space. And space is really, really big. You can also engage in dogfights with hostile Sentinel Starships if you try to destroy certain things.

The effects are amazing. Like when you’re entering the atmosphere of a planet, the front of your Starship gets a nice burning effect and when you’re using the Warp Drive to warp to other distant planets, you get another great shiny effect.

In space, there are space stations. In these stations, you can save your game (when you get out of the Starship) and buy/sell items and materials. The trading system is a big part of No Man’s Sky. The crafting system in No Man’s Sky is also quite cool, but a little bit complicated. You can equip your Multi-tool, Exosuit, and Starship with many upgrades. In order to craft these upgrades, you need certain materials and minerals. There’s a charging mechanic present too. As you use your mining tool and fly your Starship, the charging of the mining tool and the fuel in the Starship decrease. To fuel your Starship and charge your multi-tool, you need specific materials. So yeah, in No Man’s Sky, a lot of time is spent mining things. However, the game gets boring sometimes. Spending so much time mining and doing the same things over and over again is a turn-off. Almost everything in No Man’s Sky is procedurally generated and sometimes, there are repetitions in the game. Some planets are abundant in materials and some are barren. But we did not encounter any barren planet. Also, the combat mechanics are pretty basic.

Graphically, No Man’s Sky is not-so-good. As we said before, there are drawbacks of procedural generation. The game lacks in animations and the textures are washed-out. And last but not the least, water textures in No Man’s Sky are terrible.

No Man’s Sky also lacks physics. The terrain in the game simply has no weight. If you destroy a Heridium pillar in No Man’s Sky, you will notice that the parts left undestroyed keep floating the air. This is not due to the planet’s gravity as the player falls back to the ground when in air. Actually, this is due to the game’s limitations.

No Man’s Sky may be lacking in the graphical department, but no, the game itself is not bad at all. The game is beautiful and full of colors. Like during the night, the pinkish sky looks gorgeous. No Man’s Sky is a beautiful work of art.

Here are some screenshots that show the beauty of No Man’s Sky; taken on a PC at 1440p resolution with maximum graphics settings. 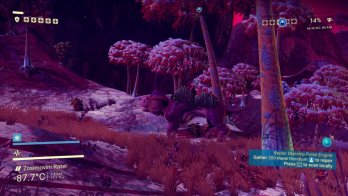 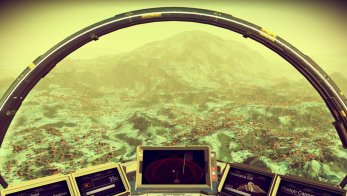 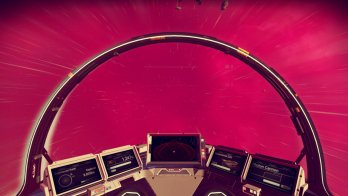 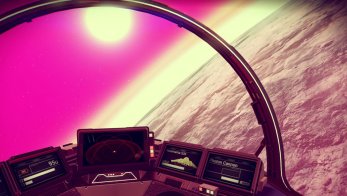 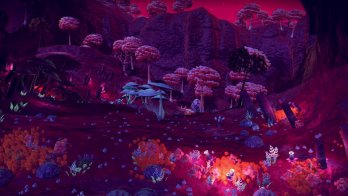 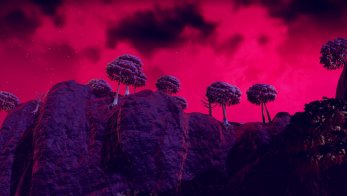 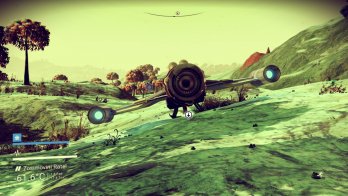 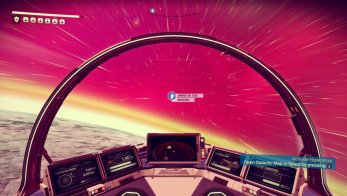 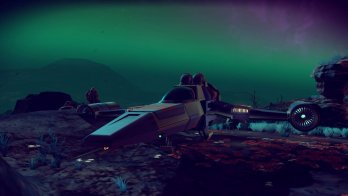 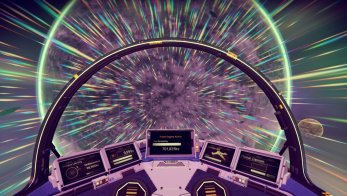 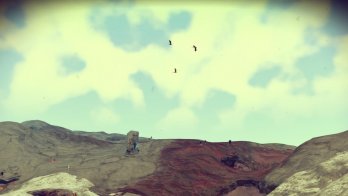 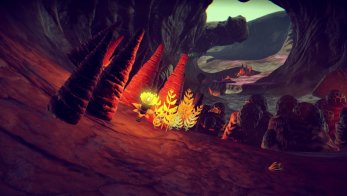 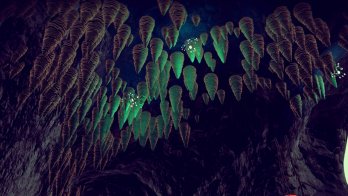 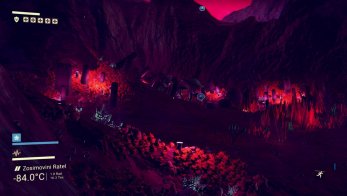 So there you have it. No Man’s Sky is a great game but it has its fair share of cons. This game definitely has potential but judging from what it’s offering so far, No Man’s Sky is not as good as what we expected it to be.

So that’s it for our No Man’s Sky review. For more reviews like this, stay tuned to GeeksULTD.

No Man's Sky Review
Extremely small size.
Enormous universe. Tons of things to explore.
You get to name your discoveries.
Great soundtracks.
Many bugs, crashes and FPS drops on PC.
Basic combat mechanics.
Repetitive tasks such as mining & trading eventually gets boring.
6
Not as good as we expected.
Tags
No Man's Sky