Asus has been a really compelling contender in the mobile market for over 3 years now. The company made its debut if smartphones in 2013 where the company first showcased the ZenFone 4/5 and 6. Later on, the ZenFone series of smartphones received an updated generation packing a good hardware for the price, they called their complete lineup, the ZenFone 2. Last month, Asus finally unveiled the ZenFone 3, the generation where Asus was no longer a mid-ranger company and finally stepped into premium territory.

Thankfully, last month GeeksULTD got their hands on the ZenFone 3 series of smartphones and got their first look at what’s about to hit the market. Was it compelling, well, we could say its not the ZenFone we knew. It has matured quite a lot since the last generation. So what has changed, and does that fall into the good category or not, that’s to be determined here in our ZenFone 3 review.

So let’s dive into the review, shall we! The Asus ZenFone 3 is quite a unique product, featuring a new design and build compared to the last two generations of the Zenfone series. This year around, the ZenFone 3 comes with a glass build instead if the matte-finish plastic build. Companies like Asus are really striving to bring down “premium-ness” to the mainstream. While the ZenFone 3 isn’t cheap, it is still well below the competition trading blows with other manufacturers. The closest competitor that comes to mind that will compete against the ZenFone 3 is Huawei’s Honor 8, featuring a similar design, build, and price. It’s definitely a cheesy showdown that needs to be settled. Asus has completely redesigned their phones for this year as many of you be seen. Featuring a new, yet appealing glass back surrounded by premium-feeling curved metal rails surely give it the appealing touch and comfort while holding the device.

At the back, the Asus’s Zenfone 3, you’ll find the fingerprint sensor (which works very well), the 16MP camera and Asus’s signature at the rear of the device welcoming the concentric pattern they’ve held onto for the last two generations of the Zenfone lineup. Interestingly enough, the concentric pattern only appears in certain lighting conditions, most usually in indoor lighting but its most likely that you’ll ever see it on broad daylight. Some extra pleasant surprises come with the adoption of the Type-C port available on the ZenFone 3 which also supports Qualcomm’s Quick Charge 3.0 Technology. This should effectively allow faster transfer speeds and a reduction in charging time.

Cutting off that, the Asus ZenFone 3 also comes with a headphone jack located at the top of the device which is still quite a relief, unless we see other manufacturers portraying Apple’s recent decisions in the iPhone 7 and 7 Plus. Although it doesn’t seem like the headphone jack will be completely removed, instead, it would be replaced by another form if it really need to come – that’s more of a speculation, than an actual confirmation.

Overall, the device seems to have become more compelling to many consumers thanks to it’s new design and ergonomics. Although, the slippery back is one that you really need to be careful of.

The Asus ZenFone 3 comes running with Asus’s custom UI, ZenUI, based on Android 6.0.1 Marshmallow out of the box. ZenUI takes an interesting approach towards the theme consistency throughout the devie It almost seems like a blend of Samsung’s Touchwiz combined with Android’s stock Material UI. Taking that into consideration, apps are usually presented with stock-like solid colors, though, icons and transisitons remind me of Samsung’s TouchWiz. Pretty good overall as I really dont have anything to complain about the UI except the bloatware.

Talking about bloatware, Asus has been very well-known to add bloatware to their phones. As soon as I connected my Google Account, unneeded apps updated and then appeared on the home screen. While Asus did promise the “reduction” in bloatware, it remains a question when Asus will make ZenUI shine without any bloatware. Asus’s ZenUI gives you tons of customization options allowing you to change grid sizes, icon sizes, alignments, scroll effects, fonts and much much more which is just amazing for fanatics who love to tinker their devices to find their sweet spot.

Asus’s Zenfone 3 comes with a Full HD 1920×1080 display which is pretty bright. At 600 nits, the Asus ZenFone 3 is perfectly usable outdoors and comes with a display tweaker that we need more often. Since display tastes very from person to person, I really love a saturated display and the ZenFone 3 delivers thanks to their built-in splendid app. Although, I would have really loved to see Asus giving users the option to limit the display tweaking in certain apps such as the camera and gallery.

Having such customization makes watching movies and YouTube content even more enjoyable. Talking about videos, audio on the Zenfone 3 is also okay, it’s loud enough and gets the job done in moderately loud environments. Adding to that, at full volume, the phone isn’t as clear, while the distortion at max, I preferred dialing down a notch. The Asus ZenFone 3 comes with a Snapdragon 625 which performs pretty well.other than just the usual general task. The UI runs pretty smoothly without any frame drops all around. Gaming on the ZenFone 3 is definitely a possibility thanks to the Snapdragon 625 paired with an Adreno 506 GPU. Moderately demanding games such as Real Racing 3, Asphalt 8 and Overkill3 ran fine on the Zenfone 3. Asphalt 8 was tested on high graphics settings which did produce playable results without any stutters. Framerates weren’t the best though, demanding games usually ran below 60FPS on the Zenfone 3. However, casual games should be able to pump out a few more frames to enhance the fluidity.

As far as Antutu scores go, the Asus ZenFone 3 scores over 60k. While we do agree with the belief that benchmarks don’t explain real world performance, we still believe gives an overall score where the phone sits near its competition.

Adding to that, Internet tasks such as surfing, emailing and social networks work fine. Webpage loading times are also pretty fast, no complaints there.

Although, RAM management needs to take a second look as many apps usually close in the background and need to be refreshes the next time they open up even with 4GB RAM. An update should solve these issues if Asus takes this into consideration. While Asus has included a wide variety of options, I think that the camera app could be simplified in many ways. As we will demonstrate in our camera tests, the Auto mode usually outperforms many of the dedicated modes available in the app.

Modes such as Auto, Manual, Slo-Mo and Super Resolution serve their purpose pretty well, but the rest just needs to be cleaned up to allow the camera to be more user-friendly instead of fiddling with the camera configuration for 20 seconds.

Asus claims that laser packed into the Zenfone 3 allows it to focus on subjects within 0.3s. According to our testing, that remains true until you tap-to-focus. While this isn’t a deal breaker, we thought it’s worth mentioning.

Photo’s taken with the rear and front camera turned out to be quite satisfying. (Note: None of the camera samples haven’t been edited in any way, images may take some time to load for some. Alternatively, you may open images in a new tab) 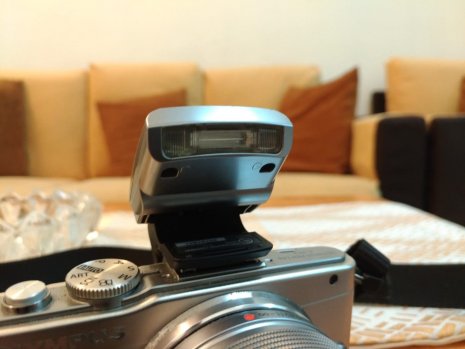 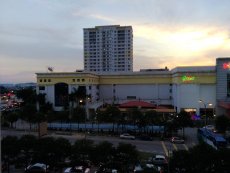 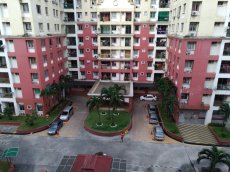 Outdoor Shot Taken With the Zenfone 3 on Auto Mode 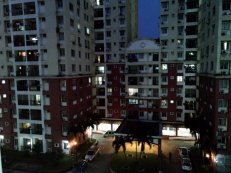 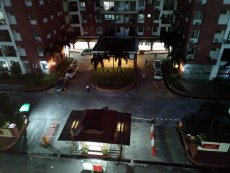 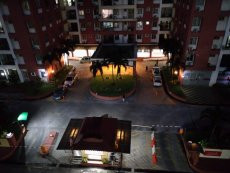 Color Reproduction is better on Auto Mode in Low-Light Situations 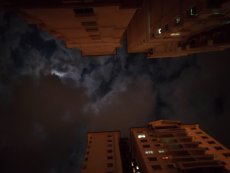 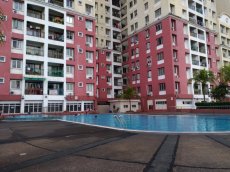 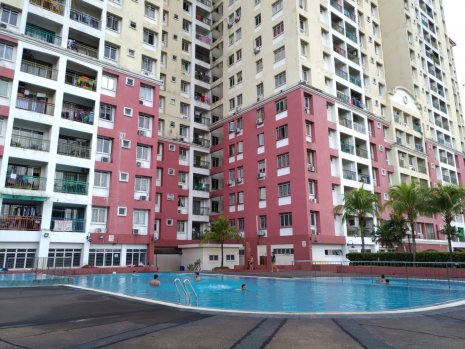 Super Resolution Image Taken With The Zenfone 3 In Daylight

Panorama Shot Taken With the Zenfone 3

Depth Of Field Test on The Zenfone 3 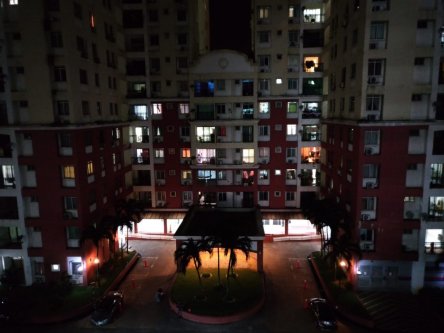 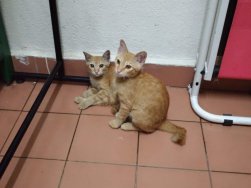 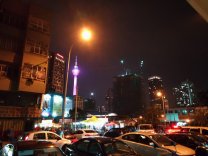 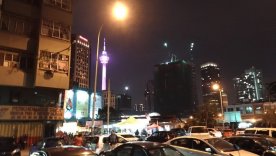 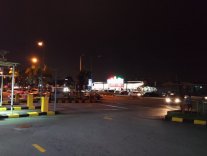 The camera on the ZenFone 3 performs pretty well. Indoor shots turn out to have a bit of noise in them which was quite what we expected. Although the camera performs quite pleasantly in outdoor situations. The flash is only useful in family shots or whatsoever.

Although OIS is disabled in 4k, the video quality doesn’t look jerky or shaky even though the video was taken in hands. Considering that, the details that the Zenfone 3 captures is just average, we’ve seen better cameras. Overall conisdering the price, it’s still quite capable of capturing good video.

Taking a look at the slo-mo video capabilities, it just couldn’t impress. The Asus Zenfone 3 captures slow-mo video in 720p. You can refer to the sample above to see what you could expect from the camera in daylight conditions.

Overall, the camera on the Zenfone 3 performs admirably well in good lighting and decent enough in low-light situations for stills. 4k video is definitely a possibility, and is pretty good for a phone at this price unless you’re coming from a recent flagship smartphone.

Battery life on the Zenfone 3 is good enough to get you throughout a day with light usage. Although you might want to plug on the charger by 6:00pm considering you use it heavily from 9:00 am in the morning. Screen-on times are just decent, it gets you more than 3 hours to enjoy the phone which isn’t bad at all if you were gaming in the first place.

As far as social network users & productivity users are concerned, the phone could get your 3/4 throughout your day in medium usage.

Charging times are pretty good! Using the included charger in the box, the Asus Zenfone 3 was full of juice within one and a half hour from 7% to 100%.

Asus’s Zenfone 3 is definitely a step up in design compared to the original Zenfones and the Zenfone 2 lineup. However, that costed Asus to finally bump up their asking raising the price quite uncomfortably for many. While I wouldn’t complain about the value that this brought to the field, the ZenFone 3 is an amazing phone that packs a good amount of RAM, storage and a good camera for pictures. However, for those addicted to the glass-back design, the Asus ZenFone 3 is super slippery on surfaces so you’ll always have to be careful and cautious of your phone.

However, Asus really need to give another look at the RAM consumption to avoid the refreshes between apps despite the 4GB of RAM. Most probably Asus would be able to fix this in the future with an update.

Coming over to the price, it seems like Asus has really shifted off the budget market by pricing the Zenfone 3 at RM1699(approx. US $410). While the Zenfone 3 isn’t the most expensive of all, I wish the phone was cheaper. Overall, it’s still a great phone and we’ll be looking forward how it tackles it’s competitors, Definitely, a great competitor!