Asus Transformer 3 Pro Review: When Defeating Your Rival Is Your Only Goal

Usman Abdul Jabbarhttps://www.GeeksULTD.com
21, Tech Enthusiast, Founder/Managing Editor at GeeksULTD and a stduent at the Holberton School. Passionate about UI Design and competitive Counter-Strike Global Offensive gaming.To contact me, follow me, or even constructively criticize me, contact me however you feel is right!
Asus Transformer 3 Pro
7.7

Asus has always pulled themselves around the computing market, from networking solutions to computing devices, Asus has always tried to offer something unique that is better than their competitors in any aspect. With the launch of Windows 8, Microsoft was set to actually show off what tablets could achieve with their Windows 8 OS, and they delivered with their Surface line-up. After the launch of Windows 10, it was time for Microsoft to learn from their lessons and finally fix their mistakes and yet again show off what mobile computing actually is.

With Asus being the “I can do it better” company, Asus announced their Transformer 3 line-up while launching their Zenfone 3 smartphone lineup. Packing in the powerful hardware with Microsoft’s Surface Pro in-mind, Asus really set off on showing what their offering could actually achieve. Packing in a Skylake Core i7-6500U, 512GB SSD, A Stylus Pen and 16GB of RAM, Asus really wanted to target the same audience Microsoft was targeting. But at RM6,999 (US $1575) for the maxed out model of the Transformer 3 Pro, is it worth it? 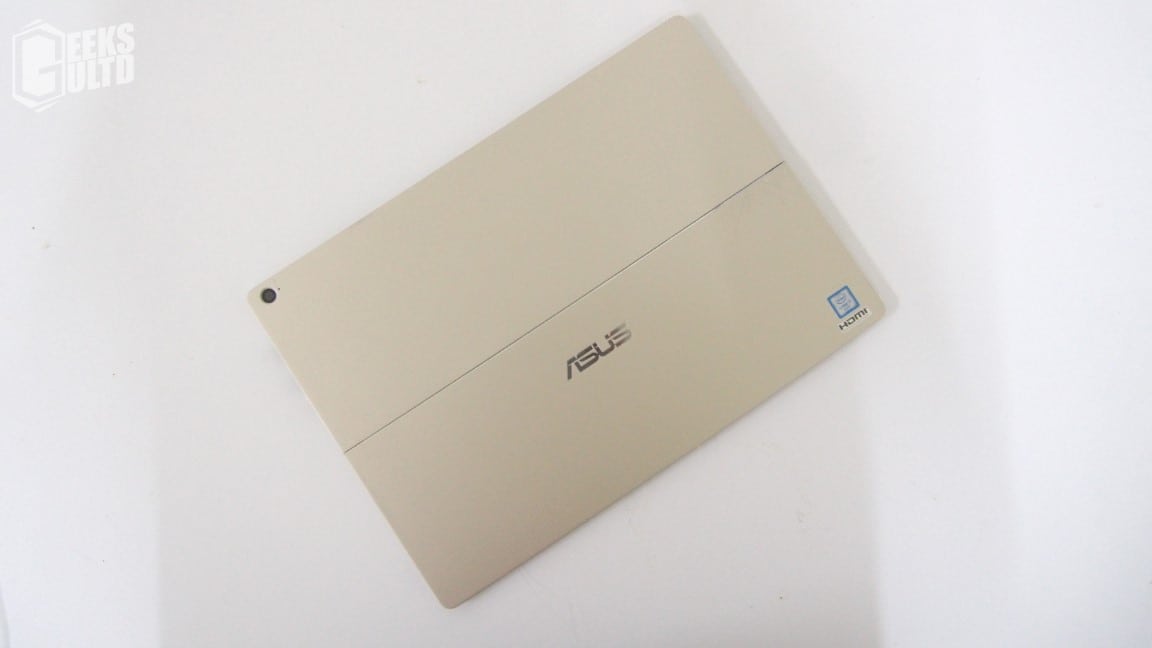 Since both, the Surface and Transformer 3 Pro are set to take on the same consumer, Asus’s offering seems like a clone of Microsoft’s Surface Pro, from the simple back to the kickstand, the inspiration is right there! Aside from a few minor changes, Asus’s Transformer 3 Pro comes with a less than satisfactory set of ports.

Personally speaking, I would have loved an extra full-sized USB port and a full-sized SD Card slot which would have been a lifesaver for photographers. And if making it convenient for smartphone users was actually Asus’s goal here, an SD Card Adaptor would have made it great for both worlds, and hey, MicroSD is dying out on smartphones anyways.

Regarding build quality, I would highly recommend users to take great care of the Transformer T303UA, since it’s back is of aluminium, the back could easily be scratched. Furthermore, try not to drop it, as the screen could be cracked due to the large surface area making it vulnerable. 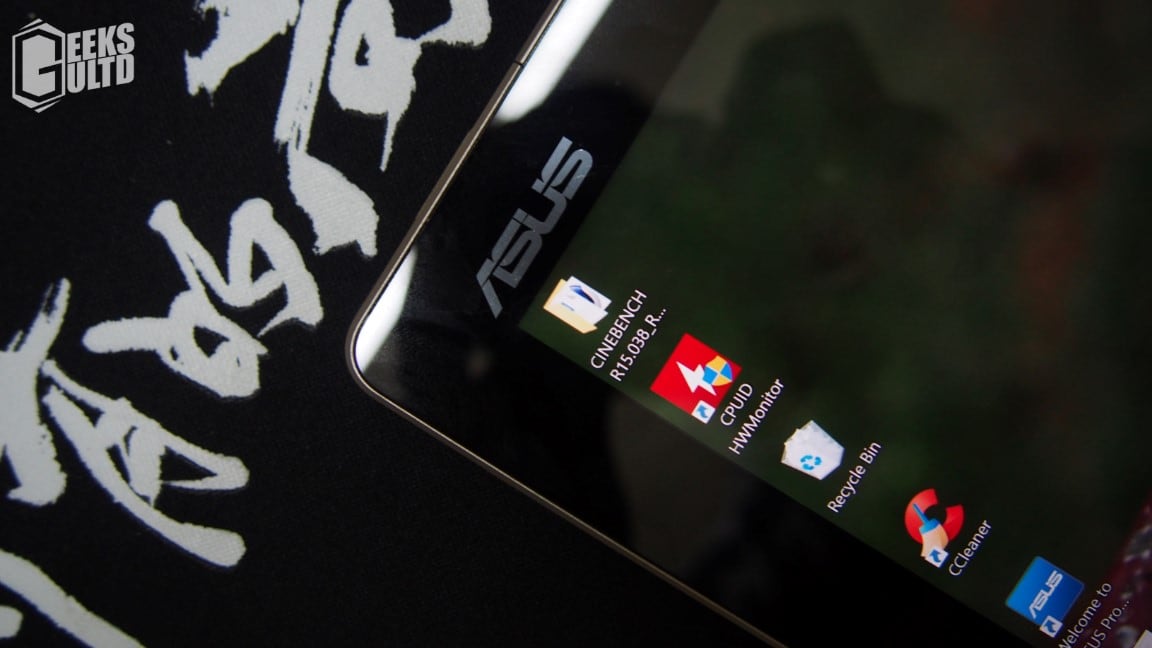 With an unusual yet growing aspect ratio, Asus’s Transformer 3 Pro comes with a 3;2 aspect ratio with a resolution of 2880 x 1920. Speaking simply about clarity, the display is excellent, in fact, incredible when it comes to the sharpness of the display. Color Reproduction is also great, and with the addition of Asus’s Spendid Utility, you could further tweak the display according to your liking, although keeping it at the Normal preset is recommended.

Coming over to the brightness of the display, this is where the Transformer 3 Pro takes a hit. With a brightness that isn’t able to handle outdoor lighting paired with a reflective coated display, that will actually make it hard to read for users who are on the go in such condition, but that’s the case with most tablet display nowadays.

The Asus Transformer 3 Pro comes with dual 2W speakers that sound loud, yet lack in clarity. Watching movies and consuming other media is definitely an enjoyable experience although in our testing we noticed that the speakers lacked a bit of clarity.

The Asus Transformer 3 Pro was made to be snappy, just like it’s rival. Packing in an ultra-low power mobile i7 processor paired with 16GB of RAM, this device really wants to last you a while. For storage, you have quite a few options, although, our model came with 512GB of M.2 SATA 3 SSD storage.

Although,  CSGO & light/MOBA games definitely seem playable just from those number if you’re willing to tone down the settings, Asus really showed off this device catering for gamers when they were launching the Zenfone 3. Thanks to the Thunderbolt port, you could actually attach an external GPU enclosure to take your graphics horsepower to the next level. Now while the i7 6500U is a mobile chip, it’s nowhere near the performance compared to its bigger desktop counterpart i7 CPUs. So if you’re willing to pair this with a desktop GPU, we’d recommend you to get a GTX 1060 and below.

Now since we’re looking at a very compact device here, nothing from the T303UA is user upgradable which means that you’ll have to configure it before your purchase. 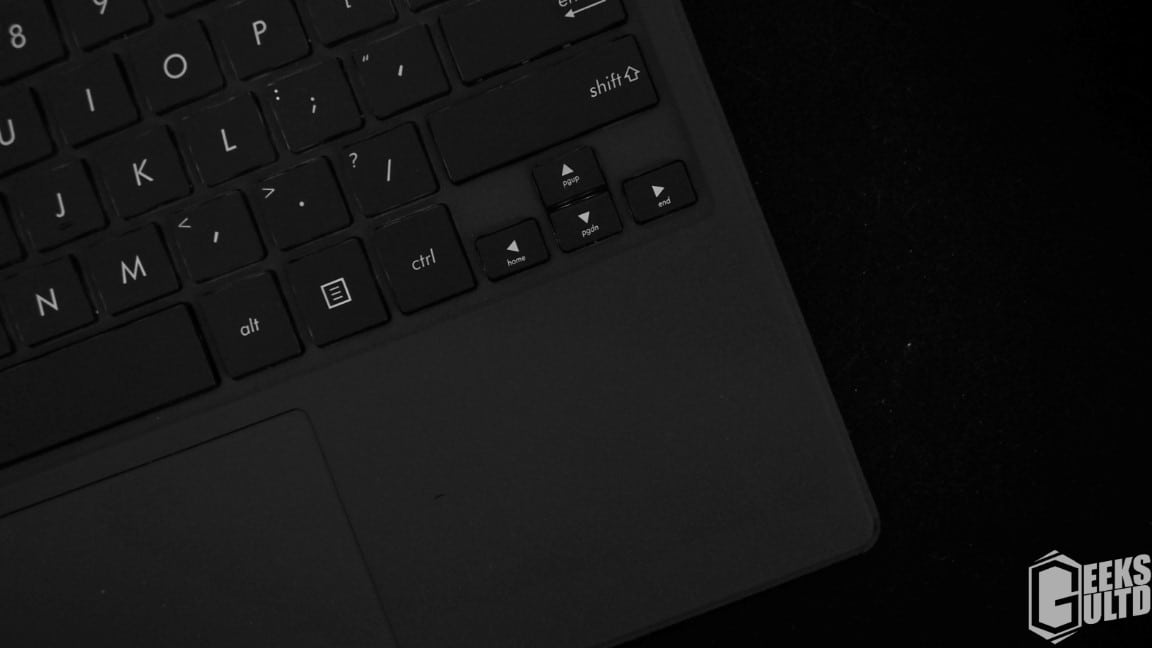 “Whatever the Surface can do, the Transformer can do too”, said some Asus Engineer out of nowhere! Therefore, Behold! the Asus Cover Keyboard & Stylus.

The Asus Cover Keyboard is meant to be typed on, that’s not it’s only task. Other than punching in a few characters it also comes with a touchpad to act like a laptop. The build of the keyboard is great with a soft texture around it. Not only that, but it also protects the screen of the Transformer 3 Pro. Other than that, key travel is better than what I expected, keys are backlit for typing in dark environments and lastly, keys are well spaced and have an excellent font that I’m a fan of.

Speaking of the touchpad, the touchpad is okay, now since Asus went with the great soft touch on the touchpad too, it easily absorbs any moisture. On the good side, tracking is decent, gliding is great, and clicks need a bit of improvement.

Coming over to the Stylus, the Stylus is great. It runs great and is an excellent way of expressing yourself digitally. At first its a bit wired, but it’ll take a bit of time to get used to. Some work Asus needs to do is reduce the weight of the pen and allow the Stylus to stick to any side of the device to avoid losing it. 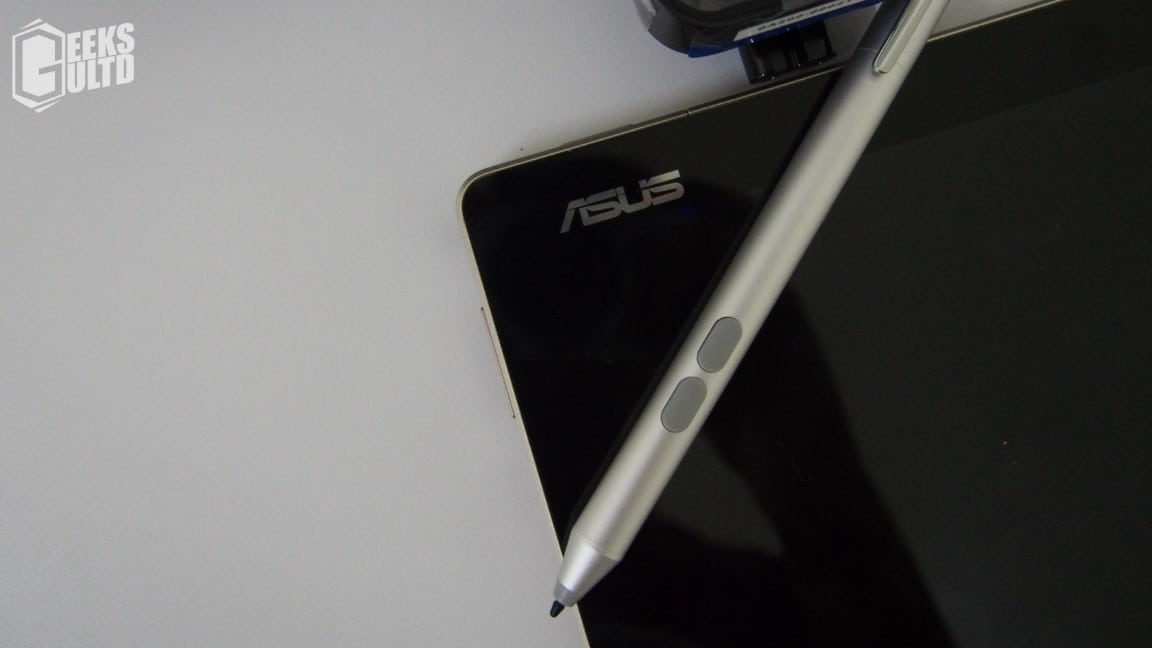 The Battery life on the T303UA was okay, but far from the competition. In our test, the battery on the T303UA lasted for 3 hours, give or take a few minutes with mixed usage which consisted media consumption and web browsing.

Of course, Asus is packing in some great hardware and is offering it for less than what Microsoft is asking for. I can see a customer for this, and I am absolutely assured that they’ll love it, especially when they know they’re saving a few bucks compared to Microsoft’s offering. But we can’t deny that its on the pricey side for those who won’t really take full use of the portability and stylus.

Priced at RM6,999, the Asus Transformer 3 is an excellent 2-in-1 that need a bit of improvement that’s definitely possible. Performance-wise and overall, its a great device that really tries adapt into everything for you. For those who are willing to afford this much, it’s definitely recommended from us.