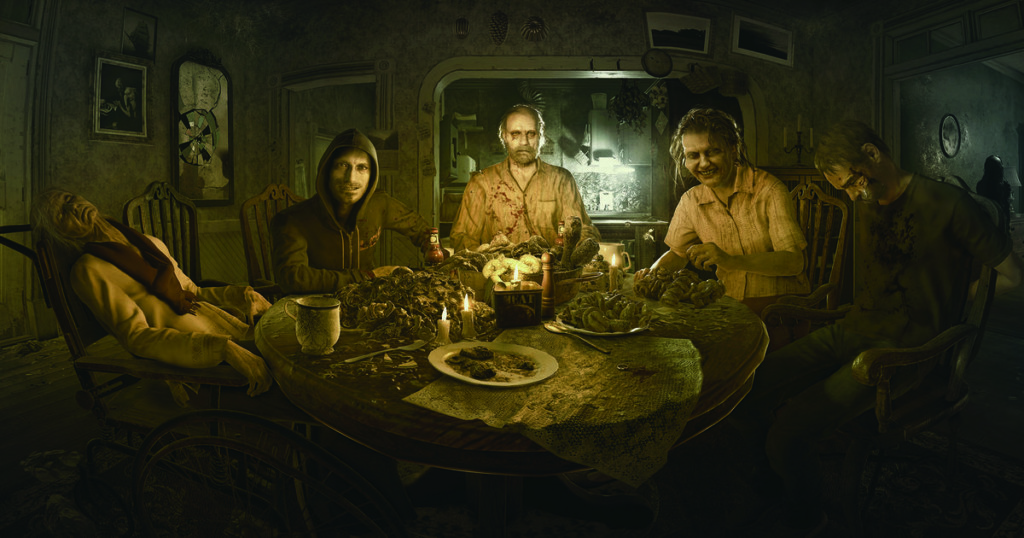 The first DLC is called “Banned Footage Vol. 1”, which features a few scenarios to play through and a new game mode called “Ethan Must Die”.  Capcom has an exclusivity deal with Sony. “Banned Footage Vol. 1” is exclusive to the Sony PlayStation 4 for the first 21 days. It will launch on January 31, 2017, on the PS4. On PC and Xbox One, the first DLC will launch 21 days later, on February 21, 2017. The DLC alone costs $10. You can get it for free if you own the season pass of the game, which costs $30. The DLC will also be free for those who own the Deluxe Edition of the game. Here’s how Capcom describes the new content in the DLC:

“Bedroom: Figure out how to escape from a locked room – but don’t let Marguerite Baker know you’ve been out of bed.

Nightmare: Fend off waves of enemies and survive until morning.

Extra Mode – Ethan Must Die: A tough-as-nails mode separate from the tapes and story of the main game. (Does not support PSVR)”

“21: Gambe life and limb in a deadly game run by Lucas Baker.

Daughters: See what the Baker family was like before the tragic events of Resident Evil 7 biohazard.

Extra Mode – Jack’s 55th Birthday: Race against the clock and feed Jack tons of food in this comical extra game mode separate from the tapes and story of the main game. (Does not support PSVR)”

“For those of you with PlayStation VR, you’ll be able to experience the entire game, from beginning to end, in a flexible, optional PSVR mode to play as much or as little as you want in immersive VR. For those of you with a 4K TV and a PS4 Pro, you’ll be able to enjoy full 4K resolution with incredibly crisp graphics and even more detailed textures. Plus, Resident Evil 7 biohazard will be able to take advantage of HDR on compatible TVs, no matter what model of PS4 you have. If you have an Xbox One or Xbox One S, you’ll be able to take advantage of HDR on compatible televisions as well. For PC players, there are a plethora of options to tweak your RE experience to your liking.”

So there you have it, guys. Capcom has a bunch of content coming for Resident Evil 7 players. For more, keep it set on GeeksULTD.