GAMDIAS has been in the keyboard segment for quite a while now. The brand has gone from being a complete stranger to a well-known Mechanical keyboard brand for enthusiasts. While it may not be available on many shelves, it’s a great pick if you could find it online.

The HERMES P1 RGB could be picked up for $99/MYR RM419 at major online retail stores. You may want to look at the availability of this keyboard in your region.

With GAMDIAS giving us the chance to review the HERMES P1, how does it stack up to our expectations and the competition? Let’s find out! 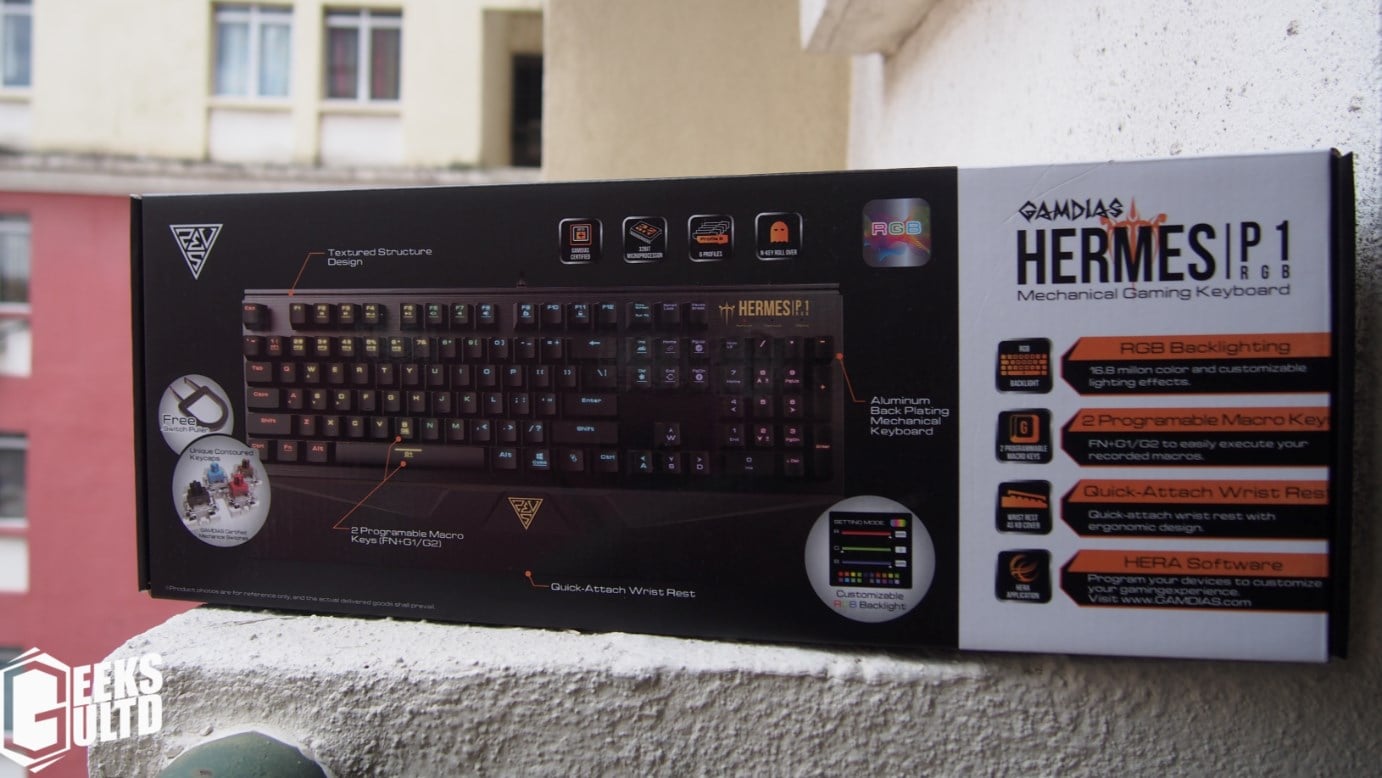 GAMDIAS has packaged the HERMES P1 very well. The boxing is sturdy enough that we found with most keyboards. The labeling and feature list has also been well done listing down each of the features that the HERMES P1 comes with. 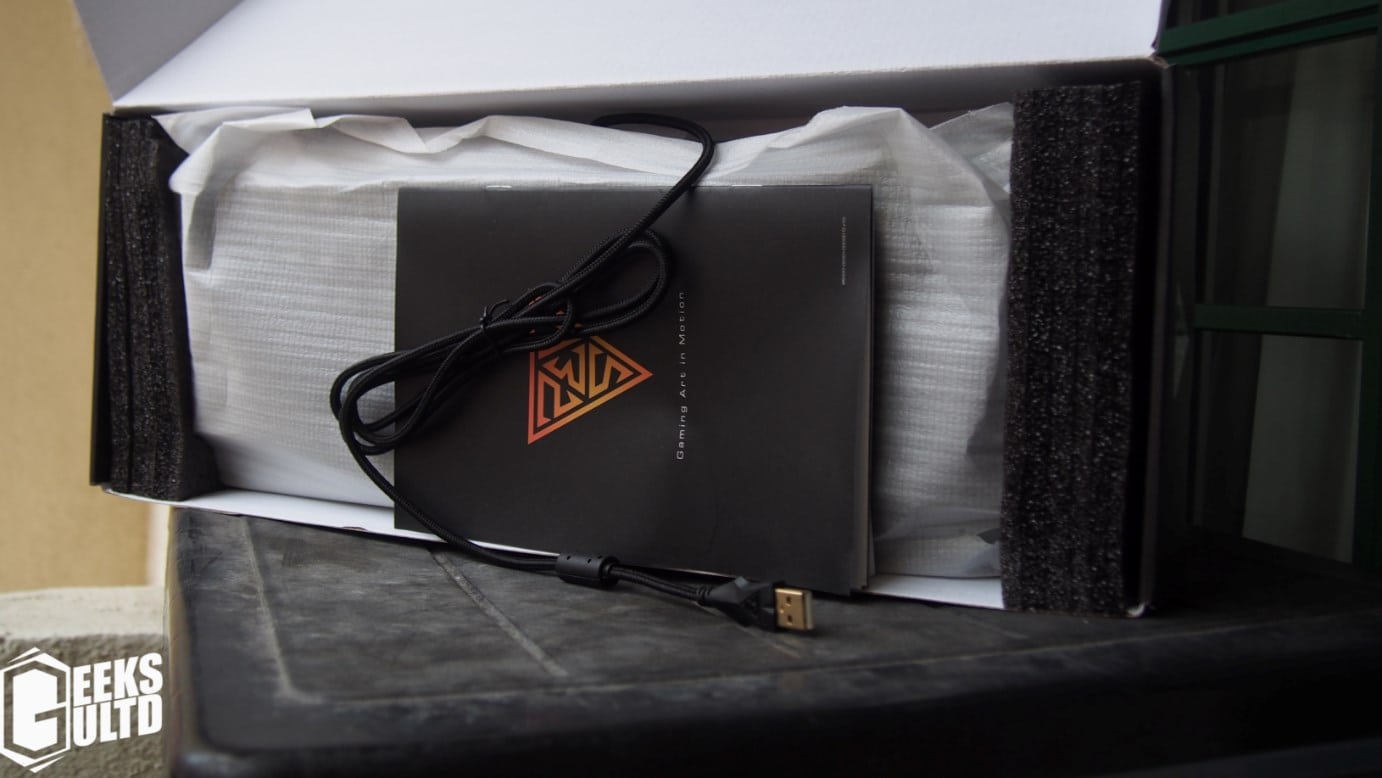 Cracking open the box reveals a user manual, and give us a glimpse at how well GAMDIAS packed the HERMES P1. Both sides of the keyboard are supported by soft cushioning that does it’s job well. Next, pulling out the keyboard from the it’s packing revealed the HERMES P1 in it’s full glory. Giving the box a second look revealed the wrist-rest that comes with the P1. 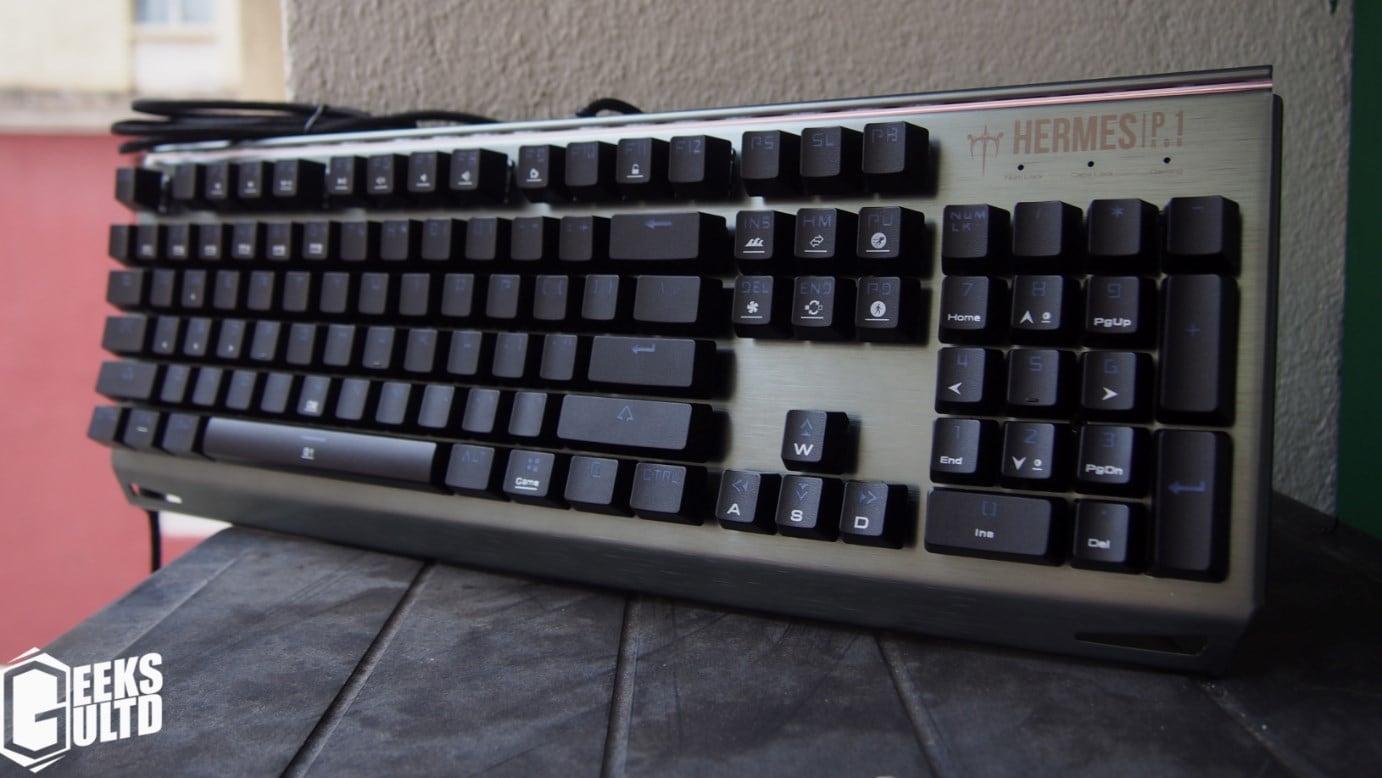 The GAMDIAS HERMES P1 RGB looks amazing, period! The steel brushed plate plus the floating keycap design just look amazing. We’ve seen many other keyboards implement floating keycaps with steel base-plates, but this one really stands out and is our new favourite. 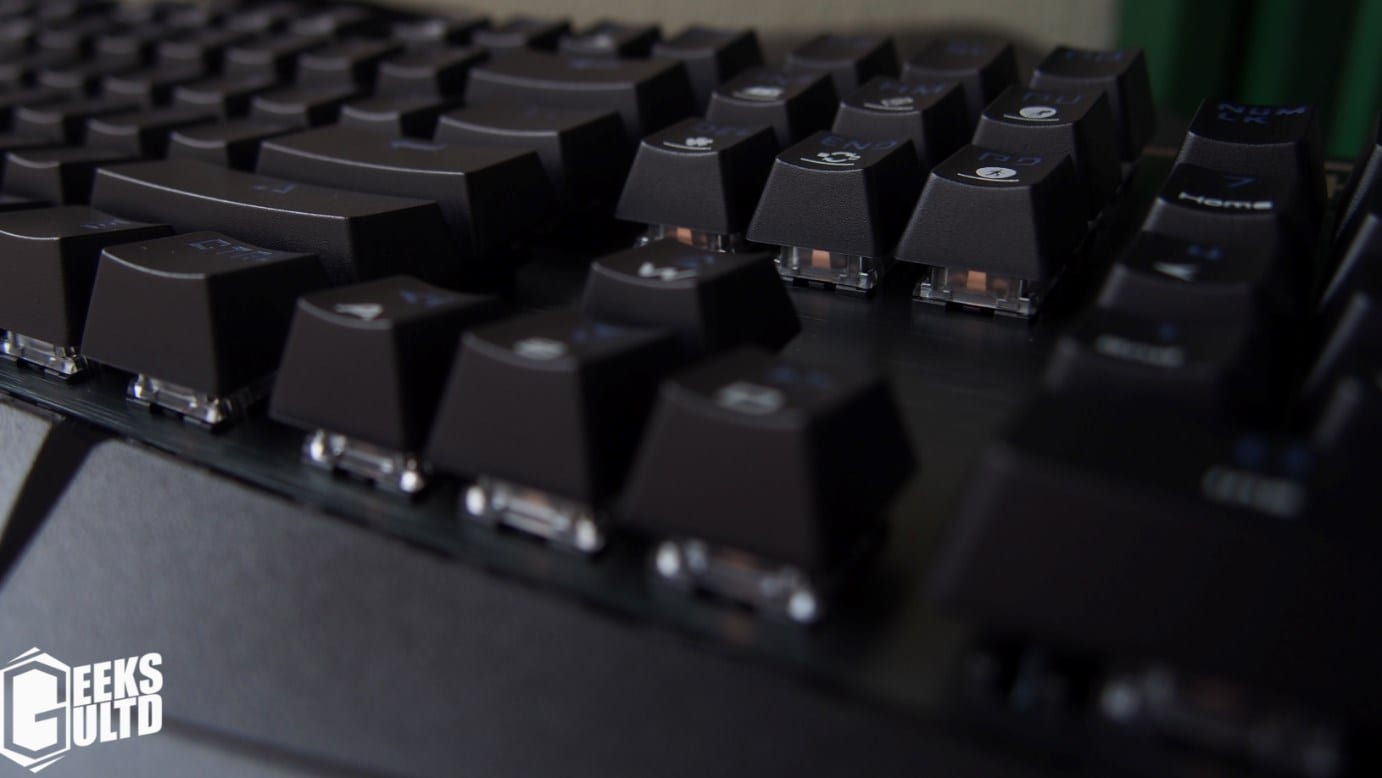 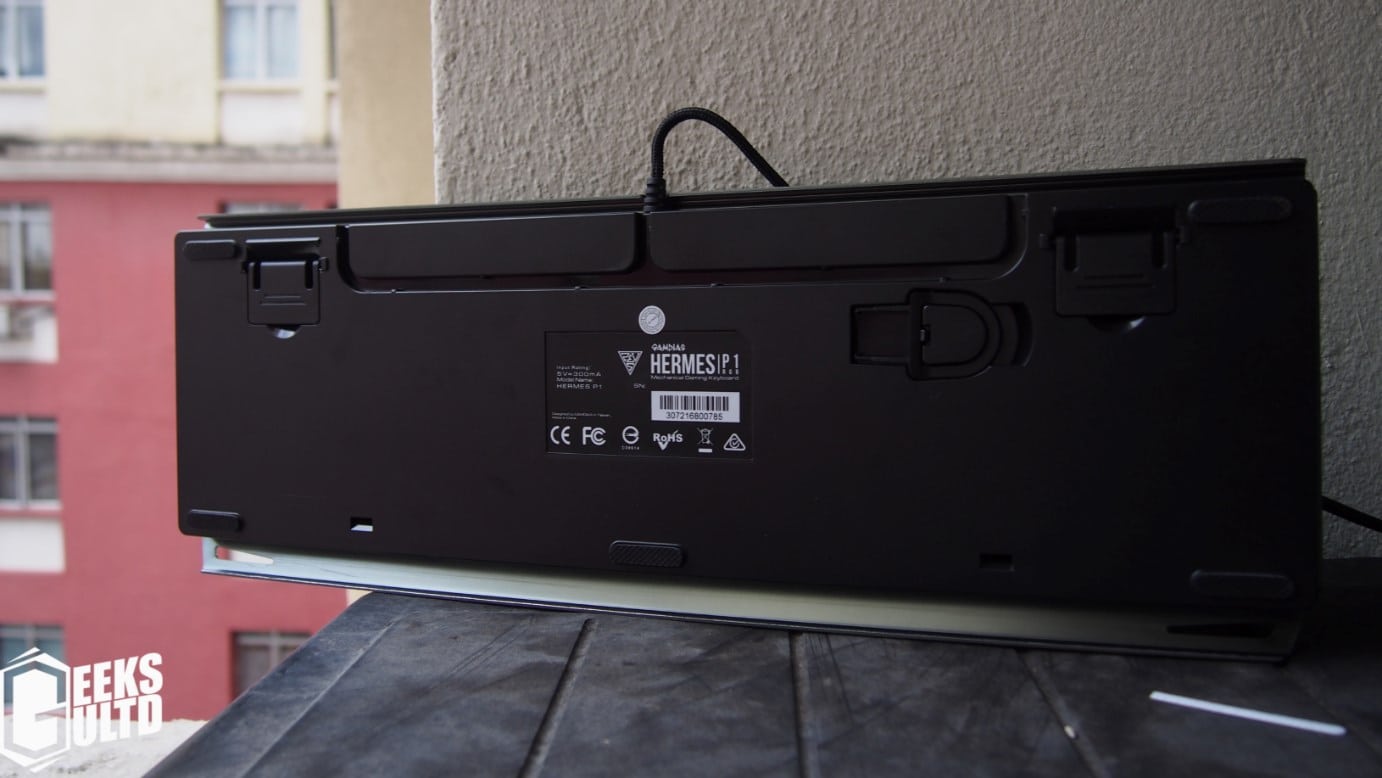 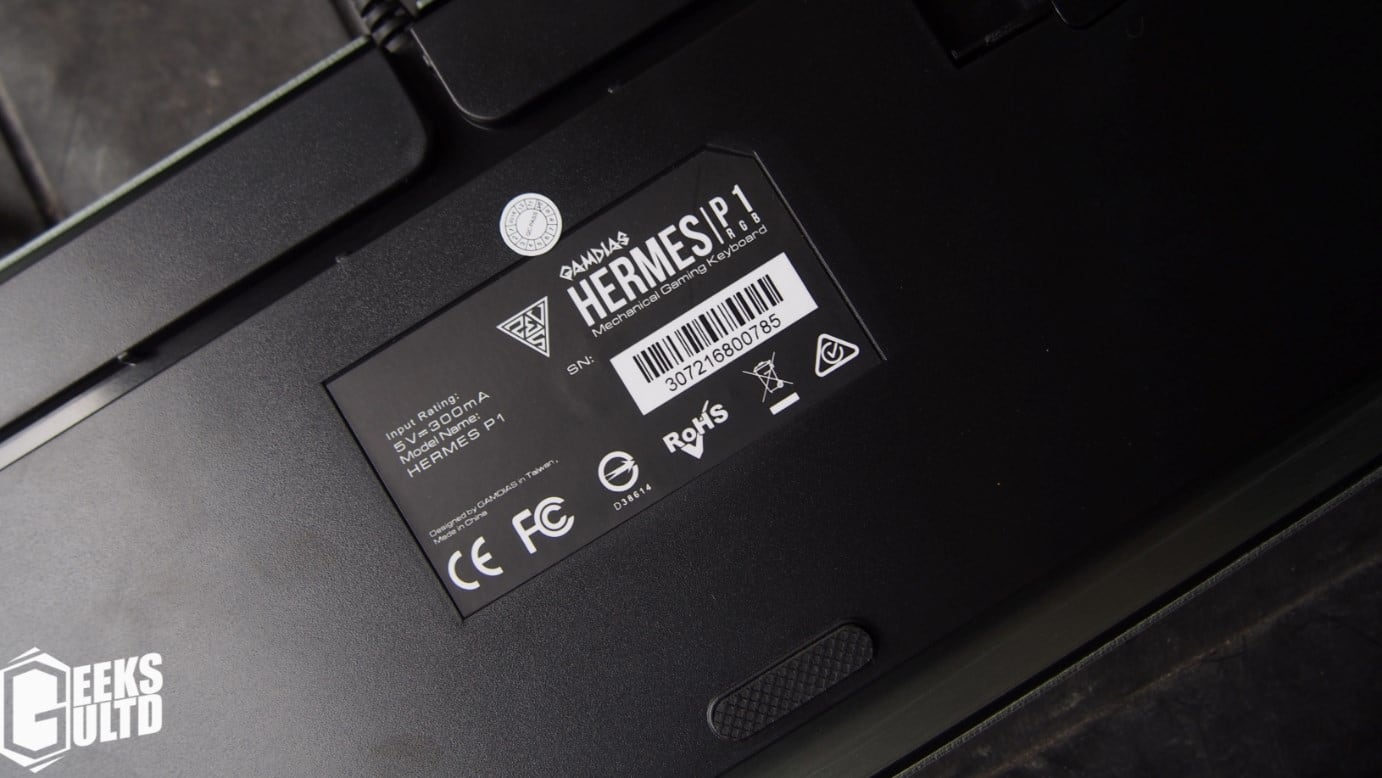 How About The Rainbow? 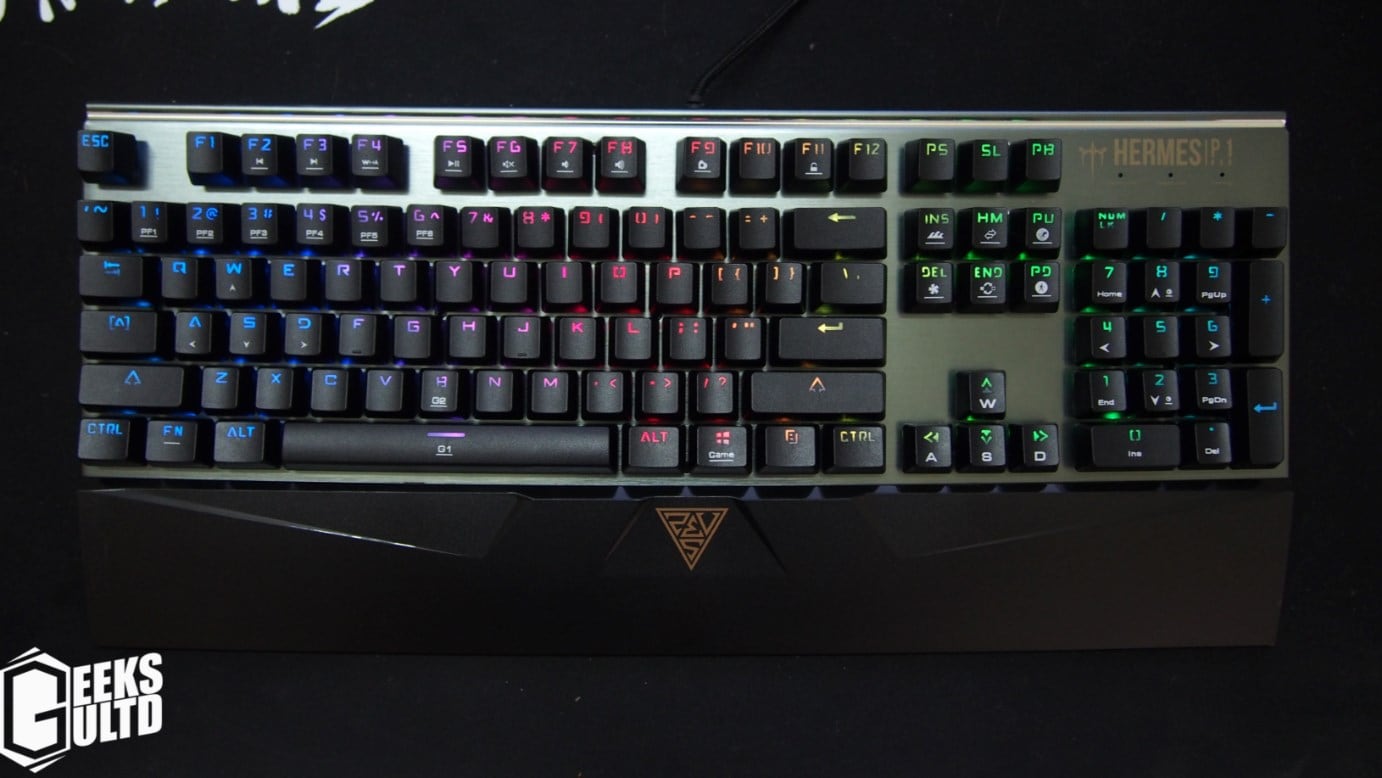 To really satisfy most gamers, you just got to have RGB. With RGB becoming more of a necessity for gamers, the P1 obviously doesn’t leave the RGB lighting behind.

Each and every key is lit by an LED that could be found inside the board rather than the normal exposed LEDs that we find on many keyboards. There’s a great variety of lighting effects that you could activate without requiring any software.

Additionally, you also have the option to change the brightness of the LEDs and the speed of the lighting. We found the the HERMES P1 comes with an average brightness,, we would have loved to see them a bit more brighter.

GAMDIAS also comes with its own custom program designed for their gear. Inside the HERA software, users could change the color of the keys individually and also assign a few macros, to cope with those users who are missing their loved dedicated macro and media keys.

The Build Quality is Flawless 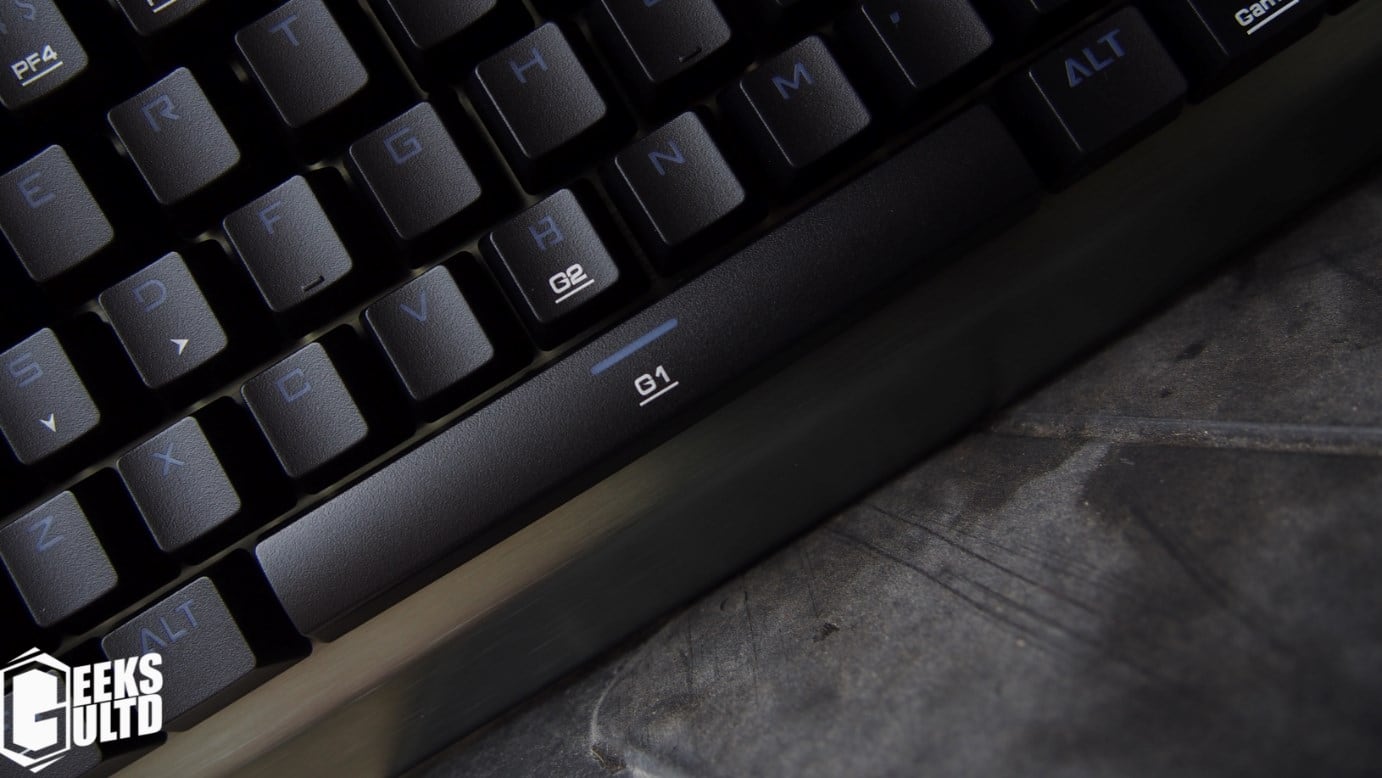 The build quality on the HERMES P1 is just flawless. From the base-plate to the plastic backplate, everything is strong and definitely screams high quality in the quality department.

The keyboard is also a bit heavy just like many mechanical keyboards. Therefore, giving it a bit more assurance of a high-quality product. 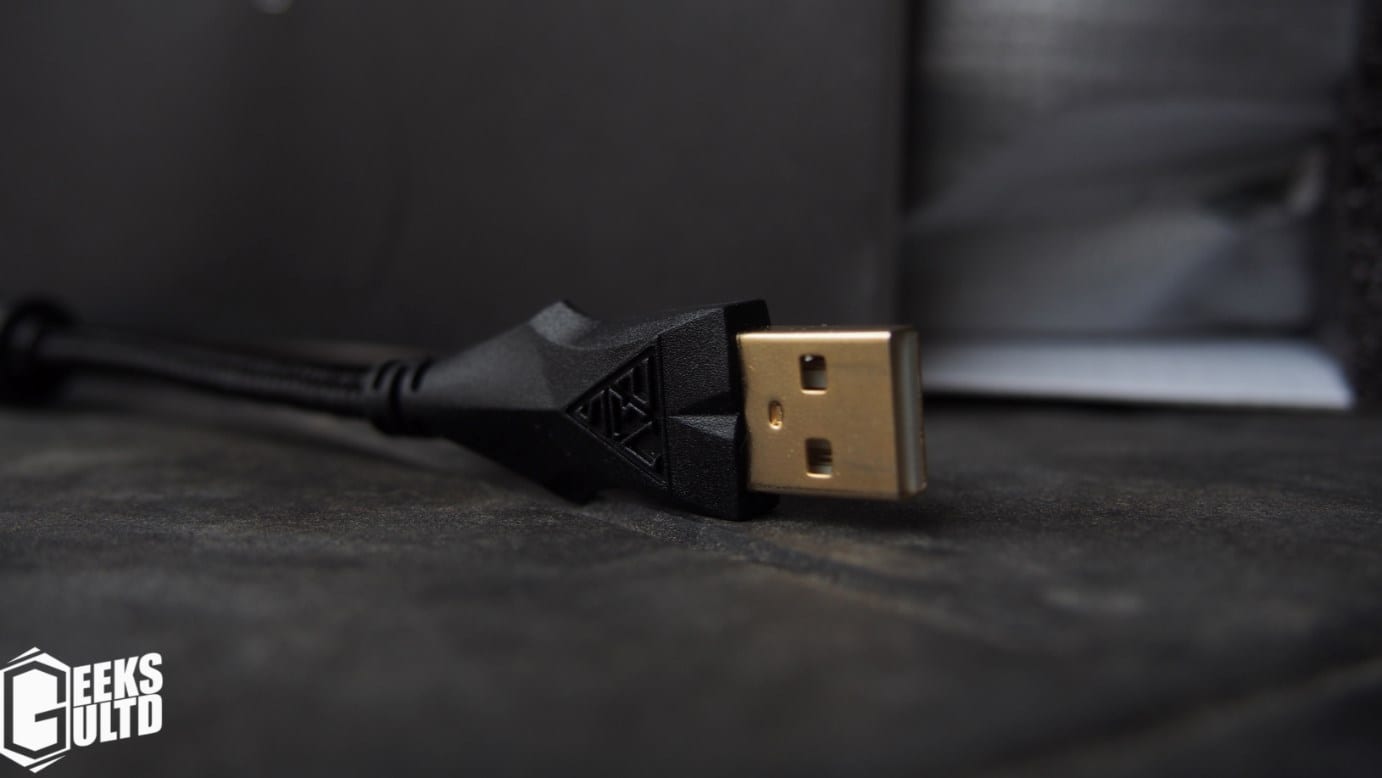 Even though GAMDIAS didn’t mention it, we found that the USB connector comes gold-plated that could ensure better conductivity and connection to the keyboard.

Talking about the cable, HERMES P1 comes with a 1.8m cable braided cable. Since the cable is braided, the braided cable gives the wire a cleaner and stealthier look compared to non-braided cables. We think that there will be no issues with the cable in the long run.

→  Cooler Master MasterBox Lite 5 Review: Hands-Down It Could Have Been Our Favourite $50 Full-ATX Case 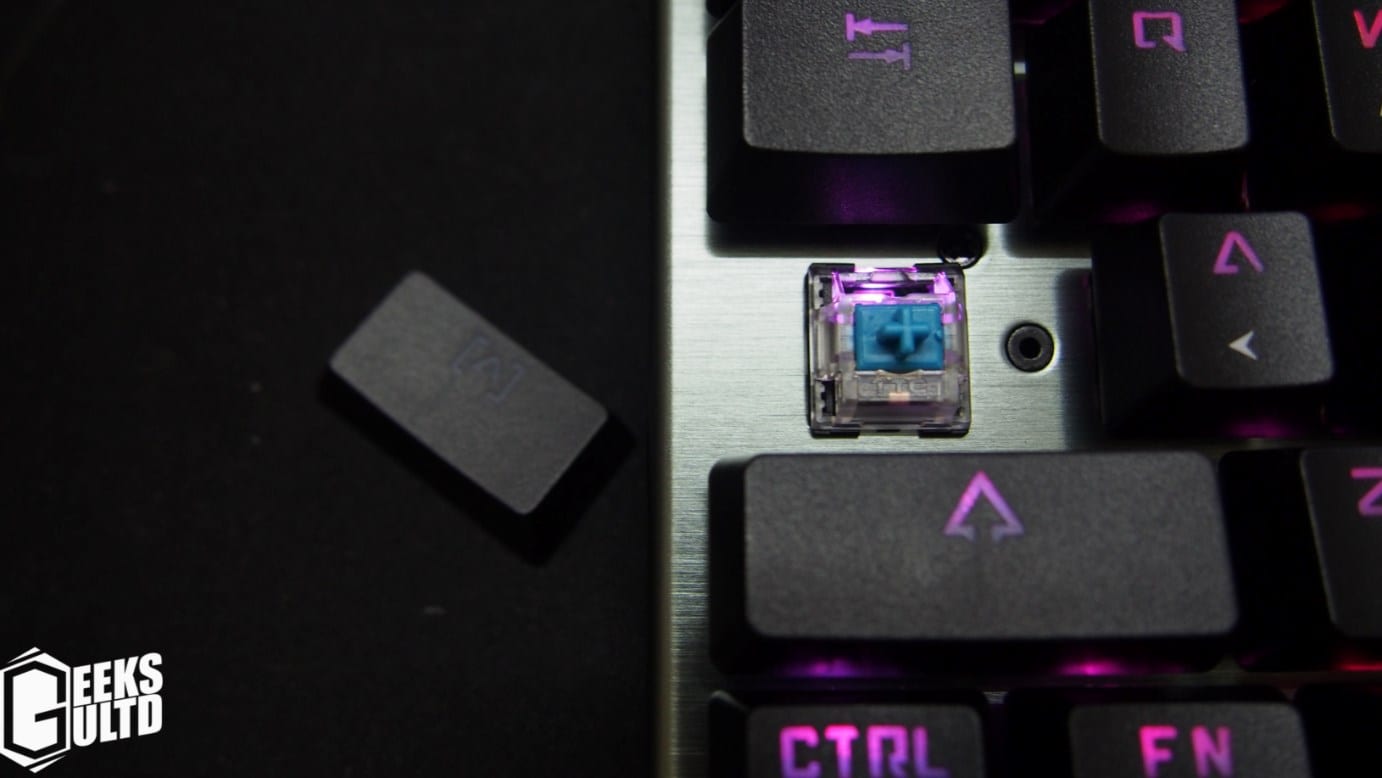 When we removed the keycap, we definitely knew that the HERMES P1 uses some type of blue switch. Looking closer at the switch revealed a brand called “TTC”, well that another new switch brand name now. So we decided to lookup GAMDIAS’s website. However, all GAMDIAS listed for the switch was “GAMDIAS Certified Switch”, that aside, the switches aren’t bad at all. So we decided to look even further and we found why GAMDIAS opted for a new switch brand called “TTC” in a Tom’s Hardware article. Here’s their response:

Seems legit enough, does it? Well overall, the switches are great in sound. Users should be able to user their custom Cherry MX keycaps with this keyboard as well.

Cherry MX users will be hard-pressed or will have to act picky to distinguish between the TTC switches and their original Cherry MX counterpart.

The GAMDIAS HERMES P1 RGB is an excellent keyboard indeed! Priced at $99, we think that the GAMDIAS HERMES P1 brings strong competition to the field. We are in love with the amazing build quality, floating keycap design and the feature set that the keyboard comes with. In fact, out of all of the reviews we’ve done till date, the HERMES P1 is the first to recieve a GOLD award from us!

There’s two caveats that would allow this keyboard to be flawless. First, GAMDIAS needs to relocate the cable to the cable routing canals, and second, improve the wrist-rest attachments as we mentioned above.

Despite being priced at $99, we frequently found the GAMDIAS HERMES P1 RGB retaling for as low as $87 on Amazon. Considering the price that GAMDIAS is asking for, it’s a good price and an even more attractive deal if you could find it for a bit lower.

Top 3 Beginner-Friendly Tools to Create Images Without a Background

Know About Ben Shapiro And Abigail Shapiro Political Views On Any Topic.