A Pro That Forgets To Tick The Affordability Box
7.5

After HTC dealing with a ton of competition recently, HTC decided to push their game higher with the HTC Desire 10 Pro. Launching the Desire 10 Pro was a wise choice for HTC. Afterall, they are in a position where they really need to tackle many price points. The HTC Desire 10 Pro aims to be the top-dog multi-tasker for under RM1699.

Featuring an attractive trendy design, a plethora range of colors along with a few great features up its sleeve, the HTC Desire 10 Pro really wants to pull in the trendy users. But with Chinese manufacturers filling in the nooks and crannies, does the HTC Desire 10 Pro have the “Desire” to survive? Let’s find out! The unboxing experience was simply pleasant. Yet again, we see HTC utilizing their rounded square boxes for the packaging. The boxing color scheme has really been kept to a minimal, especially with the gold accents around the sides of the box to add spice to the simple white box. On the rear of the box, you’ll find the specifications and features the HTC Desire 10 Pro packs. 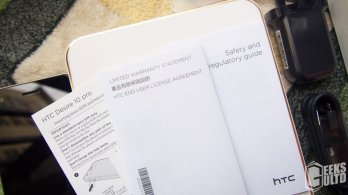 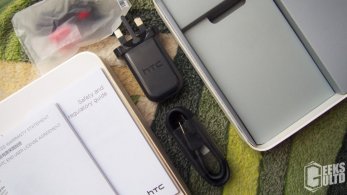 Inside the box, you’ll find an adaptor to charge the phone with, a USB sync cable, some documentation, earphones with earbuds and the phone itself. The model we have is the Stone Black model with 64GB of internal storage.

With the young generation falling for trendy colors, HTC has kept nothing short when it comes to color choices. The HTC Desire 10 Pro comes in 4 colors; Stone black, Royal Blue, Polar White and in Valentine Lux. The HTC Desire 10 Pro comes with a 5.5-inch Full HD (1920 x 1080) IPS display with a PPI of 401PPI. Surrounding the display, you’ll find the 13MP selfie camera, the earpiece, a Notification LED and touch navigation keys at the bottom of the device.

One the rear of the device, you’ll find the large camera hump, a laser AF sensor, flash, a fingerprint sensor and some gold accents around the device topped off by the HTC logo.

Since the phone is built of plastic, for the feel, HTC opted for a matte finish on the rear of the HTC Desire 10 Pro. While it is very pleasing to hold, oils and stains are really a bummer to clean off the device. 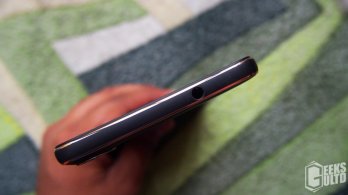 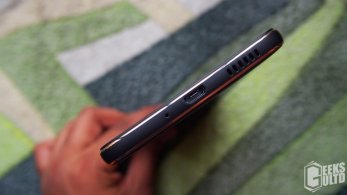 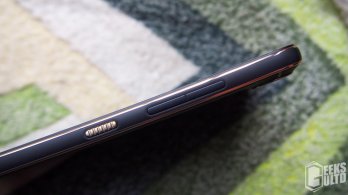 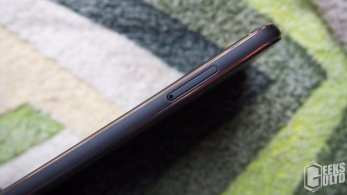 On the top and bottom of the device, the trendy gold accent continues. On the top of the device, you’ll be pleased that the 3.5mm jack still exists and the new Type C cable scarce doesn’t haunt you. Despite the HTC Desire 10 Pro being equipped with a Micro-USB cable, the phone still supports Fast Charging.

Coming towards the right-side of the device, you’ll find the volume rocker, and a textured power button of which both are made of plastic.

On the left-side of the device, you’ll find the SIM card tray, and that’s about it.

Regarding the build quality of the device, the HTC Desire 10 Pro just isn’t your tank. As of what we’ve seen during our testing, the HTC Desire 10 Pro does have a creek sound as soon as I start to apply pressure. Sadly this wsn’t our device to test out the durability. Even though, the phone should hold up okay for short drops and a bit of pressure. Just be careful with the device. The display on the HTC Desire 10 is great. It’s a 5.5-inch Full HD IPS display that aims to bring great colors. While it’s not AMOLED, the phone is a joy to look at. Contrast and Saturation are on point and not overdone. Brightness is great indoors, although it’s not bright enough for harsh sunlight.

Consuming media on the HTC Desire 10 Pro is a great experience. While not QHD, I think adding a QHD display would have made it a killer attraction for this phone. But we all know the advantages for a lower Full HD display right? HTC has got to include some type of over-the-head feature to call the HTC Desire 10 “Pro”, this is one aspects where HTC took sound in control. First, because they included a headphone jack, and second, because it comes with a 24-bit DAC for audiophile enthusiasts out there. Definitely “Pro” worthy!

Overall, the speakers are loud, but not too loud. For the most of the part the sound is pretty good. Although, some users may mind the bottom placement of the speakers.

Call Quality was fairly good on Malaysian networks, and the volume seems to be a bit on the muddy side. Both sides of the call could hear each another clearly. The HTC Desire 10 Pro comes with Mediatek’s Helio P10 octa-core SoC. In Antutu, the device scored above the 50k mark.

During our testing the HTC Desire 10 Pro runs most apps and games like a champ with minimal stutter. Yes stutters are preset but it doesn’t ruin the experience of using the phone at all. Paired with 4GB of RAM, the phone is aimed to deliver more multi-tasking rather than shear beastly performance. On the other side, gaming is possible on the device.

Multi-tasking is indeed the core idea here. With the trendy design that HTC implemented here, I don’t think they were focusing on gamers in the first place. The cameras on the HTC Desire 10 Pro are just average in my opinion. Of course they wanted to leave some room for the HTC 10’s glory. Overall, shots looked very pleasing in daylight environments. Meanwhile, Indoor and Low-Light shots turn out to be a tad bit washed out along with more than some reduction in the sharpness of the image.

As far as we’ve tested cameras, the camera seems to be a bit above the average competition. Here’s a few test shots for your personal satisfaction.

Please Note: All pictures we’re shot on auto mode without any post-processing done to the pictures. 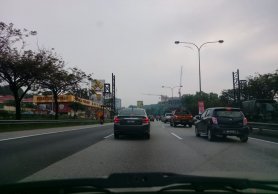 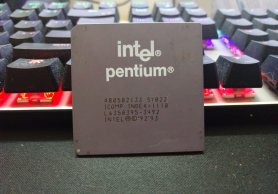 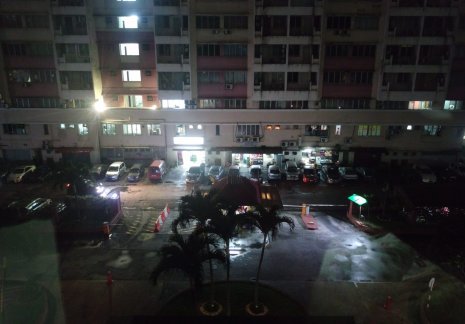 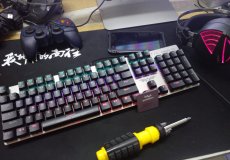 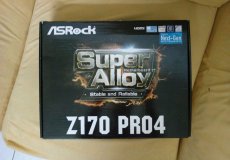 The battery life on the HTC Desire 10 Pro is average as of what I’ve been testing since the last three weeks. Users who will use the phone for their whole day. Say, 9-5pm users, the HTC Desire 10 Pro will cater those users well. During our testing we found the phone lasting for a full day on light users and even touching the second day with a bit of life left. With medium-heavy usage, we found the phone falling short of 3/4th of the day which is pretty good considering that we have GPS & Wifi on most of day. Afterall, if you’re a heavy user, you’re going to be finding yourself charging the HTC Desire 10 Pro just like many other phones out there.

Charging, however, comes with a common feature we’ve been seeing in more than a few phones, that is, Fast Charging. The HTC Desire 10 Pro uses the old conventional and all-so popular Micro-USB cable to juice it up. Charging the phone takes more than an hour. However, the caveat here seems like there’s no fast way to charge the phone if it’s dead other than the constant charging rate.

The HTC Desire 10 Pro comes with an SRP of RM1,699 in Malaysia, that’s about $379 for you American folks out there. For that price, the HTC Desire 10 Pro is taking on the likes of Motorola, OnePlus and many Chinese brands in Asia. Comparing the phone against the similar priced competition definitely gives it quite a “No” nod to many. However, the trendy design, camera and loyalty to HTC may mean a lot for many fans.

With the rise of Chinese competition, the HTC Desire 10 Pro really seems overpriced for what it’s providing in such a price bracket. For those living in regions where OnePlus and Motorola don’t exist, we’d definitely recommend the HTC Desire 10 Pro without a doubt if that’s what your wallet allows.