The Call Of Duty franchise received a ton of flack as soon as they released their Call of Duty Infinite Warfare Trailer last year. With the reveal and release of Battlefield 1, many gamers wanted a new COD game that would take war back to its roots. So there it goes. Earlier this week, it was confirmed that there will be a global reveal of COD: WWII.

May the Battlefield and Call Of Duty Wars Begin

We knew COD:WWII was coming for a while, but having it come in as soon as the end of this year should really delight many fans. After all, the COD franchise really holds a strong player count despite all of the flack.

Since the game is going back in time, the studio, Sledgehammer Games, confirmed that they’ve done extensive research about the WWII era to make the game as authentic possible. Indeed taking such a game back in time would really be interesting especially with Battlefield 1 around.

Battlefield 1 was really a huge step forward in terms of it’s Story mode campaign. In fact, it’s the best part of the game, from the cut-scenes to the actual missions. The story mode is very engaging. However, we would wish for it to be longer if EA continues in the same path for the next Battlefield title.

A leaked poster recently confirmed the release date for COD WWII. We knew that the release of COD:WWII with the earlier leaks that also confirmed that COD:WWII will be released on November 3rd, 2017. With this ad banner, it just further confirms it.

Even though it does seem Photoshopped and sketchy by most means, if true this could align with the leaks we’ve been seeing earlier. After all, earlier leaks did show off a cover with the same release date as the banner spotted in Paris. 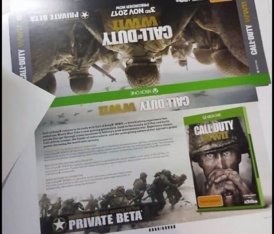 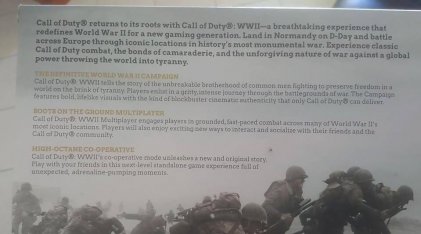