Asus has been in the smartphone market for over three years now. The company has rapidly evolved and has seen some amazing feedback from it’s consumers in recent years. With the launch of their Zenfone 3 Lineup, it was finally time for Asus to offer great metal unibody designs to the masses.

When Asus first unveiled their lineup of their Zenfone 3 series, they had two smartphones set to fill the RM1000 market, the Zenfone 3 Max and Laser. After a meetup with Asus, Asus confirmed that they are planning to merge both of the devices. So here it is!

That’s a solid fella there! Taking a look at the front of the device, you’ll find the earpiece followed by the 5.5-inch display and the touch buttons. Not to forget about the front 8MP selfie camera that’s located towards the left of the earpiece 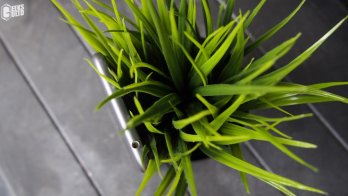 Taking a look at the top and bottom of the device, you’ll find the speaker grill, a MicroUSB port to charge your device and lastly a headphone jack.

Regarding the build quality, it’s actually solidly built. It has a bit of weight to it, but it feels pretty solid. The rounded corners feel comfortable in the hand and the textured buttons on the side of the phone really help in distinguishing between the volume rocker and power button. The Asus Zenfone 3 Max comes with Asus’s takes on Android. Running on Android 6.0 out of the box, the Zenfone 3 Max is due for some Nougat updates despite Android Oreo being teased lately.

Now, Asus has been offering their take on Android OS for quite a while now. Despite using a lot of phones with a lot of UIs, Asus’s UI is among the UIs that take the cake from us.

Taking a look at Antutu, the Asus Zenfone 3 Max ZC553KL scored 43,570 points which is pretty respectable. Although benchmark numbers do not give us an experience at how real-life performance dictates on a particular phone, it’s still a good test to check out some rankings.

Gaming performance is decent enough on the the device. Most games should get you a playable experience, although demanding titles don’t play very well on the Zenfone 3 Max ZC553KL possibly due to it’s under-powered SoC. You could definitely see a few dropped frames in games like Asphalt 8, although you could turn down the settings a notch to get a better experience in demanding titles.

Roaming around the UI is quite an enjoyable experience however it’s speed it clogged once we load up a few applications in the memory.

The headphone jack is still here! Coming over to the audio side of the device, this is an area where the Zenfone 3 Max ZC553KL disappointed us. The volume level on the Zenfone 3 Max (ZC553KL) is considerably louder than our Mi5. Although the sound isn’t satisfying or clear at it’s max volume. If you have been using a phone with better speakers, whether whatever that phone may be, then the Zenfone 3 Max’s speaker wouldn’t satisfy your ears when consuming media. The Zenfone 3 comes with a 16MP rear shooter paired with an 8MP shooter for the front. The rear shooter comes with a 1/3″ sensor size that should improve your low-light pictures, at least in theory. Since it is meant to replace the Zenfone 3 Laser, Asus has included a Laser that helps it auto-focus in many conditions. Here’s a few camera samples: 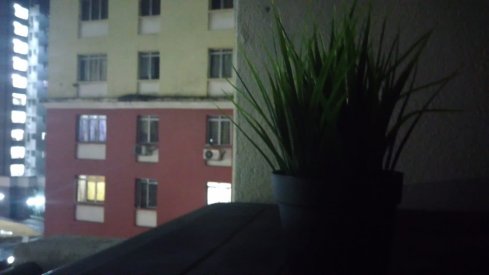 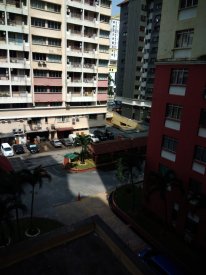 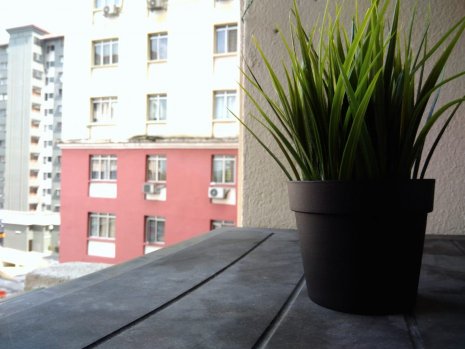 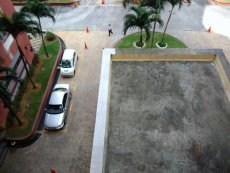 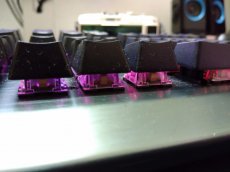 The Asus Zenfone 3 Max (ZC553KL) comes with an average camera at this price point. Just like it’s brothers, the Zenfone 3 Max ZC553KL takes great pictures in good lighting conditions. However, it could be a bit challenging for the camera to balance the highlights of the image. Saturation favors natural colors, meanwhile, there is a lack of sharpness in a few shots. But this wasn’t meant to beat the high-end market, was it?

As usual, the Asus Zenfone 3 (ZC553KL) comes with Asus’s take on low-light photography with their low-light mode that aims to digitally enhance the phone in tandem with the 1/3″-inch sensor. Results are okay, however, it requires you to hold the camera steady and does a good job at taking pictures in low-light conditions while it’s being hand-held.

More than a day of battery, thanks to the SD430, a low-powered chip that was released last year. During our testing, the phone would last over 2 days if it wasn’t used that often. However, kicking it in its socks and taking it on a GPS tour all day with Wi-Fi tethering on allowed it to last a bit more than a day that sounds really impressive on paper. Or does it? Here’s another area where we would love Asus to reconsider it’s offering.

With the launch of the Zenfone 3 series, Asus went with much premium materials with the Zenfone 3 Max ZC553KL compared to the original Zenfone Max that we reviewed last year. We’d rather have a thicker body and 5000mAh battery again, but pulling back into the 4100mAh mark for it’s battery just brings it closer to the competition that don’t call it’s phone “Max”.

Hopefully, its successor gets an upgrade to 5000mAh. Nonetheless, still provides some excellent battery life.

Now while the Zenfone 3 Max never meant to break benchmarks, the Zenfone 3 Max uses a low-powered chip solely to increase it’s battery and that’s what it’s trying to cater. We’ve seen numerous media outlets that complain about an under-powered chip on the Zenfone 3 Max, and they are correct, but only because of it’s price point. What Asus need to consider is how to keep it’s “Max” line consistent.

The Asus Zenfone 3 ZC553KL tries to deliver an amazing, yet attractive place in the market for RM899. The Zenfone 3 ZC553KL comes with some excellent pros such as great build quality a decent camera and a good display. However, Asus really needs to reconsider the price of the phone to make it even more appealing to its users who are really trying to afford it, especially considering that they’re offering a Snapdragon 430 in such a price bracket. If they do so, it’s a great option for power users and would make it unique between it’s competition.