Possible Xiaomi Mi6 Spotted On GeekBench, Comes With Dual 4K Video Cameras For The Front And Back

Xiaomi has really been an amazing contender in the Asian Market. Boasting high-end hardware as their luxury competition, Xiaomi has really taken the market by storm along with it’s other Chinese competitors.Until now, we’ve seen two big releases in the flagship market, the LG G6 and the Samsung Galaxy S8. We’re expecting the next flagship to drop from Xiaomi this year that will succeed the Mi5 and Mi5s.

Recently, an unknown high-end device from Xiaomi has popped up on GeekBench this week that could possibly give us a bit of clues regarding Xiaomi’s next big thing! According to the leak, the next Xiaomi smartphone comes with really compelling features. 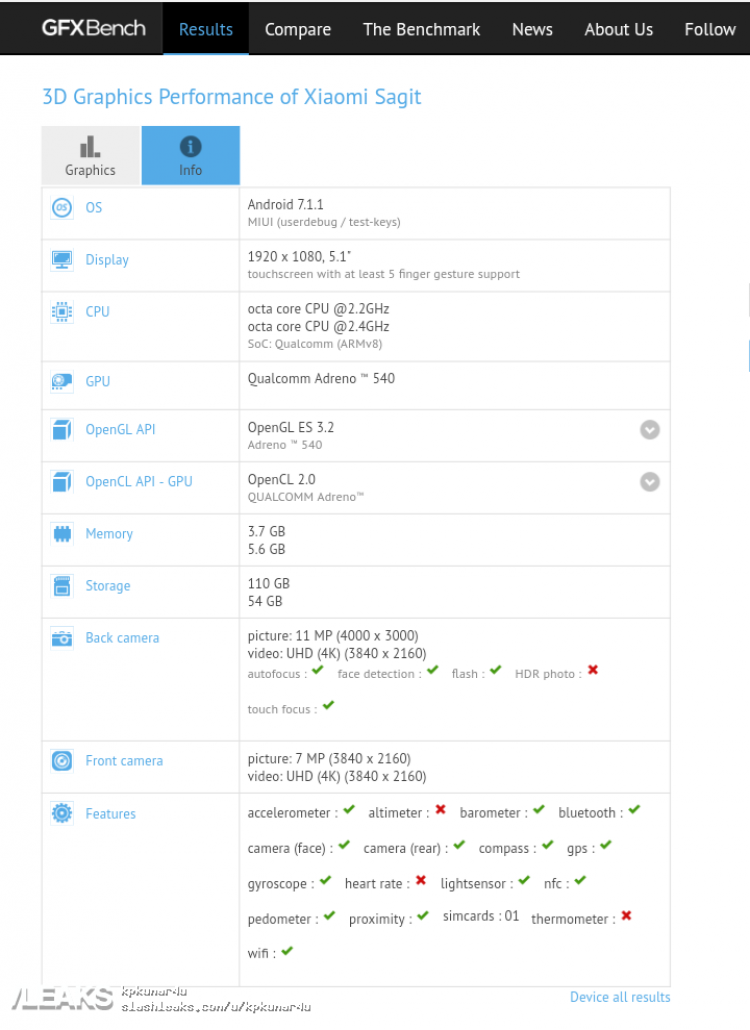 According to the Geekbench, it will come with a 1080p display which could actually mean that Xiaomi is sticking to the chins that have just been cut off the G6 and S8.

Additionally for the main powerhouse, we should be looking at a Snapdragon 835 according to the configuration mentioned on GeekBench. For storage, it seems like Xiaomi should be bumping up the storage standard up-to 128GB.

While it really does seem too early to confirm anything here. If anything turns out to be true here, it really looks like Xiaomi could be at it. All we need to do is hope that Xiaomi brings the Mi6 with an affordable price tag as well.