Asus has been manufacturing smartphones for a while now. With the release of the 5th-generation of Zenfone 5 devices, Asus added the Zenfone Max Plus M1 a few months prior to the reveal of the Zenfone 5Z and 5.

The Asus Zenfone Max Plus M1 is rather an interesting release, and I could see why Asus would want to reveal it prior to the launch of the Zenfone 5 series. Coming in with an affordable price of $179 / RM 709. Not only is this type of pricing for an 18:9 display device appealing, but it also makes sure that Asus has a contender within the price range too. However, the competition isn’t scarce. Even if you’re really reaching to get an 18:9 display, Xiaomi has the Redmi 5 and 5 Plus falling under the same price range. But hey, Asus’s Zenfone Max Plus M1 is no slouch either. But is the Max Plus M1 worth it? That’s the question we would answer.

Asus has a good reputation of manufacturing some solid, yet practical devices. Ever since the Zenfone 3 series landed, Asus had finally understand what their design language should look like. With the Zenfone Max Plus M1, we had a familiar Asus design that we have become familiar with. The Asus Zenfone Max Plus M1 comes with a metal body design, along with a new 18:9 display engulfing most of the display. While this was Asus’s first attempt at the 18:9 display trend, it wasn’t a bad one.

At the front of the phone, there’s a hidden notification LED, a selfie camera, and a large display. All together, it seems like its a simple setup overall and looks clean too. There’s an absence of physical or touch-capacitive keys since Asus has opted to use on-screen navigation buttons.

Regarding bezels, its neither your S9+, neither is this a high-end phone. There’s a decent chunk of bezels on top and bottom of the device, or as you may call it, the forehead and chin of the device.

Flipping the phone over onto its back reveals the dual-camera setup that Asus has made a standard since the Zenfone 4 series. On the Zenfone Max Plus M1 the second camera acts as a wide-angle camera. While the first camera does its job as its supposed to like any ordinary smartphone camera. Skidding down the phone’s metal body reveals a fingerprint sensor and two antenna lines to improve signal reception.

Overall, it looks like a clean device, no frills, period!

Taking a look at its sides, the Asus Zenfone Max Plus M1 comes with your usual setup plus a headphone jack. However, the Zenfone Max Plus M1 doesn’t charge through a USB-C connector, rather, the device relies on the old Micro-USB connector to charge and transfer files. So yeah, users who have moved onto the USB-C realm may experience slight difficulties.

Asus’s first attempt at the 18:9 standard isn’t bad at all. As we mentioned, the bezels don’t look bad either. However, the Asus Zenfone Max Plus M1’s 5.7-inch 1440 x 720 is no slouch though. It produces some rich colors which result in a decent media consumption experience.

Users shifting from their 16:9 displays to the Zenfone Max Plus M1 would find that the display on the Zenfone Max Plus M1 is quite taller than their usual 16:9 displays. On top of that, users would have to re-adjust their typing experience a bit if that 16:9 display has grown over you. Since I’m quite a “typer” who doesn’t often look at the on-screen keyboard, I did find that the keyboard is a bit lower than I anticipated due to the larger display area which shifts the keyboard to a lower position.

Regarding brightness, the display features a decent amount of brightness which is perfectly visible outdoors. However, the display is a bit lacking outdoors. The outdoor viewing experience is just below decent, or in other words, something you could work with at least.

Regarding the audio experience, the audio produced by the drivers within the Zenfone Max Plus M1 is decently loud. Louder than many devices, in fact. However, they do lack a decent amount of clarity and tend to slightly blow out a few vocals at loud volumes. While I might be too picky about the situation, its normal to see such slight issues with lower-end smartphones. Overall, the phone does produce usable vocals and sounds to keep you engaged in your movies and music.

The Asus Zenfone Max Plus M1 comes with decent internals under the hood. Powered by MediaTek’s MT6750T SoC and 4GB of RAM, the Zenfone Max Plus M1 zips through your every day tasks with ease. Easy Macho! However, the phone isn’t meant to hardcore mobile gamers. Causal games should be no issue with this phone and that’s great for many.

What’s worth noting is that the Asian version of the Zenfone Max Plus packs a 1440 x 720 display, while the same device rocks a 1080 x 2160 display elsewhere.

Asus’s Zenfone Max Plus runs Android Nougat skinned by their in-house ZenUI 4.0 out-of-the-box. While Asus has been notorious for adding the best bloatware on the planet onto their phones. While Asus’s promise of removing bloatware from their phones short-lived, the phone does look good aside from the extra apps. Asus’s approach of adopting Google’s material design isn’t a bad choice. However, the phone’s UI resemblance isn’t like what you would expect on a stock Android phone.

Icons, navigation menus and a fonts have a ton of character in them. Navigation is as simple as you would expect and a lot of icons are as punchy as you would expect from Asus’s Zen UI. Asus’s take on skinning Android with their ZenUI has been pleasant experience. However, if Asus gets rid of the bloatware they’ve been pre-installing on their phones, the user experience would be much better than what Asus currently offers.

The Asus Zenfone Max Plus M1 packs a decent sensor within its body. Powered by a 16MP f/2.0 sensor at its rear, the Asus Zenfone Max Plus brings decent image quality to the masses. While this may be a budget phone. Asus’s commitment to making the dual-camera setup a standard on all of their phones is noteworthy. On the Zenfone Max Plus, the second rear camera is capable of capturing 120° wide-FOV shots to make your shots look enticing. And based off of our tests, we would call the shots to be average for its price range.

Since pictures are a bit subjective to many. Here, we would simply showcase a few shots we’ve taken with the device and would prefer to ask you to make a decision for yourself.

Note: All of these shots were taken in Auto Mode and no edits were performed on any of these shots. Also, what’s noteworthy is that the Zenfone Max Plus shoots video at upto 1080p/30FPS. 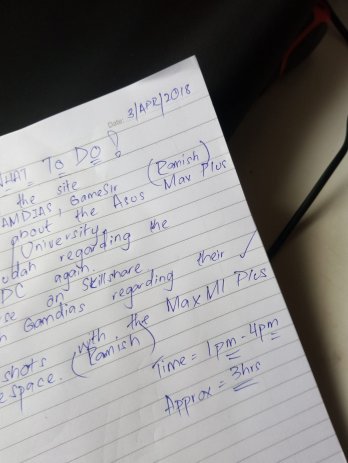 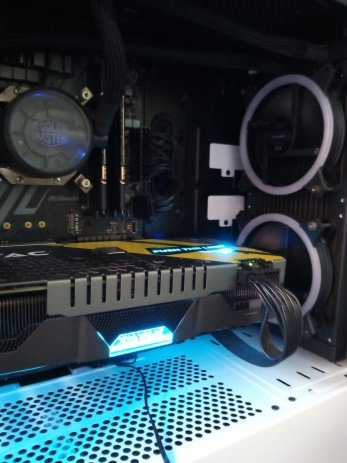 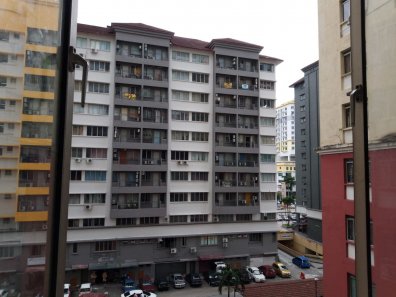 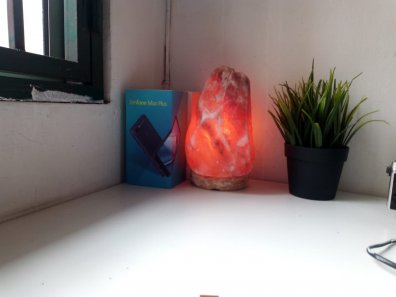 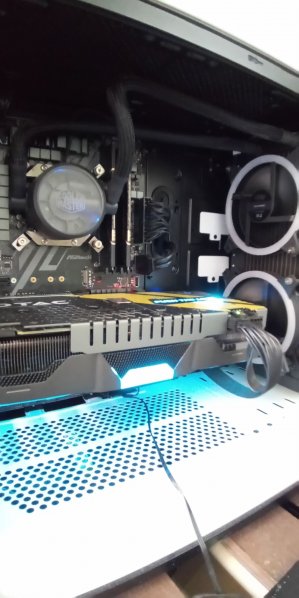 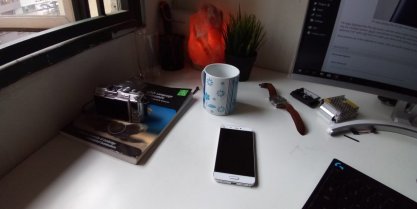 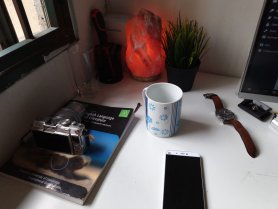 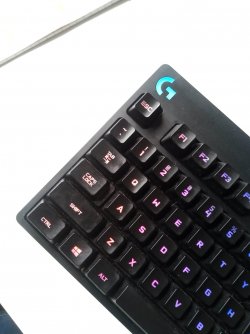 The Asus Zenfone Max Plus comes with a large 4130mAh battery. The Asus Zenfone Max Plus delivers everything you would expect from it when its about battery life. The phone would easily last you a day of heavy use with approximately 6-7 hours of screen on time. However, if you’re gaming for a while, the device would last you about 5-6 hours at max. However if you’re a social media type of person, the phone would easily make its way into the second day with about 15%-25% of battery left. I think that most users would have no issues with the battery life of the Zenfone Max Plus.

Practically speaking, many users would charge their phone at the end of the day. Speaking of charging your phone, charging times with the charger that comes in the box requires around 2 hours to charge from zero to 100%.

The Asus Zenfone Max Plus is a unique phone indeed. Not only did this give Asus its first shot at the 18:9 standard, but it also gave Asus some insights on how to design the Zenfone 5/5Z. I think packing what’s practical, in an excellent body, at an excellent price, is what Asus has pulled off here. For RM799, I don’t think that many users would have issues paying such a price for what Asus is offering.

Its an excellent device overall that’s held back by its mediocre set of cameras. However, for the price, I won’t complain much. Indeed a practical device for those who need one!