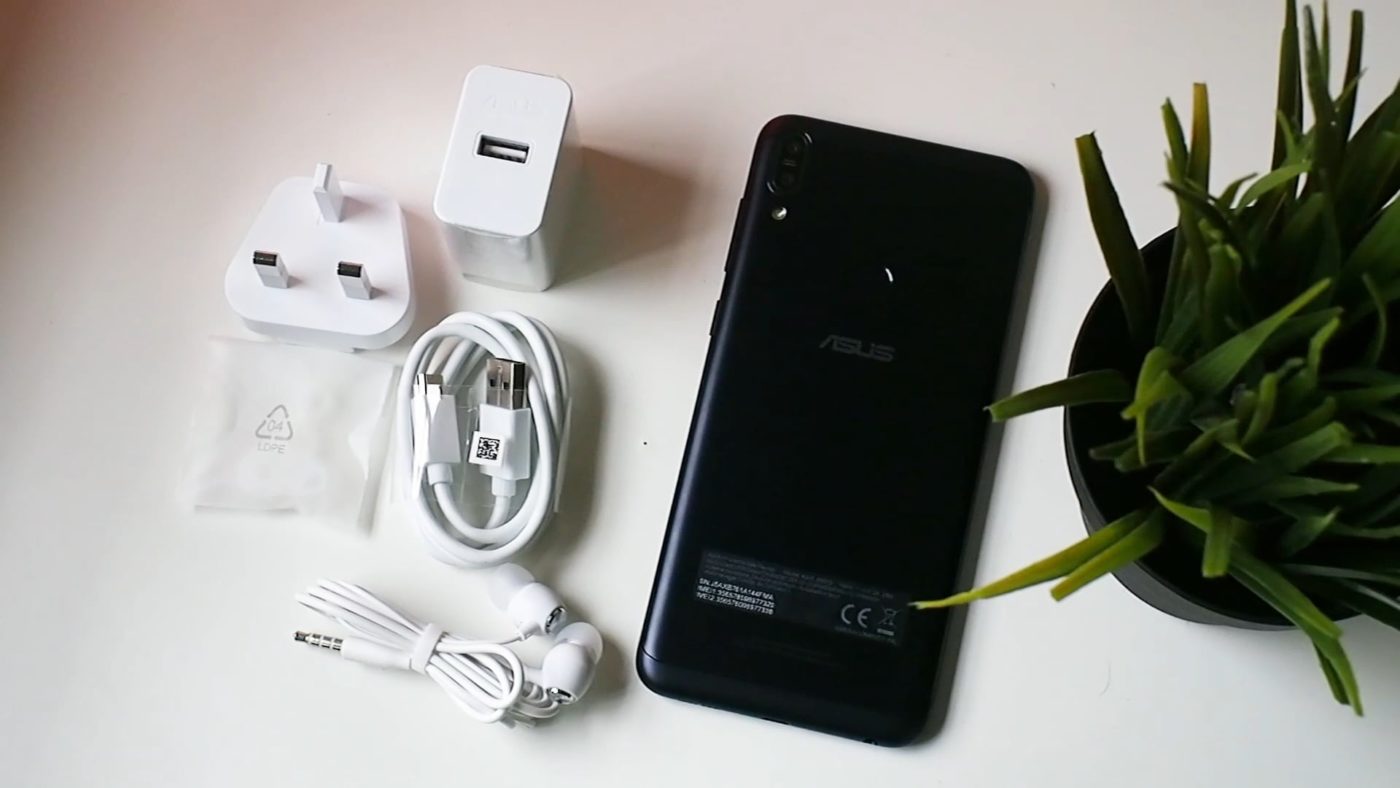 The Asus Zenfone Max Pro M1 serves quite well for its size when it comes to build quality. In pretty typical Asus fashion, the device has a metal back with plastic portions on top and bottom rear of the device to aid in signals. Additionally, the phone brings a decent amount of heft with it too.

Now Asus has adapted to the 18:9 display trend pretty well. After we reviewed the Asus Zenfone Max Pro a few months ago, we were right when we thought that Asus’s sudden release meant serious business not to only experience with the 18:9 format, but also compete with Xiaomi’s killer offering, the Xiaomi Redmi Note 5.

Part of the heft seems to come from the large 5000mAh battery that Asus has incorporated into the Asus Zenfone Max Pro. This not only adds quite a considerable weight, but at times does feel really solid. 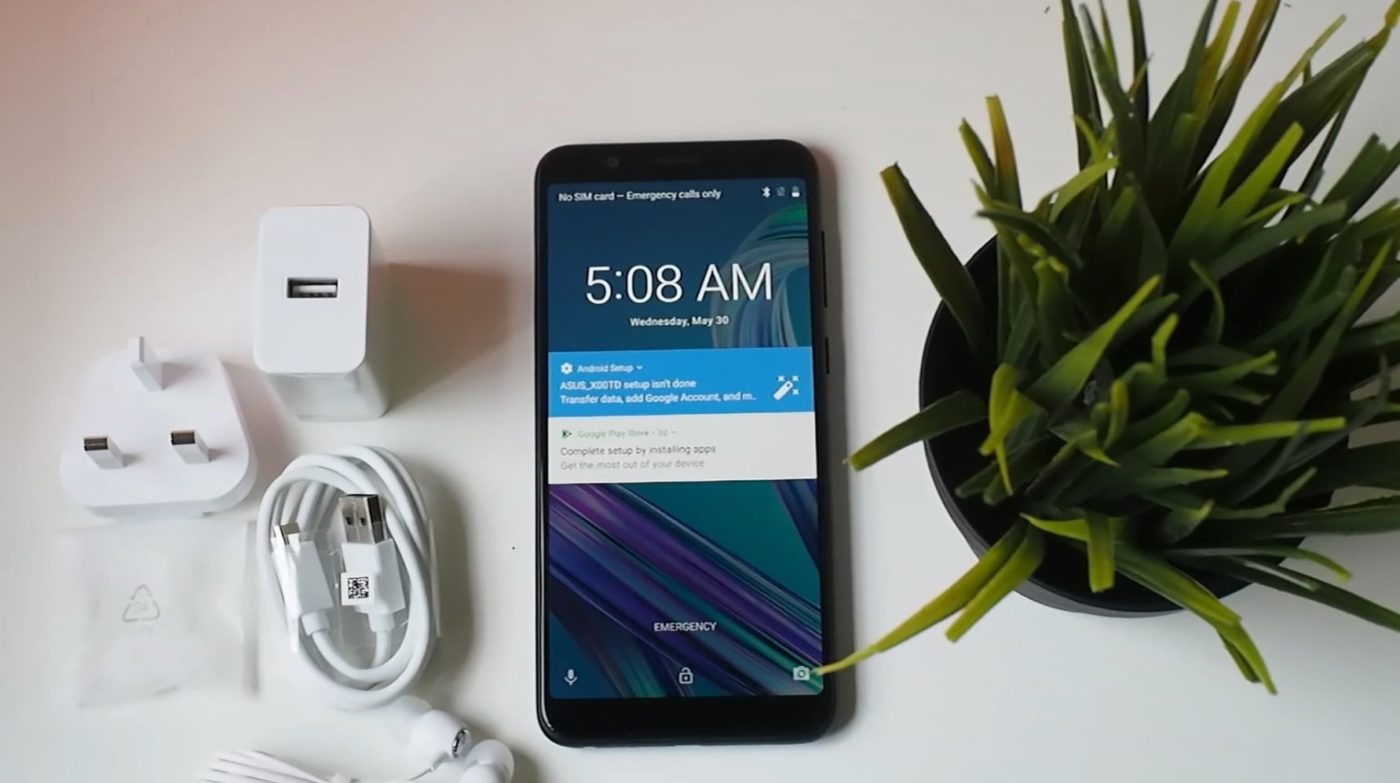 If you have seen or you’ve used the Zenfone Max Plus M1 before, you might notice a few subtle changes though. These changes include a much rounded body to comfort with gripping the device as well as the inclusion of much rounded corners around the display.

The Asus Zenfone Max Pro comes with the usual 2160 x 1080 display. And let me tell you now, the display’s color reproduction is amazing! Asus has completely nailed it this time around. Its really hard to explain, but previous Zenfone devices often came with Asus’s Splendid display tool that allowed users to calibrate the display according to their liking, and since I am a freak when it comes to saturation, the previous Zenfones tended to look great in one area and over-saturate the other areas. With this display, I’m simply adoring what Asus has packed into this phone. There’s some excellent viewing angles along with a decent amount of clarity. For a display that packs a FHD+ resolution in such a size, I don’t this that this resolution needs an upgrade anytime soon.

Regarding audio quality, the Asus Zenfone Max Pro M1 produces some loud vocals. However, since it’s meant to be blocked in a position that has now become a stable in the smartphone realm, the device often finds itself finding room to express its sound quality. I’d say, during my testing, the sound produced by the device remains pretty good until the 60% mark, above that, and the sound starts to cripple off.

→  Parallels Season 1 Review, Is It Related to Strangers Things

If you’re mindful of the speaker’s placement, I do think that the speaker should serve you well as long as you don’t block it.

The Asus Zenfone Max Pro M1 packs a Snapdragon 636 SoC paired with upto 6 Gigabytes of RAM. The unit we have here is the 3GB/64GB variant. During our testing, we found that the device performs admirably well, zips through apps with ease and keeps a few of your most recent apps in its memory pretty well.

Thanks to its strong SoC performance and stock Android experience, the Asus Zenfone Max Pro M1 managed to run pretty well despite its RAM size. However, this doesn’t mean that the device would keep a ton of you apps in its memory. 3 Gigabytes of RAM is certainly usable, but if you have been switching between more than a few apps, “a wild hiccup appeared” ( definitely not a Pokemon reference).

Gaming on the phone is definitely possible. However, as Asus markets it as the “Limitless Gaming Phone”, I wouldn’t say that its the ultimate gaming device, and you shouldn’t expect it for the price too. Certainly it does pack a large battery that lasts more than a while, but gaming performance does fall into the usable territory. There’s absolutely no way this phone would compete with the likes of the Samsung Galaxy S9 or iPhones, but what it does deliver is definitely respectable. Real Racing 3, a personal favorite, along with a few more demanding titles ran fine. Sure, Asphalt 8 requires a bit of tuning, but it does manage to run the game well at medium to low settings.

Here’s a few shots to judge for yourself. However, if you want to hear our verdict on the camera, I would call it “slightly above average”. On top of that, I was dissatisfied with the fact that Asus didn’t port their camera UI over to the Zenfone Max Pro M1 since its an Android One device.

Often times, the Asus Zenfone Max Pro M1 manages to capture some great details outdoors. However, once you start to challenge its HDR capabilities, it starts to feel confused. Often times, the HDR on the Asus Zenfone Max Pro M1 tended to either hit the highlights or the shadows. This was a bit frustrating at first, but it did require me to take a few tries to get the shot and exposure right on the device.

But as harsh as it may seem, the device’s images turn out to be very well exposed when the situation is right and this, in my opinion has to do with Asus’s decision to opt for the Snapdragon Camera app instead of their in-house camera app. Not only does the Snapdragon Camera App feel really outdated, but it simply made me wonder that Asus was thinking. I mean, Xiaomi did port their native camera app to the Mi A1 as well, didn’t they, despite the fact that it runs and stock Android.

Overall, I would call it a decent performer for the average joe and for the price I can’t really complain other than the fact that the camera could have performed even better.

During our testing, the device managed to last us for hours and hours. Talk about constant usage of Facebook for a full day to see your battery hit 30% by the end of the day, and that’s heavy usage right there. However, since the device packs a 5000mAh battery, expect the device to require about 2 to 2 and a half hours worth of charge time if you’ve fully depleted the battery on the device.

I could comfortably recommend this device to those people who are always on the go and have been frustrated by keeping a power bank with themselves.

What I am a bit disappointed of, is the fact that Asus opted to use the Snapdragon camera app to handle the camera rather than their Asus native camera app.

Apart from that, I do think that the device is pretty well-rounded and a killer option for RM 599 / $150.

Asus Zenfone Max Pro M1 Review: Talk About Killer Value
The Asus Zenfone Max Pro M1 seems to be an excellent device for the price. I mean, Asus is asking RM 599 / US $150 for such a device which makes me go bonkers. Apart from the excellent battery life and performance, the display that Asus has offered with the Zenfone Max Pro M1 simply amazes me what Asus has brought to the market in 2018.
7.9
Incredible Value
Share
Facebook
Twitter
Pinterest
VK
WhatsApp
Previous articleHere’s Battlefield V’s New Multiplayer Trailer
Next articleBattlefield V Would Have a Battle Royale Mode

Destroy All Humans 2: Reprobed Trailer Revealed That Its As Chaotic As The Previous Part!

Hogwarts Legacy Is The Begining Of A New Era Of Open World Wizarding Games!