Fortnite needs no introduction. The title has amassed over 125 million players across all major gaming platforms and smartphone devices. The massive success has allowed the developers, Epic Games, to receive numerous partnerships and offers since their recent E3 2018 visit 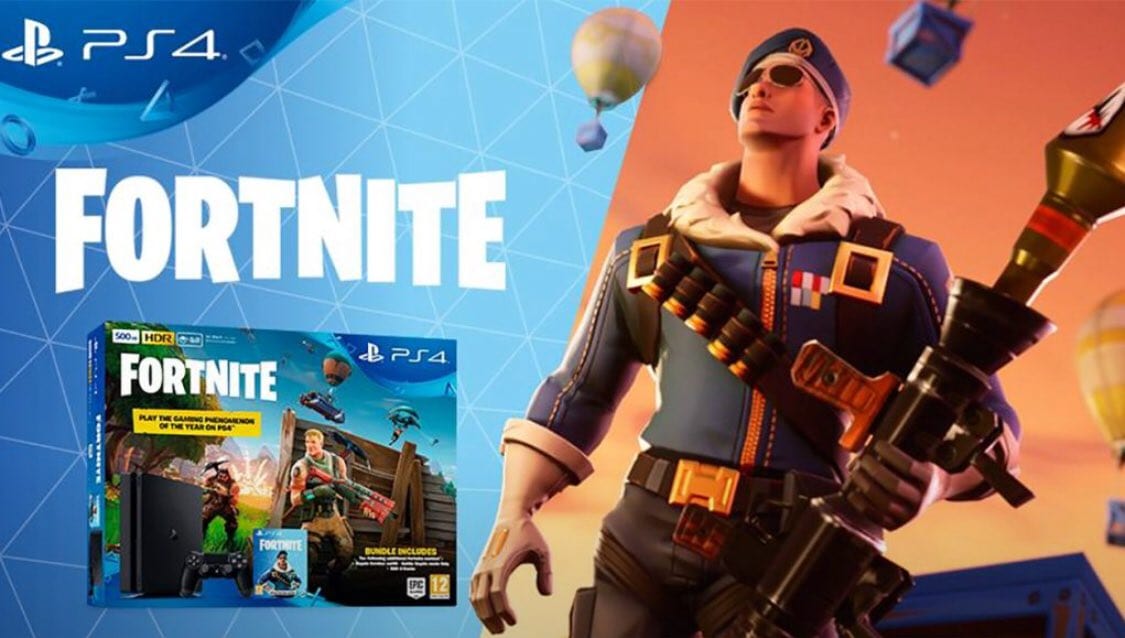 After E3 2018, Sony has decided to launch a Fortnite-themed PlayStation 4 console. This console would bring some exclusive perks compared to your standard copy of Fortnite. With this bundle you’ll get the above character, as well as 500-VBucks. Unfortunately, the PlayStation 4 console itself won’t get a Fortnite makeover which seems like a but of a bummer. Although, what you could be assured of is the fact that you’ll be getting a PS4-exclusive character.

The console would most probably retail in the European region though as PlayStation Italy’s Facebook page confirmed that the console is set to retail on July the 16th.