Steam amasses one of the largest gaming communities. Valve, the company responsible for Steam have just announced some amazing news a while ago. Steam’s Chat feature is about to get a major design overhaul. Let’s talk about what’s new in the latest BETA, shall we?

So “The-All-New Steam Chat” is here, and it brings some massive improvements, both, in terms of design and well as in practicality. The company has announced that players would be able to enjoy this new feature with the latest BETA release. 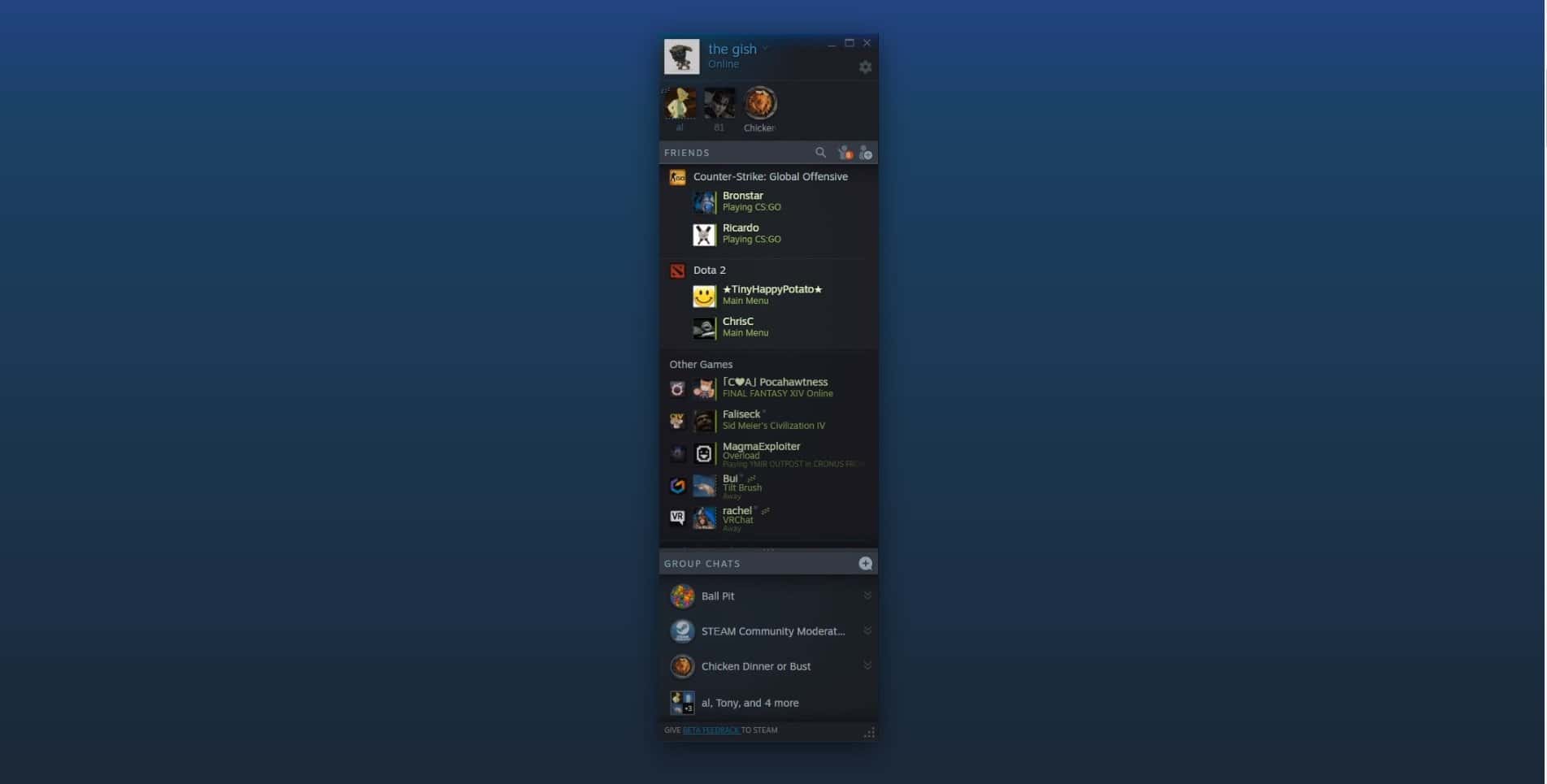 With the all new Steam Chat, you could assign your favorites, group your friends, see your friends organized in groups based on the games their players, organize your friends based on the party they’ve join as well as clearly show what games you’re friends are playing. Impressive changes across the board, that’s for sure.

On top of that, the all-new Steam chat embeds linked images and videos for some “meme-ry” trolls to re-incarnate themselves too. Similar to Discord, players would also be able to create channels and invite players to their channels with shareable links. Not only is this available on the Steam Client, but you could access all of your channels too via your Web Browser of choice too.

Not only is this update really comprehensive, but is also a sign of what Valve has in store for the future of Steam. There’s cetainly going to be a disconnect in terms of design between the actual Steam Client and the Steam Chat, but it seems like this could be Valve’s first step in messing with the UI. Major updates ahead, that’s for sure…