Xiaomi has to be one of the most beloved Android brands for budget enthusiasts in Asia. The company’s slew of smartphones are very well-known for their excellent price-performance phones.

The Mi Max 3 is set to be the third iteration in Xiaomi’s Mi Max series of phones. So far, we expected Xiaomi to launch the Mi Max 3. However, rumors suggest that the Mi Max 3 Pro is also in the works and would most likely be launched alongside the Mi Max 3. 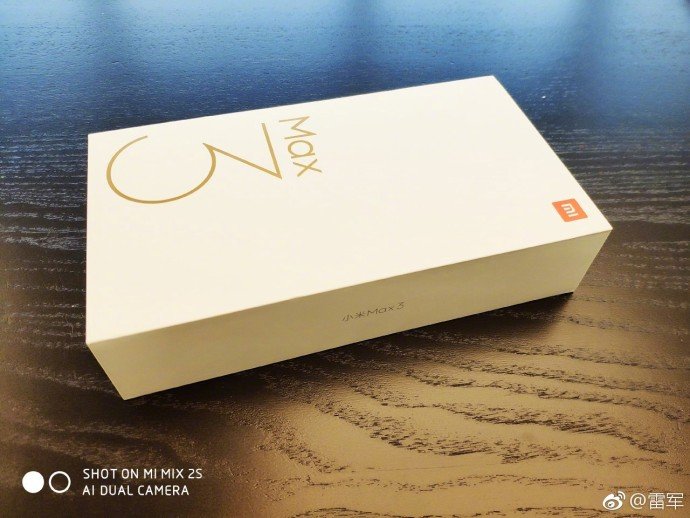 CEO Lei Jun took it to Weibo and showed off a box of the Mi Max 3. The hype for the next-gen device from Xiaomi is simply hyping up the excitement for what’s about to come in the upcoming week. The device is said to be completely be revamped in terms of design and that its design would be similar to Xiaomi’s Mi Mix series of devices.

Given the authenticity of the leaks that came out last week, the Mi Max 3 Pro is slated to come with a Snapdragon 710 SoC, a 5400 mAh battery along with a 6.9-inch display. The Mi Max 3, in this regard, should offer a toned down experience of the Pro model of the device with the exception of its SoC. But keeping the specs of the Mi Mix 3 Pro in mind, this has to be one of the most enticing budget devices of the year if Xiaomi decides to price it around the $200 mark which is highly likely based on Xiaomi’s history of price tagging previous “Mi Maxes”.