Gran turismo is a name which is unfamiliar to none and is a leading franchise by Sony which leads the PlayStation race simulation genre. The latest edition on the PS4, the GT Sport is up for grabs for quite a while now and hardcore car enthusiasts enjoy the game.

However Sony have decided to spice things up a little this time and bring something new to the table and hence they are adding a ton of new content in the new 1.25 August update. The new update will feature one of the most iconic circuits in history, the “Red Bull Ring”  the legendary circuit which hosted the Grand Prix for 18 consecutive years. 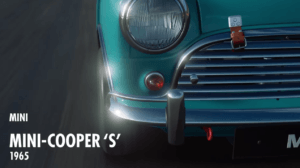 All these classic cars are sure to bring joy to those who enjoy iconic and classic vehicles plus the iconic track. It is great to see that Sony is keeping the game fresh and with all the Battle Royale fever some race simulation sure looks amazing. Since GT is the only one game which competes for the Forza franchise by Microsoft on PlayStation, Sony won’t let it die just yet and I’m sure they’ll keep supporting it and adding new content regularly due to the rivalry.