Samsung may not require much of an introduction for many PC users. Samsung has been a key leader for its fast, yet innovative storage solutions throughout many industries. Samsung’s T3 Portable SSD has been a staple for quite a while now, and with the launch of the X5, it seems like Samsung isn’t over yet.

Today, Samsung announced the launch of their new X5 Portable SSD, their first external storage option that features NVMe based storage for some insane reads and writes. Now aside from the typical USB connection, Samsung has opted to use Thunderbolt 3 connections to ensure that there is absolutely no room for any bottlenecks between the NVMe’s insane speeds and the 40Gbps (5GB/s) Thunderbolt 3 port. 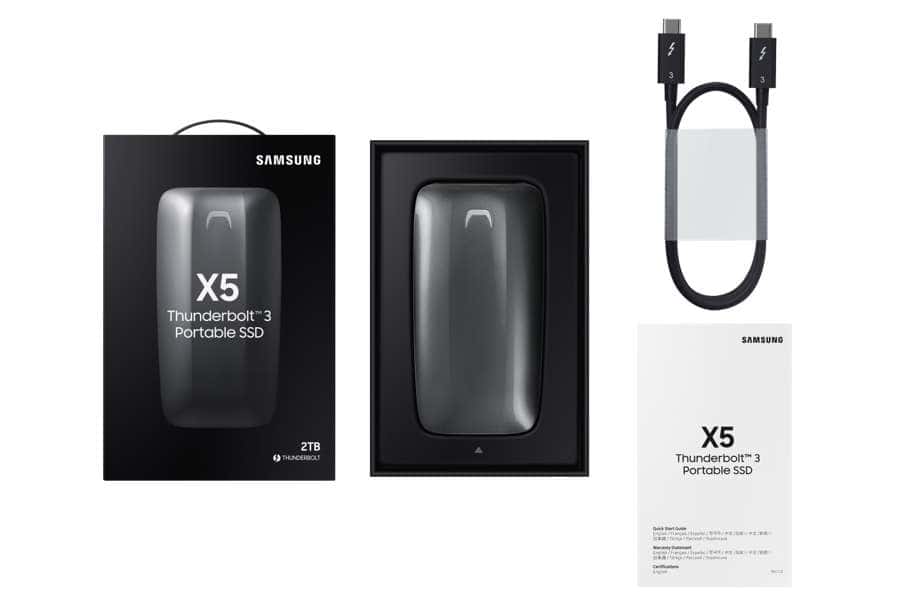 This new portable SSD from Samsung boasts about 2.8GB/s reads and 2.3GB/s writes and is aimed towards users who actually need for speed. Definitely not a pun right there. Users who take their video recordings on the go or people who actually need such speeds for critical performance applications would definitely appreciate the speeds that are said to be offered by the X5.

However, the exterior has to be equally appreciated. Regarding durability Samsung says that the SSD is able to withstand drops of upto 6.6 feet high and some form of internal overheating solution to maintain those blazing fast speeds. What’s interesting is that Samsung mentioned that the thermal management of the SSD is being handled by a “mechnanical internal solution” and never went into detail about it. However, given that it’s mechancial, it’s definitely not going to throttle the drive based on temperature it seems. 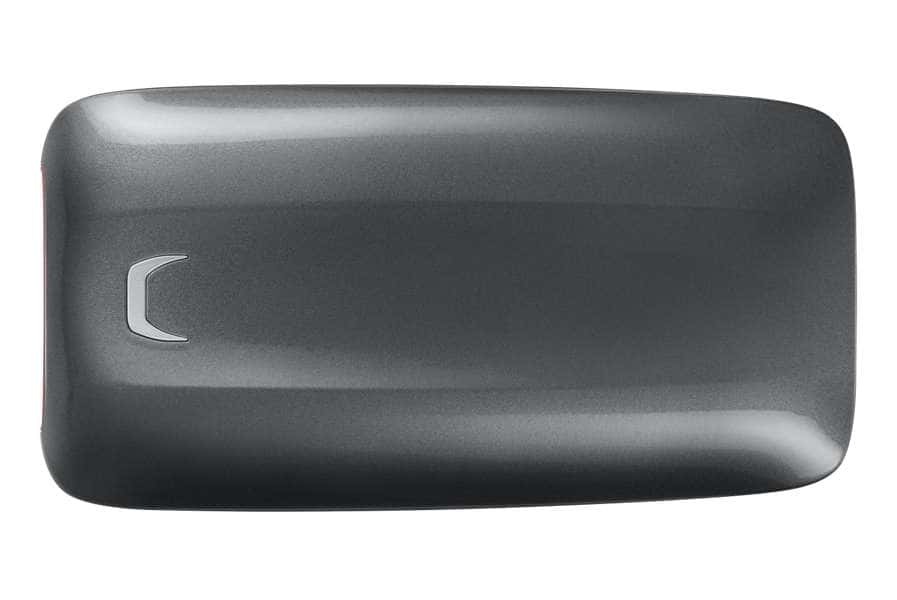