Based on the render below, we could derive quite a few details regarding the new Razer Phone 2. What isn’t obvious to notice here. While it does sport some form a resemblance to it’s older brother, the new Razer Phone 2 does feature quite a few changes that have to be addressed with this render. Immediately off the bat, we could notice the repositioned dual camera setup flanking the flash from left and right. In addition to that, being a device from Razer, the new Razer Phone 2 would pack that classy RGB bling embedded into the rear logo of the device as well as those classy front-facing speakers to accommodate an excellent media experience.

Regarding what’s similar to last year’s design, there’s still a lot to be appreciated. In typical Razer fashion, besides the absence of a headphone jack, the Razer Phone 2 features yet again a very practical blocky design, excellent dual front-facing speakers along with an excellent suite of classy circled buttons borrowed from their acquisition of NextBit.

As we expected in our previous report, the Razer Phone 2 does indeed skip the notch this time in favor of preserving those dual front-facing speakers.

As usual, the Razer Phone 2 is expected to run on stock Android. Leaks have so far suggested that the Razer Phone 2 would run on Android 8.1 out of the box and if true, would likely be updated to Android Pie later this year.

Regarding specs, being a gaming phone from Razer, we’re expecting the usual flagship specs. From the Snapdragon 845 SoC to 8GB RAM, it’s anyone’s guess. However, what would be interesting is it Razer does decide to bump up the internal storage capacity on the Razer Phone 2 to 512GB in an effort to catch up with Samsung’s Galaxy Note 9 and Apple’s iPhone XS/XS Max.

If we do see an upgrade on the Razer Phone 2, it would most likely be done on paper, most probably the refresh rate. Last year, Razer announced the Razer Phone with a 120Hz 2560 x 1440 display. Taking the above render into consideration, we should be looking at yet another 16:9 display with a 2560 x 1440 display with up to 144Hz refresh rate given that 120Hz has quickly dwelled into the ocean on the PC gaming market as 144Hz gains traction. Either way, if they do not change anything about the display, 120Hz is more than enough for most mobile gamers and becomes an absolute treat when sprinkled with stock Android. 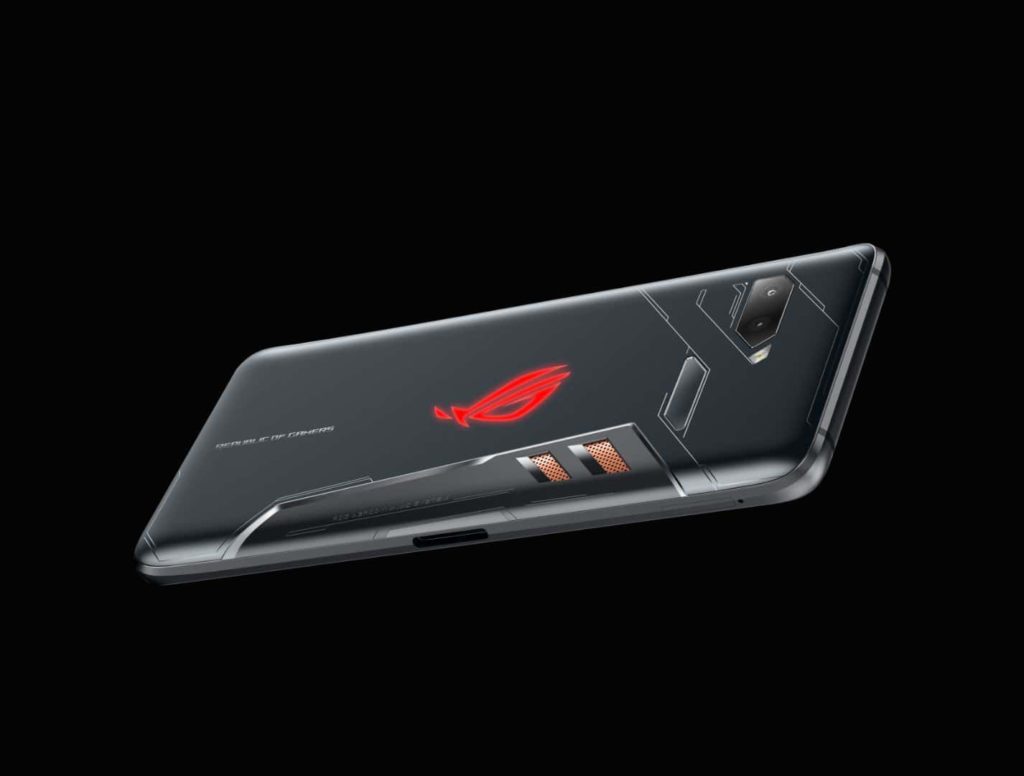 Given how harsh the competition has become lately since the launch of the first Razer Phone, I would personally be intrigued to find how well the Razer Phone 2 competes with Asus’s ROG Phone. Not only is the ROG Phone early to the party but it pretty much has everything covered even before the Razer Phone 2 started making headlines. From packing updated hardware to packing the same RGB bling, it may seem like Razer is late to the party. However, what’s worth noting is that the Razer Phone 2 packs a 120Hz IPS display rather than a 90Hz AMOLED on the Asus ROG Phone.

Anyways, the battle is about to go down with very harsh competition surrounding the Razer Phone. Hopefully, we might see a few more surprises from Razer at their Razer Phone 2 keynote.