Today, Samsung Announced the HMD Odyssey+ headset as a partnered product with Microsoft. With a creative team like Samsung at Microsoft’s disposal, they are bound to succeed and will definitely take complete advantage of this. The HMD Odyssey+ is the latest addition in the Windows Mixed Reality platform offering the latest and the greatest specifications to compete with the fast-paced market of VR.

Last year Microsoft announced their own platform consisting of Augmented Reality & Virtual Reality. The Holo Lens was a direct competitor to the Oculus Rift and the HTC Vive. The program would consist of the Microsoft Holo Lens and various other technologies. The Windows Mixed Reality certainly offered better portability by offering plug and play support but due to poor tracking and displays it never really took off. 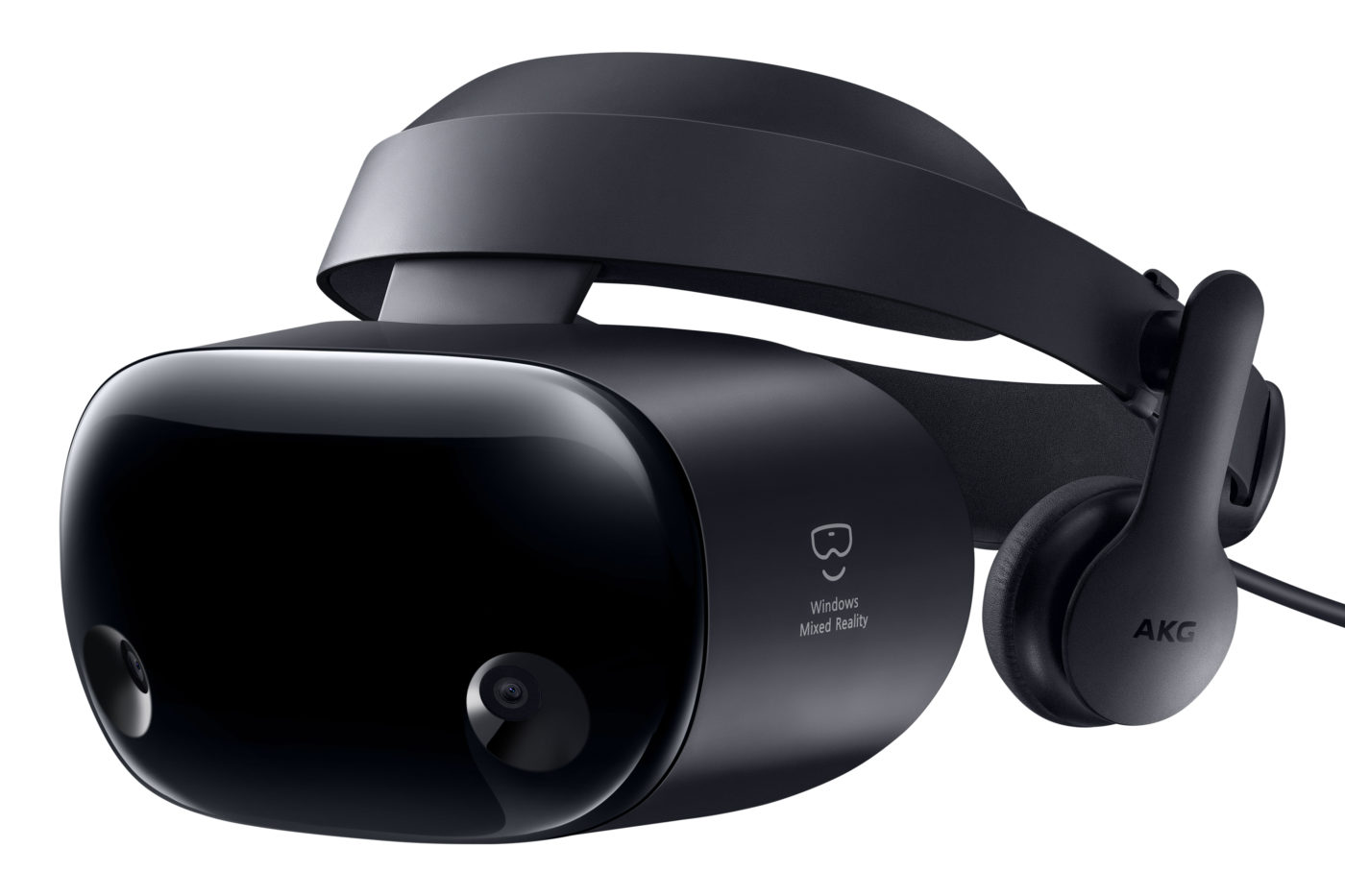 Samsung claims to have fixed the fine lines become visible on the display causing a weird trauma causing dizziness over time with the Anti-Screen Door Effect (Anti-SDE) Display innovation which would allow users to experience a seamless experience with an enhanced pixel density of 1,233 PPI. The headset itself has dual 3.5 ” AMOLED displays with a resolution of 1,440 x 1,600 per eye. Along with that, we have premium AKG audio technology embedded into the headset which will further enhance the experience with the advanced 3D audio.

Furthermore, the HMD Odyssey+ weighs only 590g and is made up of comfortable and breathable materials for extensive usage without being tired. The most innovative part of the headset is its ability to just plug and play instead of wasting time setting it up.

The HMD Odyssey+ uses 6 Degrees Of Freedom (DOF) tracking which provide desirable tracking and a very seamless experience ensuring natural movements without any noticeable delays. The complete specifications for the HMD Odyssey+ have been appended in the table below.

Now don’t let the word “Mixed Reality” fool you because the HMD Odyssey+ is purely a VR headset. Windows Mixed Reality platform consists of various different departments actively working to provide a mixed reality experience and one of them is VR. This does prove that Microsoft is in active development for a mixed reality gear and we might see one sooner than later.

The HMD Odyssey is available for sale in the US at the Microsoft store and will soon be available in other regions. For further information visit Samsung.com