Huawei is at its peak right now. The company is managing to exceed expectations in every department. Since they’ve gained traction, the company has learned how to deliver a few jabs here and there and following the launch of the Mate 20 and Mate 20 Pro, the company has just launched its second jab at Samsung and Apple. In a tweet today, the company said…

We would never slow our phones down to force an upgrade. We’re proud our new #HuaweiMate20Pro is #BornFastStaysFast – just like every other phone in our range. #NeverSlowDown

Following the launch of the Huawei Mate 20 and Mate 20 Pro, Huawei took its first jab at Samsung by at their keynote claiming that the Galaxy Note 9’s performance would degrade as much as 28% within the next 18 months. Samsung soon took the claim into consideration and said that they’re confident in the performance of the Galaxy Note 9 for the next 18 months. However, since then, it seems like Huawei has taken the upper hand as Samsung deals with a $5.7M fine in Europe for slowing down their older Galaxy devices. 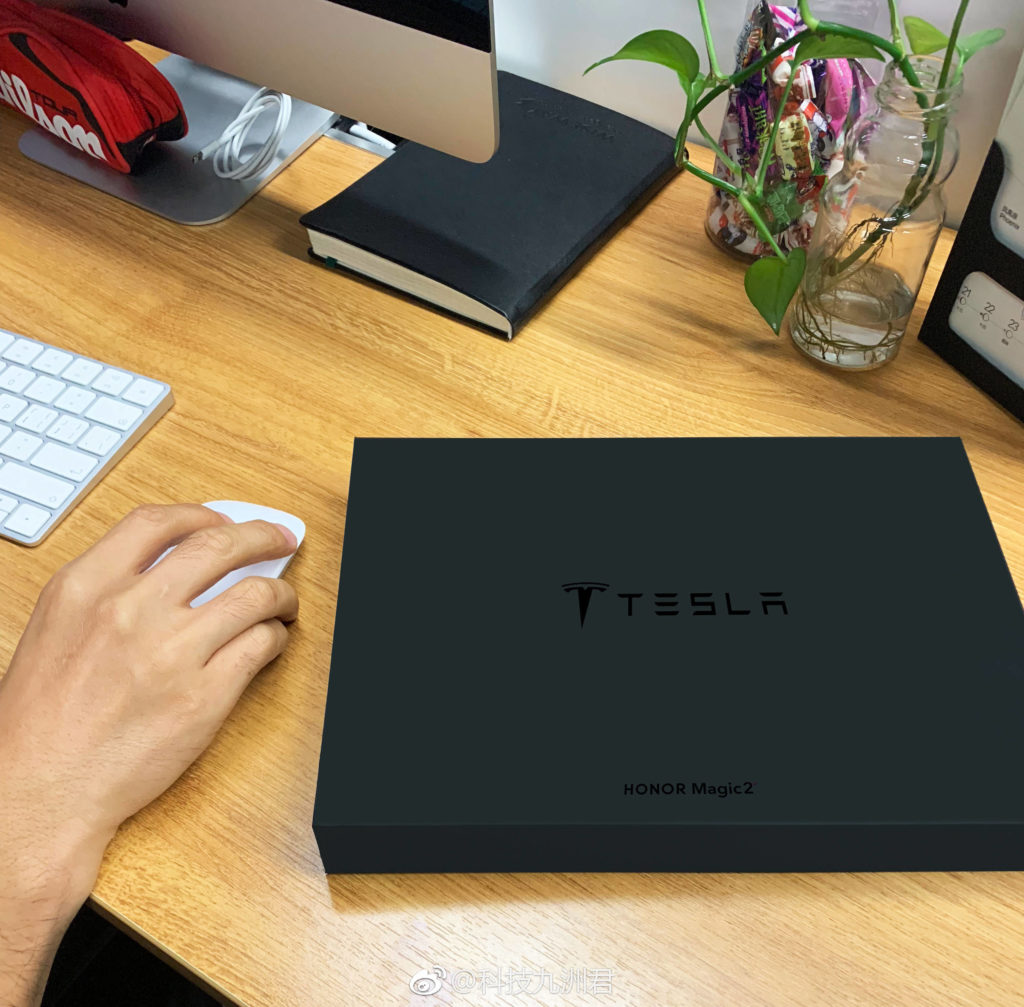 Huawei has gained a ton of traction over the past couple of years. Not only has the company been taking jabs at Apple and Samsung for quite a while, but has been keeping the mid-range competition heated as well with their Honor sub-brand that targets OnePlus and Xiaomi’s market shares. As we move further towards the end of October, Huawei has one last surprise to announce, and that’s the Huawei Honor Magic 2. Like its parent brand, Huawei, the Honor Magic 2 is said to come in a Tesla variant of the device similar to Huawei’s collaboration with Porsche over the past few years. So far, press renders have suggested that the device is said to come with a sliding design similar to Xiaomi’s Mi Mix 3 and that the device would pack the beastly Kirin 980 along with 8GB RAM in its shell to make the device even more enticing for customers. If Huawei manages to nail this launch with the specs above, Huawei could very well spell trouble for the OnePlus 6T and the Xiaomi Mi MiX 3, especially is the device launches with a sub-$500 price tag. Although, only time will tell how that ends up as we await for the Magic 2 keynote to commence.

→  Here's The First Renders Of Huawei's Next Flagship, the Huawei P30 Pro

October has been quite an incredible month. As it comes to an end, the excitement continues to soar the sky as we wait for the Huawei Honor Magic 2 and the OnePlus 6T to put an end to October.