Oppo definitely has to be one of the most innovative companies around. Chinese companies like Oppo have matured a ton lot over the past few years. As with the race to 5G, Oppo has just showcased some successful connections to their 5G with their custom-made R15. 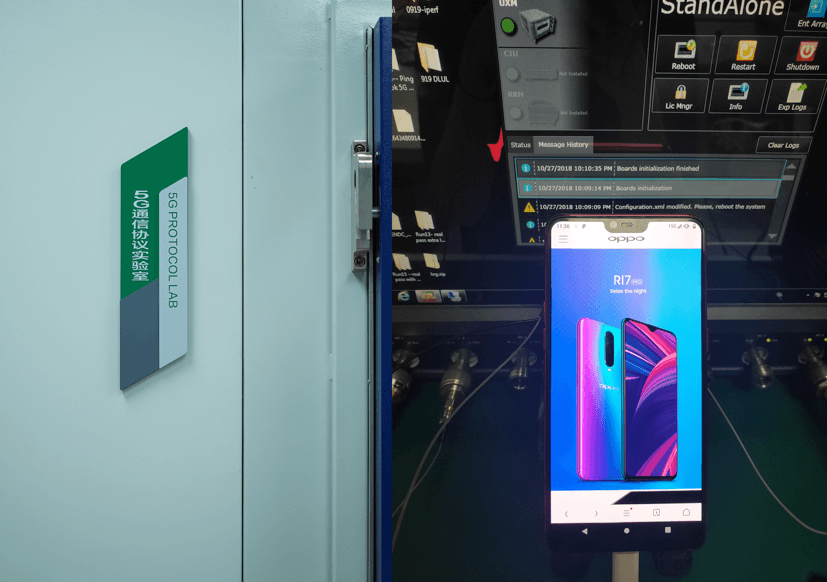 Although OnePlus and Oppo are on the same page, it seems like their R&D team are taking different paths so far. Oppo has so far done a number of other innovations over 2018 behind the curtains that are currently unheard of.

Similar to OnePlus’s preparation for 5G, Oppo revealed in their blog post that they had to customize the original R15 with custom-designed 5G System board, RF, and RFFE and antennae. This is impressive given that Oppo has already begun their quest for 5G. But then again, if their sub-brand, OnePlus, could do it, then I’d expect nothing less from the parent company. In a post, Oppo said…

OPPO made the connection successfully between an R15 smartphone terminal and the 5G network, in their 5G communication protocol laboratory environment. It is said the connection was carried out on a pre-commercially available 5G smartphone developed on the basis of OPPO R15. It was customized with fully integrated 5G components including System board, RF, RFFE, and antenna. The “5G” logo also appeared in the top right corner of the screen.

Europe is said to be one of the regions where 5G would gain its initial ground, followed by North America in the following months. 5G is said to be a huge deal when it comes to data speeds. However, it’s up to carriers to support the new tech which is why it is being limited to the US and Europe for the time being.

5G is set to bring a ton of promises. Researchers and analysts have so far promised speeds to peak up to 20Gbps once it matures but would kick off with a respectable 1.4Gbps speed during its infancy stages. So far, Xiaomi has been a sour candidate by teasing about 5G prior to the launch of the Xiaomi Mi MiX 3 but then ended up announcing that they plan to release it next year. Such a bummer.  As Samsung and other brands continue to pour in it seems like 5G would be the trend-setter for devices set to launch in 2019. We’re definitely looking forward to the launch of the Galaxy S10, Mi MiX 3 and OnePlus 7 next year.

All of these smartphones would most probably pack the infamous Snapdragon 855 SoC with a ton of 5G enhancements bundled on top. In addition to that, reports also suggested that the Snapdragon 855 would most likely also introduce Qualcomm’s new rapid-charging technology dubbed as Quick Charge 5.0.