The hype surrounding Samsung’s surreal Galaxy S10 is increasing every day.  As we wait for Samsung Galaxy S10 to make its way to the field, rumors regarding the Galaxy Note 10 has started to emerge. Ice Universe, a very well-known and trusty leaker has released some incredible information regarding the successor to the Note 9. According to the tipster, Samsung is embarking on manufacturing an even larger display for the Note 10, closing in onto the 7″-inch mark. The display is said to be 6.66″-inches to be accurate and may come in either one of the two ratios, either a 19:9 or a 19.5:9 ratio.

Other than that, we haven’t seen much information following those tweets. However, it’s safe to say that Samsung would be going with a QHD panel yet again as a standard, something they’ve been constantly iterating on ever since the Galaxy S5 made its debut back in 2014. Given that Samsung has had a strong history of packing QHD panels for the past few years in their flagships and the fact that Ice Universe’s history of leaks have been fairly accurate, we could derive a few new details regarding the Galaxy Note 10’s display.

If these leaks turn out to be true, we’re looking at a considerable jump over the iPhone XS Max with its 6.5-inch display, a feature Apple actually showed off my touting that they have the largest display in a phone. 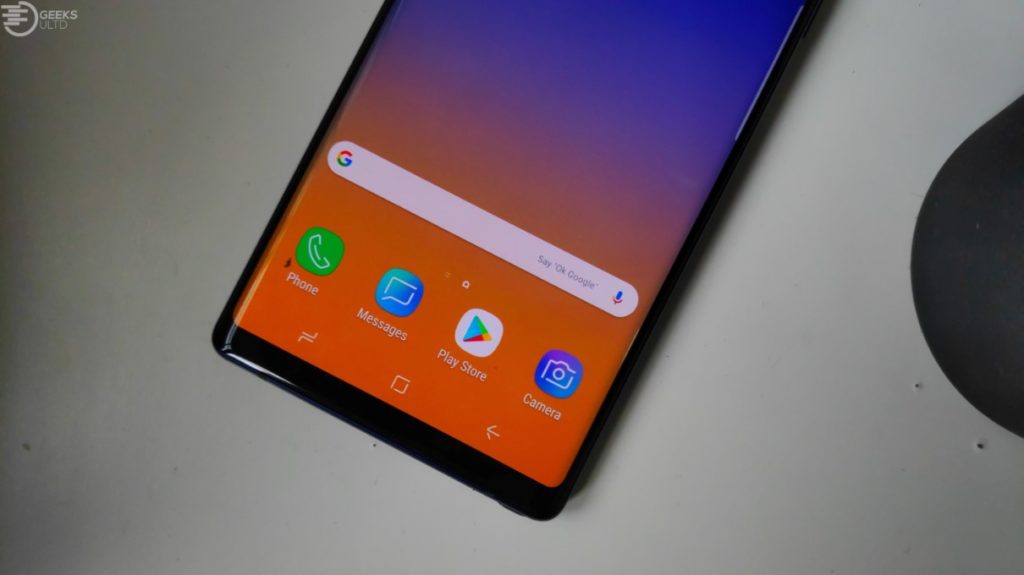 With the company embarking on its tenth anniversary since the initial launch of the Galaxy S, fans are hoping to see Samsung reveal a device something that may blow the competition. So far, a ton of leaks have speculated what the Galaxy S10 may look like and what it may pack. So far, we’ve learned that the Galaxy S10 would come in three variants, codenamed “beyond”, each one mainly distinguishing themselves from each another by the number of camera sensors they’re said to pack. In addition to that, each variant is poised to pack a different display size, respective of their names. The Galaxy S10 is also said to pack a fingerprint sensor beneath the display, making Samsung’s first debut in making the under-display fingerprint sensor tech prominent.

If you’re interested in our coverage of the Galaxy S10, look no further as the stories are about to heat up even further down the line as we near the launch for the Galaxy S10 next year.

In other news, also read how Samsung took a dump on Google’s new Pixel 3 XL in a series of tweets and how they acted as if they never heard of the S10.