Renders released by the collaboration of the two sources suggest some incredible details regarding the Xperia XZ4. Details derived from their renders suggest that the Sony Xperia XZ4 would pack a 21:9 display along with a side-mounted fingerprint sensor. In addition to that, the Sony Xperia XZ4 is said to pack a 6.5-inch display and would lack a 3.5mm headphone jack.

If true, this means that the Sony Xperia XZ4 could potentially be the first phone to set the standard for the mobile market after adopting the 21:9 ultrawide display ratio as brands have found themselves lost in a number of weird display ratios. Yet again, if true, we’re potentially looking at a 3360 x 1440 OLED display taking the display ratio into account. However, on the flip side, while content would look amazing, this could potentially mean that the device would be really tall compared to normal devices, eventually, making it hard for users to reach the top of the device.

That would make out the PPI to be 562 which is a tad bit higher than our predictions for the Samsung Galaxy S10 Plus’s display. Contrary to what these renders suggest, it seems like Samsung would most probably be willing to switch to the new 19:9 ratio. However, we would be intrigued to see how that plays out. 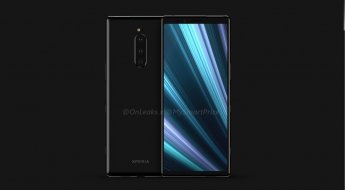 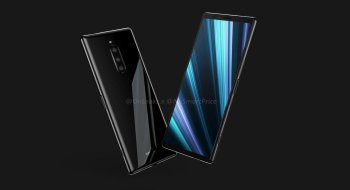 Given that triple-camera setups are becoming the norm, we’d be throwing our money in suggesting that the triple camera setup would most likely consist of a main shooter, telephoto shooter as well as a wide-angle shooter. However, we’d also add that the main shooter may very well be Sony’s new 48MP IMX 586 sensor under the hood.

There’s a ton that Sony has to catch up to. Despite their mobile division seemingly failing in the overall market, there’s no doubt that Sony could get back up. But hey, that’s hope. We’re really looking forward to Sony putting up a show this time as pressure continues to build up on Sony’s mobile divisions.