As reported yesterday, it seems like the OnePlus 6T in Thunder Purple has finally made its way into someone’s hands. A user residing on the Chinese micro-blogging site, Weibo, has just posted an image of the Thunder Purple OnePlus 6T.

It has been less than a week since the OnePlus 6T launched in two colors, namely, Mirror Black and Midnight Black. Now that the OnePlus 6T seems to be lacking some extra colors, it seems like OnePlus could be spicing up their lineup with the Thunder Purple OnePlus 6T. Sure, lacking white does seems to be weird from OnePlus, but hey, that doesn’t mean that OnePlus won’t be releasing a red OnePlus 6T anytime soon.

The image that made its way onto Weibo lines up very well with previous leaks. Not only do we see a purple tint at the bottom, but we also get to see a dark shade on top of the device. A few images from our previous report did indicate that the top of the device was certainly dark blue. Whether the device would shift its color from color to color based on lighting conditions is yet to be see. But given that the top looks pitch black, that seems to be unlikely.

→  OnePlus 6T Keynote Shifted To The 29th - OnePlus Is Furious 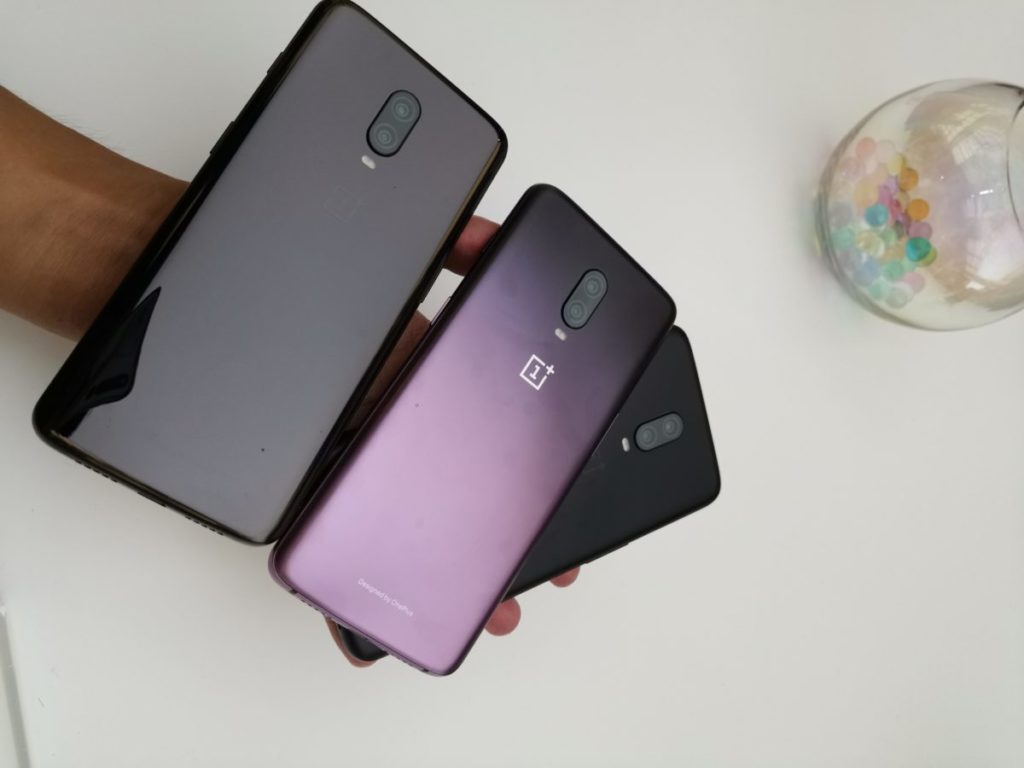 Internally, we aren’t expecting out of the blue. However, externally, we aren’t shocked now that the device is sort of becoming official. MrWhoseTheBoss, a YouTuber, had the chance to have a look at a number of backs for the OnePlus 6T and has shown off all of the shades OnePlus has tried out with the OnePlus 6T so far. Additionally, OnePlus’s Carl Pei had also shown off similar backs on previous OnePlus devices where they try to introduce a whole new spice of colors to the OnePlus lineup. While OnePlus certainly didn’t push them into the market, they certainly looked a whole lot more trendier than before.

While Thunder Purple certainly doesn’t excite our tastebuds, it certainly does show how OnePlus thinks of their users. So far, the company has been very subtle with their colors options, aside from the red color introduced with the OnePlus 6. If OnePlus does intend to move forward with their shiny new color scheme, we’re certainly hoping to see OnePlus open up even further into its collection of backs for the OnePlus 7 next year.

Internally, we aren’t expecting any changes here. Certainly OnePlus is holding back a few of its tricks for the OnePlus 7. For now, we think that the OnePlus 6T doesn’t necessarily doesn’t have to push the boundaries that far. For now, we have our eyes set towards next year’s OnePlus 7.

If you’d like to read about the top 7 changes coming to the OnePlus 7 that we’ve already placed our bet on, head here to read what we’re expecting to see from the OnePlus 7 and what may possibly be the future from the company in the long run aside from the addition of 5G support on the OnePlus 7.

Share
Facebook
Twitter
Pinterest
VK
WhatsApp
Previous articleXiaomi Tells Us That The 5G Mi MiX 3 Would Feature A New SKU, Remains Vague Regarding Other Details
Next articleFortnite To Get A Hoard Of NFL-Themed Items In The Fortnite Item Shop