When the brand Xiaomi is brought to light many would start to think of smartphones and how Xiaomi is basically the underdog in the modern smartphone race but little know that Xiaomi makes a variety of accessories both generally and exclusive to their lineup. Power banks are undoubtedly one of the most used and accepted accessories when it comes down to usage and productivity. With a simple goal of recharging your devices on the go, a power bank simply makes sense. As technological improvements occur, battery technology does as well and it is exactly what one may think of.

Xiaomi announced the Mi Power Bank 3 Pro with a 20,000mAh capacity, USB-A and USB-C ports. The power bank comes with three ports as opposed to only two on the previous generation. There are two USB-A ports and a single USB-C port. The USB-C port is rated to handle around 45W of power input and output so you’ll never have to waste any time charging your devices however the USB-A ports max out at 18W. It can charge a MacBook, tablet, handheld console and even a MateBook by Huawei hassle free. 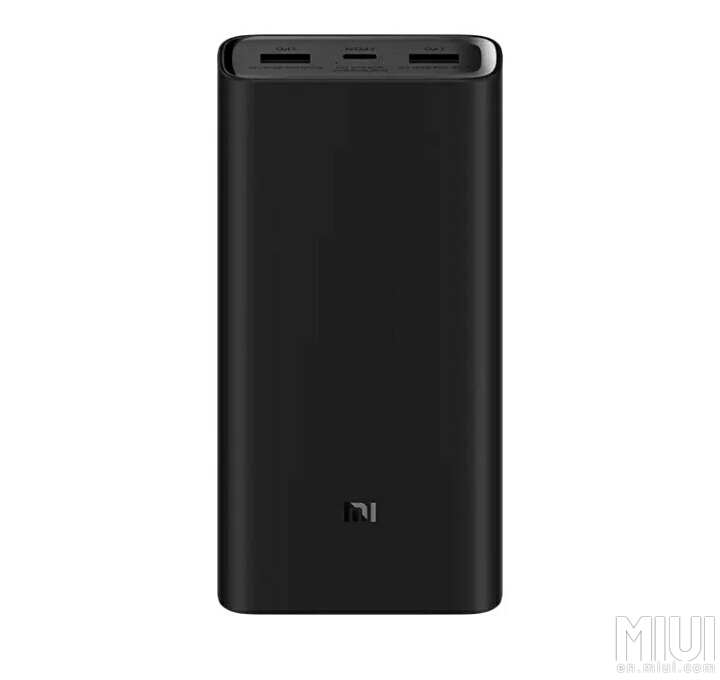 The device can charge multiple devices at once, with the power output limited to 15W when both the USB-A ports are in use. Xiaomi has also clarified that the power bank will allow power to pass through even when it is plugged in to be charged. This means that users will be able to charge their devices even when the power bank itself is being charged. As far as charging times are concerned, Xiaomi claims to have cut the recharge time in half from 11 hours to only 4.5 hours thanks to the 45W fast charger. The body of the device is made from common plastic with a smooth ceramic finish and a Mi logo up front.