This year is expected to be the year for Samsung to rise once again and take the smartphone world by storm. The manufacturer is actively working on the upcoming Galaxy S10 to be released next month, there’s a lot resting on the device’s success. However, Samsung doesn’t just stop there and continues to wow the smartphone audience through other means. With growing competition in the mid-range smartphone markets thanks to Chinese manufacturers, Samsung has come up with their own solution like they always do.

The Samsung Galaxy M20 leaked by a credible cracker revealed the internals and the exterior of the smartphone. It seems that Samsung finally went for a teardrop notch in one of their devices. Samsung throughout 2018 neglected the trends and went on with the mainstream design nevertheless even kept the headphone jack when every major brand did. The Samsung M20, however, is an exception. The M20 for the first time ever in a Samsung smartphone hosts a teardrop notch which is unexpected, to say the least. With Samsung perfecting punch hole design displays, having a notch seems to be out of the blue. At the back, We have dual rear-facing cameras with all the fun features worth fiddling around and a fingerprint sensor. The smartphone uses USB-C as means of charging and data transfer while retaining the very Samsungish notch. 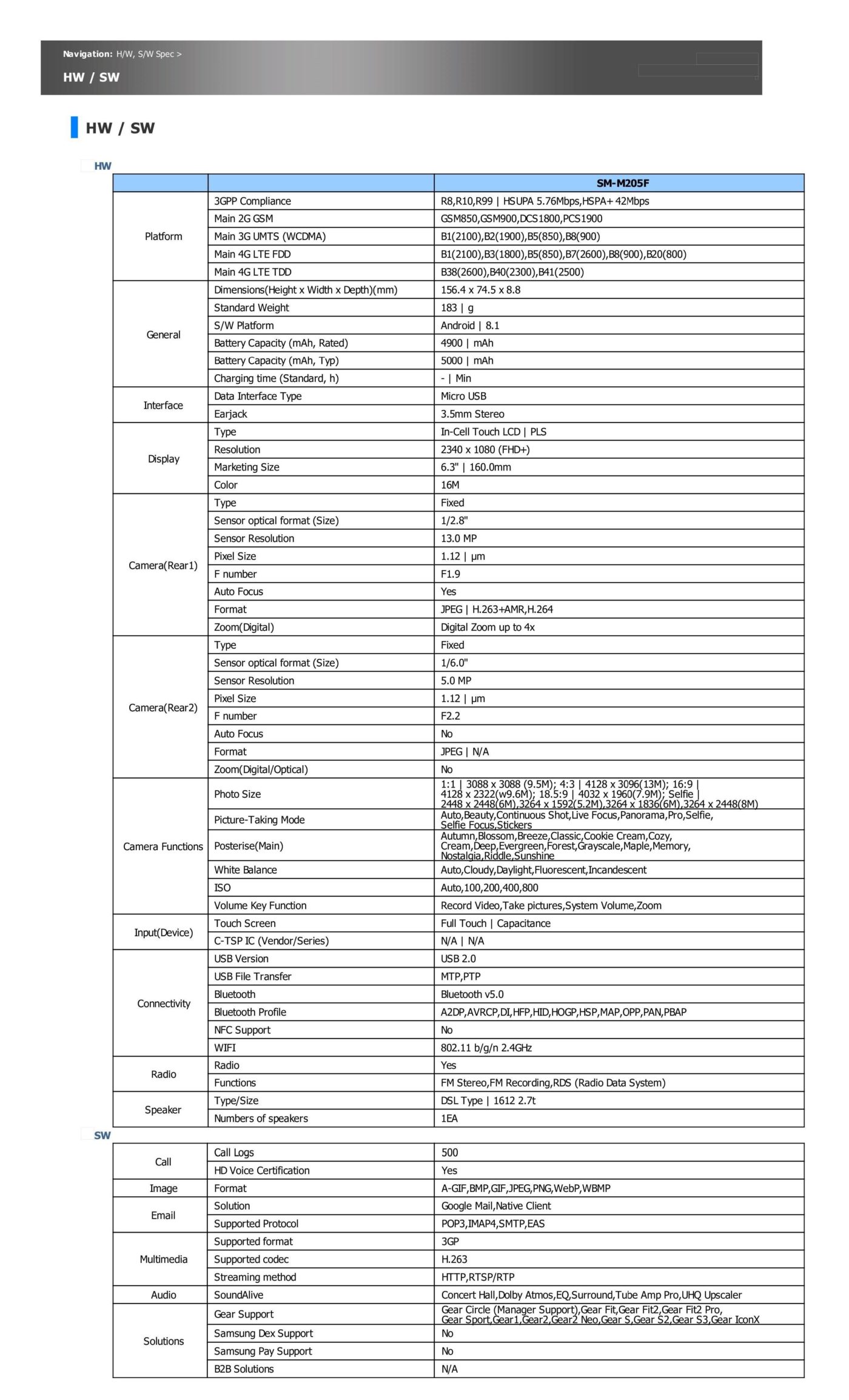 One of the neat features of the device is the fact that it houses a monstrous 5000 mAh battery paired with an Exynos 7885 processor. Considering how the Exynos 7885 is built to perform with very little resources and with a substantial efficiency, the M20 will most certainly provide over 2 days of battery life. The release of the M20 does question the existence of the Galaxy Alpha devices though. Samsung talked about how their plan was to give the Alpha series a breath of fresh air and their own identity but with a very minute difference in performance and pricing could prove to be fatal. However, if Samsung plays its cards in order just like Xiaomi and takes both the devices to please different audiences then they may succeed.