According to a story published today, Apple will deploy under-display Face ID on the iPhone 15 Pro next year, using Samsung-developed technology. The Cupertino business is likely to go on with its vision of the iPhone as “a single slab of glass” with an all-display front. Biometric authentication hidden under the screen will undoubtedly be a part of that journey – the issue is when and how.

Background of the story

Jony Ive, Apple’s former design leader, mentioned the single slab of glass aim during the unveiling of the iPhone X. Despite the marketing spin that this approach had finally accomplished, the fact was that it had fallen far short.

Touch ID or Face ID embedded beneath the display is a lot more plausible solution. Apple owns patents for both ideas, but there is a slew of technological hurdles to overcome before any can be implemented.

Ming-Chi Kuo and Ross Young, two prominent Apple analysts, have both stated that under-display Face ID would be released in 2023 or 2024, with the former stating that the firm is aiming for 2023.

Apple might implement biometric verification into an iPhone with an all-display front in a variety of ways.

The easiest method is to use Touch ID on the power button, which was first introduced with the 4th-generation iPad Air. However, with an iPhone with its “raise to wake” feature, this would be inconvenient, and some iPad users have reported accidentally turning off their devices while attempting to log in.

The Elec’s report today is a lot more detailed than prior ones. The feature will be specific to the iPhone 15 Pro models, and it will employ a new sort of Samsung technology that will first be seen in the Korean company’s own devices, according to the report.

Samsung employed a considerably poorer kind of face recognition that was readily overcome by images and video at first, but it has since adopted iris recognition on some models, which is significantly more secure. It is currently developing next-generation facial recognition technology that can be integrated into screens.

→  OnePlus Fires Shots At Samsung & Others For Their Failure Rates 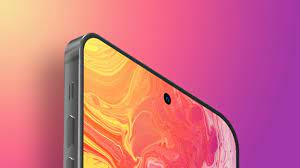 On iPhones, under-display biometric authentication has always been a question of when not if.

Before the outbreak, it appeared like Face ID was Apple’s preferred option, with Touch ID serving as a stopgap for Macs (where the lid isn’t thick enough to accommodate current TrueDepth components) and lower-end devices. Wearing a mask made this more difficult, but Apple has now worked out how to make Face ID work with masks.

What appears improbable is that Apple would do anything to jeopardize Face ID’s security by utilizing inferior face-recognition technology – especially because Face ID is also used for Apple Pay. A shift to under-display Face ID would need technology comparable to the current TrueDepth system.

Should You Get Invent Help Services to Patent an Idea?