After Being Accused of Sexually Explicit Communication With a Minor Good of War Kratos Actor Joseph Gatt Was Spotted Publicly.

The famous English actor com model Joseph Gatt was spotted outside his house on Friday after being accused of sexually explicit communication with a minor. Joseph was accused of this crime by LA police. The police confirmed that they have found the suspicious activity on Joseph’s social media account. LA police has a free warrant against Joseph so they were able to search Joseph’s house. 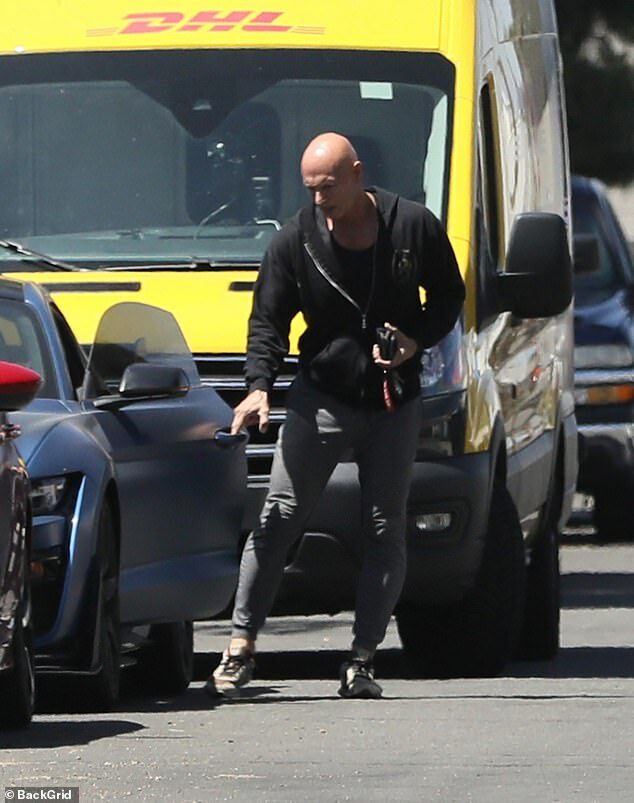 Joseph was wearing a black hoodie and under it was a T-shirt. And for the bottom wear, he was wearing grey trousers.

→  Nintendo is Bringing Back the Classic NES Console, Only Smaller in Size

It appear as if he was coming from Gym. Later on, he was trying to open his car door. Right now he lives in LA’s San Fernando with his girlfriend Mercy Malick. Joseph is in a relationship with her for more than 10 years. They started dating in 2009.

Joseph said that he is very offended by the LA police. He wrote on Social Media that he is very disappointed with LAPD. Per him, he is horrified by this false allegation and he is ready to cooperate with the police. He wants that the police should go to the bottom of this. So his good name can be cleared. He also thanked his fans and family members who believed in him.

→  Kylie Jenner Gave Birth to a Baby Boy, Travis Scott Is Very Happy, Will They Get Married? ANNOUNCED

Joseph Gatt started his carrier in 1999. And he debuted by giving an appearance in a British Drama named “The Bill”. He is famous around the world for his roles in Game of Thrones, the Disney movie Dumbo, Stark Trek into Darkness, and Thor.

Right now Joseph is 50 years old. But at the age of 12, he was diagnosed with alopecia Universalis. In the future, he is signed for a small role in Dawnye Johnson’s movie Black Adam.

Share
Facebook
Twitter
Pinterest
VK
WhatsApp
Previous articleReview and Explanation of Amazon Prime’s New Creepy Series “Outer Range” First and Second Episode ; and Let’s Find Out Why Everyone Is Calling It Amazon’s Answer to “Yellowstone”
Next articleThe Last Planned Patch for Ghost of Tsushima Appeared to Have Been Released