Morbius Earns $84 Million in Its International Premiere… While Sonic the Hedgehog 2 Earns $25 Million.

The Marvel Cinematic Universe’s most recent film, approximately 2 years in the making, is finally getting a magnificent theatrical release.

Morbius ate into the box office in the United States and around the world, defeating the competition and grossing $84 million in its first weekend.

According to Exhibitor Relations, the Jared Leto-led film also dominated the North American box office, albeit with a $39.1 million opening weekend, which is considered low for a comic book superhero film. 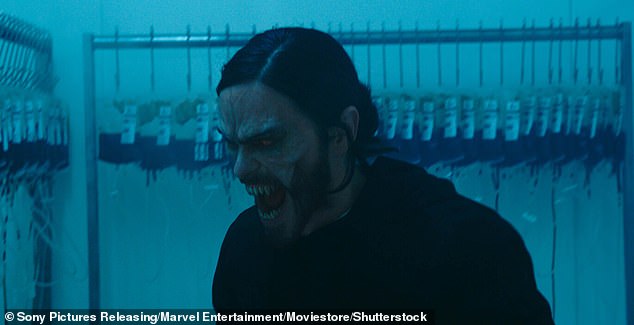 Despite not being available in North American markets yet, Paramount’s animated Sonic The Hedgehog 2 came in second with $25.5 million from its first 31 overseas territories.

Leto plays biochemist Michael Morbius, who suffers from a rare blood condition, in the sci-fi horror film. The scientist accidentally infects himself with the DNA of a Costa Rican vampire bat and develops his own type of vampirism as he tries an experiment to treat himself.

The deadly dose offers him incredible strength and speed, as well as night vision and the ability to locate objects using sound, but he must also fight his new bloodlust. ‘By Marvel’s outstanding standard for launching a new superhero series, this is a disappointing debut,’ Franchise Entertainment Research observed.

Morbius was set to premiere on July 10, 2020, then July 31, 2020, before being cancelled completely due to the pandemic. It was picked up again for a March 2021 release, only to be postponed another year.

The new Sonic The Hedgehog film was released as a sequel to the original film, which came out in 2020.

In order to defeat Jim Carrey’s Dr. Ivo Robotnik, the film depicted the same-named video game character as he paired up with local sheriff Wachowski.

Tika Sumpter, Natasha Rothwell, and Adam Pally are among the live-action cast members.

The sequel’s development began in May 2020, and many of the cast members, including Marsden, indicated that they will return the following year to reprise their original roles.

Sandra Bullock stars as a romance author kidnapped by a demented tycoon (Harry Potter’s Daniel Radcliffe) who wants her to help him discover a buried item on a secluded island.

Even as a volcano explodes, Channing Tatum, portraying a male book-cover model whose abs are sharper than his brains, tries to help her escape. The Batman, a dark superhero film from Warner Bros., claimed third place with a take of $10.8 million in its fifth weekend in theatres. Robert Pattinson plays the title character.