By comparing Europa’s geography to that of Greenland, scientists were able to gain a new perspective on the planet.

Humans have long fantasized that alien life might glance back at us from the heavens. Even still, it is far more likely that the first extraterrestrial life we uncover will be microbial rather than bipedal aliens shaking hands with humans after landing on Earth. It has been hypothesised that microbial life existed on Mars before the planet’s water dried up, but no one knows for sure. Astrophysicists are now focusing their attention on Europa, Jupiter’s icy grey moon, as a potentially more promising site for the emergence of primitive life.

Europa’s salt water is enticing since early microbial life on Earth emerged in liquid salt water environments like our seas.

A recent research on Europa has sparked renewed interest in the moon’s ability to contain life. Giant ridges crisscrossing the planet’s surface, like scratches on a cue ball, are the subject of fascination for scientists. The authors of a recent research in the journal Nature Communications speculate that there may be salty liquid pools under those ridges. And because the ridges are so frequent, the pools might be as well. Of course, the presence of salt water on Europa is tantalising since early microbial life on Earth developed in the liquid salt water environment of our seas. The other part of the paper deals with Europa’s unusual terrain, which is strikingly similar to that of Northwest Greenland.

According to the scientists, “here we disclose the finding and investigation of a double ridge in Northwest Greenland with the same gravity-scaled geometry as those identified on Europa.”

“This double ridge was produced by the refreezing, pressurisation, and fracturing of a shallow water sill inside the ice sheet, as shown by surface elevation and radar sounding data. If the same mechanism is to blame for Europa’s twin ridges, our findings show that Europa’s ice shell is [widespread] with shallow liquid water.”

The diameter of Europa is about 2,000 miles, which is less than the diameter of Earth’s moon. Even yet, the ridges on Europa’s surface, which may rise up to 1,000 feet in the air, make the planet’s surface distinctive.

→  Domee Shi says she got the inspiration for Turning Red from 4 Key Anime; Let's find about these 4 Key anime 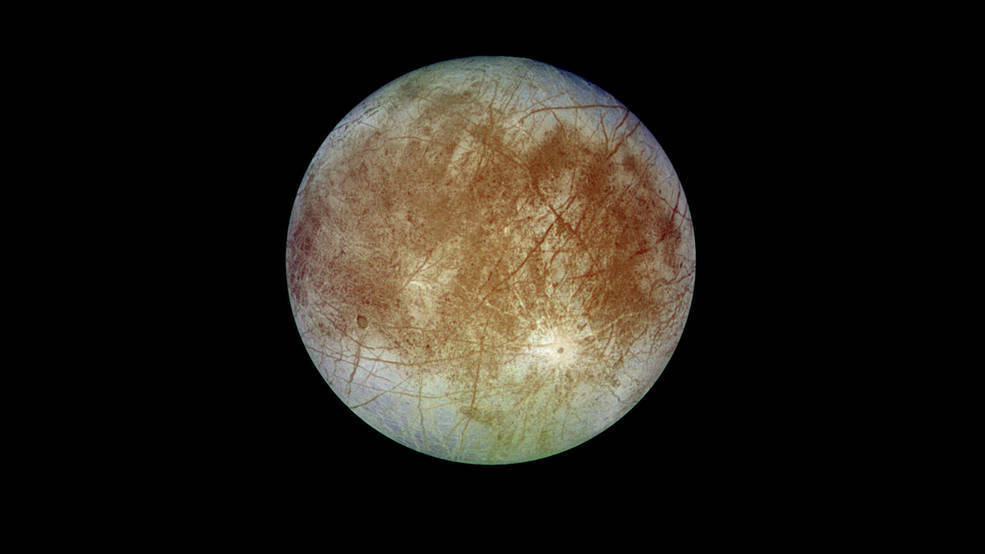 Because of the discovery of Europa’s twin ridges, a team of Stanford University scientists chose to investigate the smaller geological formations in Greenland’s northwest coast. They researched Greenland’s small double ridge structure and found how it developed. They were discovered to have formed as a result of several instances in which shallow pools of water below the surface froze and subsequently broke through.

The two ridges were constantly pushed upwards by this. Life might have been created by the ongoing movement of ridges on Europa, which are likely to have been produced in the same way as the ridges on Earth. Intriguing, to say the least, and part of a long-standing fascination with Europa’s potential for life.

This ice/water layer is followed by a layer of rock and a metallic core at the middle according to gravity readings,” Phillips said. It’s a positive omen if you wish to see life in the cosmos, because it suggests that the fundamental elements for life might be found on the mysterious moon. The surface of Europa is mostly covered with water ice, according to Dr. Cynthia B. Phillips, a Europa Project Staff Scientist and Science Communications Lead from NASA’s Jet Propulsion Laboratory, who spoke to Salon by email.

However, the gravity measurements used to get at this estimate do not resolve issues regarding the composition of the planet’s surface, which is around 100 kilometres thick. In this, how much of this is solid ice and how much of this is water that has evaporated?

Although he was not part in the most recent research project, Phillips said that gravity readings “also tell us that behind this ice/water layer there is a layer of rock and then a metallic core at the centre.” It’s a positive omen if you wish to see life in the cosmos, because it suggests that the fundamental elements for life might be found on the mysterious moon

Princeton University Professor of Astrophysical Sciences and International Affairs Dr. Christopher Chyba tells Salon that “there are three components needed for life as we know it,” in an email.

There are two sites in our Solar System, outside Mars, where we have a lot of evidence for liquid water that is potentially accessible for exploration: Europa and Enceladus, according to the study’s co-author Chyba, who was not engaged in the research.

While it would be “bizarre,” according to Chyba, if Europa didn’t come into existence with the “usual complement” of biogenic elements found on other celestial bodies, “the late Betty Pierazzo demonstrated that Europa would have accrued an important inventory of them over Solar System history from comet impacts,” according to Chyba.” In his work at the Planetary Science Institute, Pierazzo honed his impact crater expertise.

According to Phillips, a worldwide salty ocean is the best explanation for this generated field.

“There is enough water on Europa, together with the proper additional chemical components and a source of energy, for life as we know it to exist. Because on Earth life may be found everywhere these three elements are present, we believe that Europa is one of the finest areas in our solar system to search for life.”

“It is plausible to conceive forms of microbes that may survive in Europa’s ocean based on what we know so far,” noted Chyba. We must keep in mind that we are dealing with something that is genuinely foreign; we cannot be certain that life can only evolve in the same way that it has on Earth since we do not completely understand what causes “life” to exist in the first place.

No one knows if there is any life on Europa since we don’t know enough about how life began on Earth or anyplace else to tell if Europa’s environment would have been favourable for the creation of life, Chyba said.

Share
Facebook
Twitter
Pinterest
VK
WhatsApp
Previous articleAs Far as We Know, the Iphone 14 Isn’t Scheduled to Be Released Until September 2018.
Next articleFor Trans Youth Charity, The Wachowskis Sisters Auction Off Matrix Props: Which was very much appreciated by fans…