Taylor Hawkins was a legendary drummer. The world lost him on the 25th of March 2022. His first interface with drumming was when his brother gave him a copy of ‘Zenyatta Mondatta‘ a masterpiece of ‘The Police’. Since then he worshipped The Police. 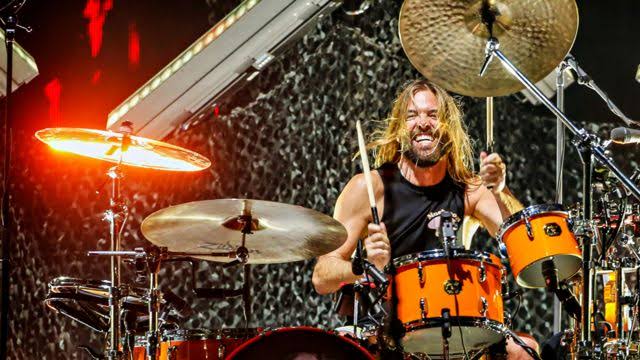 To share the memories regarding Taylor Hawkins, Copeland called ‘Rolling Stone’ the American monthly magazine. Copeland revealed that after their first meeting in 2005, they became a good friend of each other. They used to jam at Copeland’s home studio. Their vibes matched such an extent that they used to do a late-night phone conversation. Copeland remembered their frequent hangs.

Copeland also revealed that when they were not goofing off together than they spoke on phone calls for long hours. They spend time discussing Crackpot Theories. They used to frequently bring to each other’s attention the get-rich-quick schemes. If they didn’t have anything then they hang bullshit.

Taylor Hawkins had an indefatigably cheerful attitude. He was somewhat emotional by nature. But this too added spice to his cheerfulness. He was Mister Fanboy. He was such an over-excited man, full of energy.

Taylor Hawkins was a fan of everybody. He did not have anguish with anyone. When he used to hang out with Copeland then he would put on Police T-shirt from his collection. If he hang out with Neil then he would put on Rush Tshirt from his collection. He was such a down-to-earth legend. When he jammed with his drummers then he was just like 50 years old going eight.

Taylor Hawkins is a star. And his legendary performance will never die from the heart of his fans. He had such a personality that he was interested in all the other people around him. He used to observe people very well. He used to know all the different things that everybody could do. He never had a sense of competition or upmanship.

→  Vimal Elaichi's Contract With Akshay Kumar Has Been Terminated, and the Actor Has Pledged His Pay to a "Good Cause."

Copeland shared his memory of his first meeting with Taylor Hawkins. Out of the Blue, he was invited by Foo Fighters to join them in the concert in San Francisco then their next destination to New York where they performed 24 hours of Foo on MTV. Out of this, the most interesting thing noticed by Copeland was that they were not only headlining the act but also each of them had their own side band working as a supporting act. They had incredible energy. Those young musicians worked so hard.

Taylor had many more chops than is ever shown in front of the world through Foo Fighters. He always wanted to do Klark Kent band. Copeland said that everyone wanted to play Kent band, on the drum. But one should try to play it on guitar and sing. Dave just pushed him in front of the stage. With his charisma he did it.