‘Common Sense’ and the Ending of The Staircase Explained – As trial footage comes again, Sophie speaks about Michael in 2017. Throughout the trial, things aren’t looking good for Michael. Throughout the trial, the jury learns from an expert how blood splatters can only mean one thing: murder. While watching the trial on TV, Clayton grows irritated and decides to pay a visit to his family.

Is Mike Peterson to blame? The Staircase ponders an unanswerable question, depriving us of true crime’s most satisfying cheap thrill. Is there any finer feeling for an armchair detective than catching the killer before it’s too late?

Instead, we have philosophical puzzles about memory, justice, and knowledge. The Staircase, like a cunning, pricey therapist, turns its central question on the audience. “Do you honestly believe the aim of a trial is to find out the truth?” the show asks

Michael Peterson’s trial is the subject of ‘Common Sense,’ the fourth episode of HBO Max’s crime series ‘The Staircase.’ The prosecution and defense are questioning numerous crucial witnesses as the trial nears its end. Jean-Xavier interviews an unexpected person about Michael for his documentary. Despite Todd’s reservations, Clayton sticks by his father and uncovers important evidence in Kathleen’s murder case. 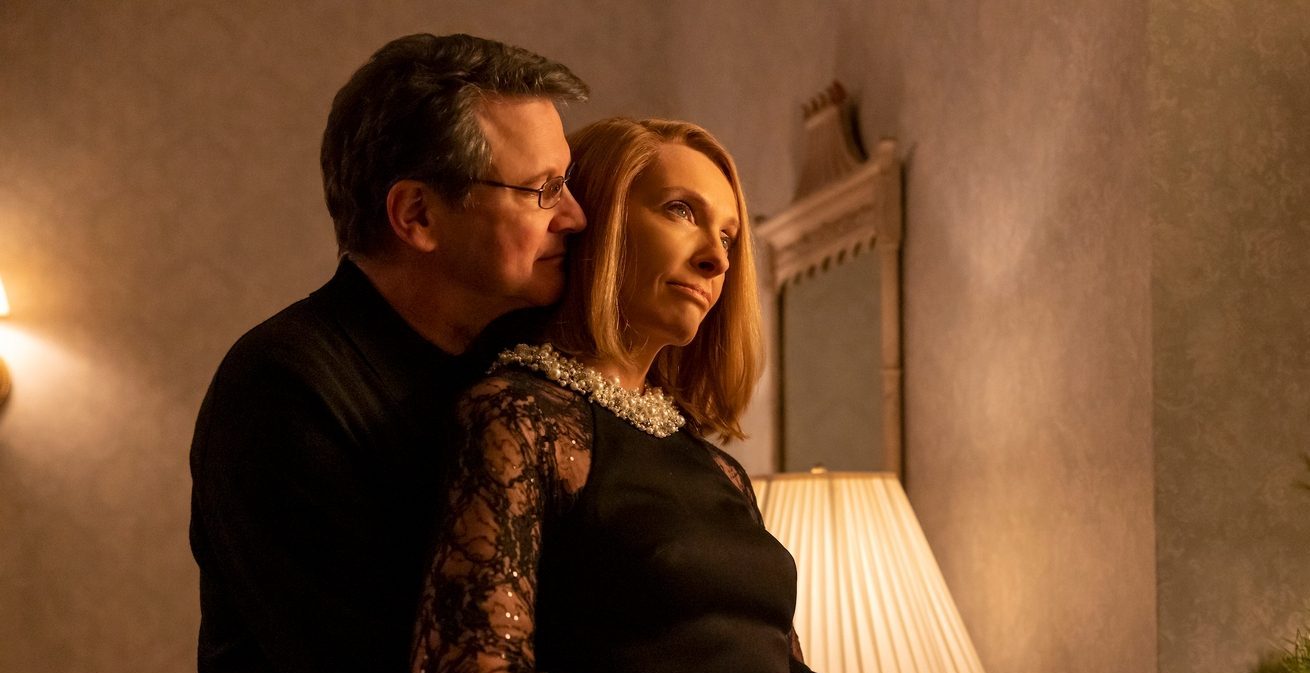 Meanwhile, Michael’s past comes back to haunt him when Elizabeth’s close friend testifies against him. The episode concludes with a surprising conclusion that has a major impact on Michael’s life. Here’s what we think about the scenario!

Mike’s wife Sophie, whom he married in 2017, gives us a meditation on justice before we discover his fate at trial. Juliette Binoche, who shares Mike’s caginess, avoids even documentarian Jean’s softball queries about how she met her spouse. We learn later that she was getting to know Mike (Colin Firth) through the footage Jean had been sending back to Paris. Sophie worked as an editor on Jean’s first documentary, The Staircase.

“What exactly is justice?” Sophie inquires. “A trial is merely two sides fighting to tell a better tale, and 12 jurors pronounce one story the winner, and that story becomes justice.” It’s the closest the series has come to announcing its own judgment on the American legal system, but it appears to apply just as much to Jean’s endeavor as it does to what’s going on in court. Jean’s lines of testimony, as well as Sophie’s reaction shots, form a story in and of themselves. A documentary is a form of trial, with the audience serving as the jury.

Sophie interrogates Jean-Xavier about Michael in the first scene of ‘Common Sense.’ Michael’s bisexuality is still being emphasized by the prosecution, which the defense finds concerning. Dr. Deborah Radisch, Kathleen’s autopsy, testified that she was most likely murdered.

Rudolf believes that it is nearly impossible to die without splitting the skull or injuring the brain, which Kathleen did not, after submitting several autopsy data of persons who had been beaten by death. While the Ratliff family is in Germany with the Petersons, Agnes, Martha and Margaret’s babysitter, testifies against Michael regarding Elizabeth Ratliff’s death.

Rudolf introduces Henry Lee, the private analyst he and Michael hired, to counter the theory of blood spatter expert Duane Deaver, who testified that the blood marks on the crime scene suggest murder. Clayton pays a visit to his father in Durham. While working on a car in the garage, Clayton discovers the blow poke that was used in their home.

He contacts Michael, who informs Rudolf that the “suspected murder weapon” is in his garage. The lawyer shows the poke to the jury, emphasizing the lack of blood and other suspicious markings on the material as evidence that his client did not murder his wife.

The jury has reached a decision. 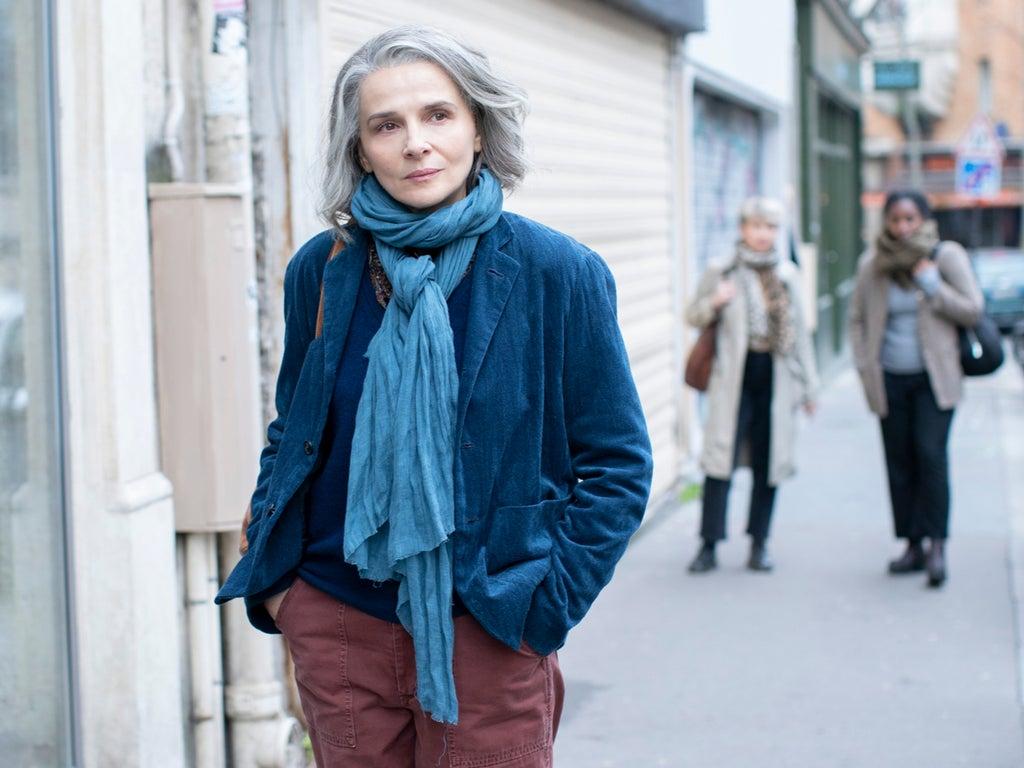 In this episode, Kathleen’s reputation takes a few hits. Clayton explains that she first met Mike while he was still married to Patty, and there are further scenes of her drinking and being plied with wine. The story looks to be edging closer to the conclusion that the mother of five is more difficult than she appears.

The Ending of Episode 4 of The Staircase

The jury finds Michael guilty of Kathleen’s murder. Despite Rudolf’s success in refuting the prosecution’s claim that Kathleen was murdered by Michael, most likely with the blow poke, Freda contradicts the material’s presentation once more by emphasizing Michael’s bisexuality and extramarital affairs.

Rather of locating the murder weapon or presenting irrefutable evidence or testimony, the prosecution focuses on portraying Michael as an immoral being capable of murder. The argument gains steam when Kathleen’s sister Candace claims that Michael and Kathleen’s marriage is collapsing.

Michael’s bisexuality, extramarital affairs, and Elizabeth’s death appear to have affected the jury’s judgment. Despite the prosecution’s failures in hypothesis, witness testimony, and evidence, they eventually believe Michael murdered Kathleen once she discovered his bisexuality.

The prosecution’s contention that such information triggered a fight between the two, culminating in Michael’s murder of Kathleen, is confirmed by the jury. Michael and Rudolf listen to the verdict; the former is sentenced to life in prison with no prospect of parole.

From the start of the trial, both the prosecution and the defense fail to establish their ideas in front of the jury. The inaccuracy of evidence and testimony, as well as the multiplicity of “possibilities,” further complicate Michael’s case.

→  Sonic the Hedgehog 2 Voice Cast and Character Guide, Details Revealed of Voice Artist, Why They Are Chosen

However, Rudolf’s expectations of winning a favorable decision for his client are dashed by Michael’s sexual orientation, Jim and Freda’s not-so-surprising trump card. Despite this, the prosecution wins the case despite Michael’s innocence and the absence of a murder weapon.

What is the nature of Sophie and Michael’s relationship?

Sophie is the editor of Xavier’s Jean-documentary about Michael’s trial. After shooting a significant quantity, Jean sends the video to Sophie in France to begin editing. Through the tape, she begins to watch and listen to Michael for hours on end.

Sophie believes the man in front of her on TV isn’t a killer since she spends so much time and energy with him. She writes a long letter to Michael in prison, expressing her belief that he did not murder his wife. Sophie becomes Michael’s partner as a result of her letter to him.

As the episode begins, Sophie becomes a significant figure in Michael’s life. Despite the fact that the nature of their relationship has yet to be revealed, Sophie’s love and warmth for him make it evident that they are much more than two acquaintances or even friends.

Sophie’s ambiguous relationship with Michael stems from her notion that she has seen and listened to him long enough, if not longer than anybody else, to believe in his claim of innocence.

The prosecution makes their case.

While threading a delicate TV needle, the series deftly skips over the trial in one episode. It rejects the temptation to romanticize court by portraying it as a well-executed, albeit contested ballet, but it also doesn’t weary us with the sluggish roll of hundreds of exhibits. It pauses when it matters, like Kathleen’s sister’s damaging evidence that she has “no notion” who the real Michael Peterson is — a soundbite that will reverberate in jurors’ minds.

The defense is resting… shakily

Clayton (Dane DeHaan), who has been banished from Durham, returns to the trenches with his siblings and mother, Patty (Trini Alvarado), who appears in the background of the episode and occasionally interjects one-liners. When Clayton discovers the missing blowpoke — the prosecution’s alleged murder weapon – the defense considers the potentially disastrous option of calling him to the stand. Clayton has trouble with cross-examination in practice — and who wouldn’t? He faces charges for several DUIs, a four-year jail sentence for putting pipe bombs on Duke’s campus, and his girlfriend calling the cops after he shoved her in a dispute last year. Patty, on the other hand, gives his support by stating that he has two master’s degrees.