Fans are getting antsy about the future season—what happens next—months after the Season Four finale of Yellowstone. The Kevin Costner-led series, which was set to premiere later this year, has now been renewed with a large 14-episode order. However, in an April interview, Yellowstone star Gil Birmingham stated that he had not yet received scripts, leading to rumors that the show will be moved to the fall rather than the summer. More on this later.

Returning to the ranch. The Yellowstone world continues to grow, as the franchise’s flagship series has been renewed for a fifth season by Paramount in February 2022.

After a long stretch of silence over Yellowstone’s future, Paramount Network has given fans lots to cheer about in recent months. The network formally announced the megahit rancher drama’s return for a fifth season in early February, and then added to the excitement by revealing that the next season will be super-sized. 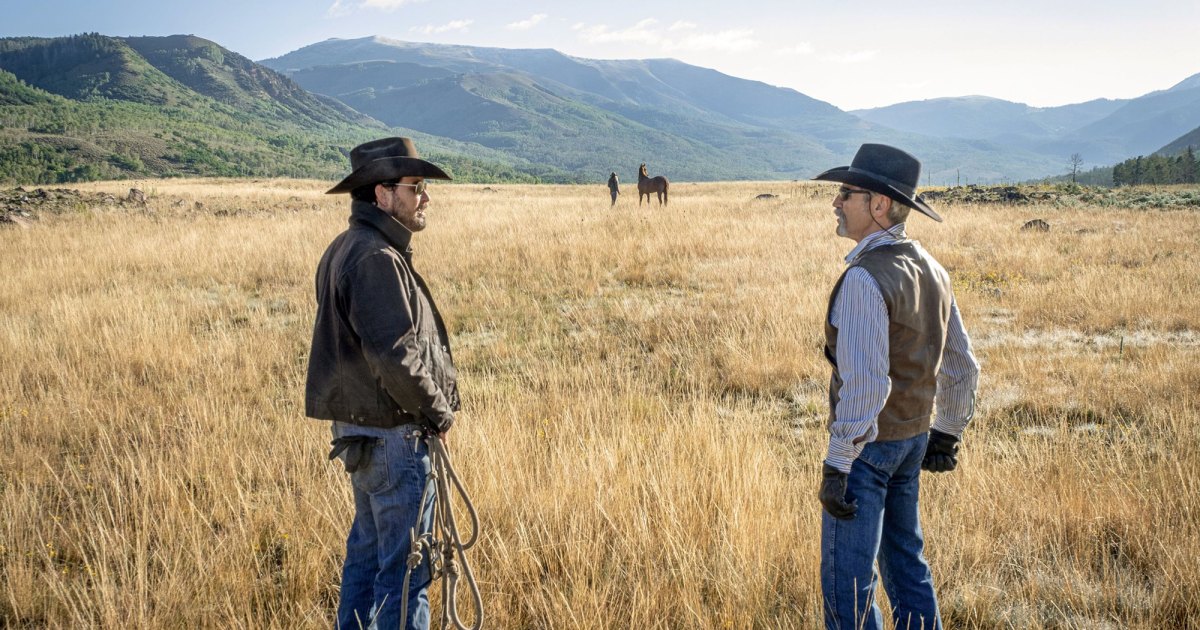 With over 11 million viewers coming in for the season four finale in 2021, Yellowstone was one of the most-watched cable shows of the year. Although Costner has been well-known since the 1980s, Yellowstone has helped him reach a new audience.

The Duttons is riding a big tide of popularity as it heads into its fifth season, which will begin filming in May. The series has also received multiple award nominations for its fourth season. While there is no official return date, the series will follow John, Beth, Rip, Jamie, and Kayce as they navigate a tense gubernatorial election, a growing threat from outsiders, and one heck of a blackmail issue involving two Dutton brothers.

According to the Wall Street Journal, Yellowstone’s upcoming season will include four more episodes, bringing the total to 14, split into two seven-episode chunks.

The renewal coincides with news of Paramount’s continuous growth of the Taylor Sheridan world; 1883, the Yellowstone prequel, drew a sizable audience in its first season, and two other projects from the creator are currently in development. 1932, a sequel to the 1883 precursor (yeah, it’s… confusing), was recently confirmed by the franchise. Just keep in mind that if you’re like Yellowstone, there’s plenty more to explore after the core series.

When will the fifth season premiere?

The fifth season of Yellowstone will launch on Sunday, November 13, ahead of the series premiere of Tulsa King, according to Paramount Network.

The news comes just days after it was revealed that the program had officially begun production, confirming executive producer David Glasser’s claims to Variety in January that production would begin in May.

Will there be a fifth season of Yellowstone? 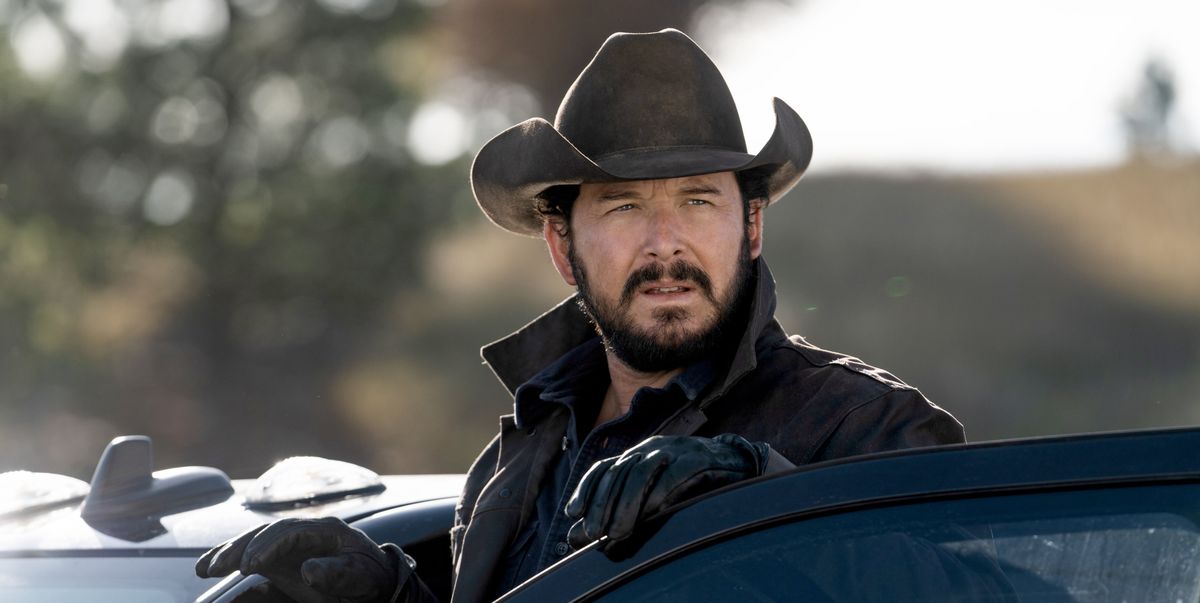 Yes! (But you were expecting it, right?) The series has been officially renewed for Season Five by the Paramount Network, with a premiere date yet to be determined. Cole Hauser (who fans will recognize as Rip) jumps right into the questions in an unearthed happy hour interview with HALL Wines from last March, with more than a few teasers about the still-pending Season Five, including when it will be filmed and possibly what fans of Yellowstone can expect plot-wise.

“Taylor is working on it right now, and I anticipate we’ll be back some time in July,” Hauser said when questioned about returning to Montana by interviewer Kathryn Walt Hall. Hauser continued, confirming that he was referring about Season Five and not Season Four, stating, “Season 5 is going to be fantastic. I can’t say too much about how we closed Season Four because I don’t want to give too much away, but I believe the viewers will be pleasantly surprised.” Now that we have more information, that shotgun wedding appears to be the delightful treat he hinted at.

When Will Yellowstone Make a Comeback?

The fantastic news is that Yellowstone will expand its 10-episode order to 14, with the episodes being split into two volumes. Currently, the plan is for the first seven episodes to premiere this summer. The series will then take a brief vacation, with the remaining seven episodes airing later this year.

The split season is meant to give Sheridan’s forthcoming series the 1883 treatment. Season Five will help launch the Sylvester Stallone-led Tulsa King, while the second half will supposedly assist launch the 1932 installment.

The ranch had survived a militia invasion led by Jamie’s biological father, Garrett Randall, when season 4 ended (Will Patton). After informing a journalist that Market Equities planned to suppress a protest with the support of the National Guard, Beth married Rip Wheeler (Hauser). Meanwhile, Jamie assassinated Garrett, which Beth intends to use as a kind of blackmail in the future.

→  DMX UPDATE: Overdose Death, How His Family & Daughter are Doing AFTER He Dies

The cast has stated that they will not know what will happen until they receive the scripts, but Reilly believes her character will seek vengeance in season 5. In a promotional video for the play, the actress noted, “Beth has decided she cannot rest until she obtains justice.” “She’s looking for blood.” It’s a little bit intense.”

Who Will Appear in Season Five?

When asked about Season 5, Hauser was candid, adding, “We come together as performers, and I believe I can speak for everyone when I say that. This will be our fifth year together.” He mentions Kevin Costner, Kelly Reilly, Luke Grimes, Wes Bentley, and Gil Birmingham in particular.

Anyone concerned about Teeter’s (Jen Landon) and Emily’s (Kathryn Kelly) futures may rest easy knowing that both actresses have been promoted to series regulars for the next episodes.

While there were no significant cliffhangers at the end of Season Four, there were some important dynamic adjustments within the Dutton family, especially Jamie’s transformation into a murderer and Beth’s knowledge of his demise. But, as we’ve seen with the Duttons, nothing lasts forever. Piper Perabo can attest to this.

In 2021, a new spinoff dubbed 6666 was unveiled. The real-life Four Sixes Ranch in Guthrie, Texas will be the setting for that series, which will premiere on Paramount+. The property was purchased for $200 million in May 2021 by a company led by Sheridan. Season 4 featured scenes shot at the ranch, which was founded in 1900.

Season Five’s release date has yet to be announced by Paramount Network, but we’ll keep this item updated as more information becomes available.

The universe of Yellowstone is expanding.

Taylor Sheridan, the show’s creator, has already begun to expand the Yellowstone canon on in addition to a possible fifth season. In addition to the 1883 prequel starring Faith Hill, Tim McGraw, and Sam Elliott, the streaming service has also unveiled 1932, a Yellowstone origin story set during the Great Depression. Sheridan has also signed a deal for an in-development spinoff called 6666, which is now under production.

6666, like 1883 and Sheridan’s other program, Mayor of Kingstown, is likely to premiere on Paramount+ initially, though no date has been set for its premiere. The narrative given alongside the show’s launch suggests that it would take place in the present day, on the historic 6666 Ranch in West Texas (the actual 266,000-acre ranch was purchased by Sheridan this year).