Kim Kardashian Scolds Her Two Sons for Misbehaving in an Interview on the Tonight Show.

Guys, can you stop? Kardashian turned to Psalm, 3, and Saint, 6, and said. You’ve never worked with me before, I guess. Please, I ask you. The “Keeping Up With the Kardashians” star advised the brothers not to “mess this up” after complaining to viewers that the little children were “making so much noise.”

Saint remained peacefully with his companion Remi when Psalm was expelled from the audience for being too boisterous. When Kardashian used her Skin products to give the talk show host, 47, a mini facial, the toddler was seen giggling beneath his face mask.

The reality star inquired, “Saint, am I doing a good job?” as Fallon jokingly urged the child for “help.” Shortly after berating Saint via Instagram Live for shouting terrible things, Kardashian reprimanded him.

Saint not only referred to the viewers on social media as “weirdos,” but he also said that he “hated” them. Kardashian said to Saint, “Look what you’re teaching him,” and Saint responded by calling Psalm a “good guy.” 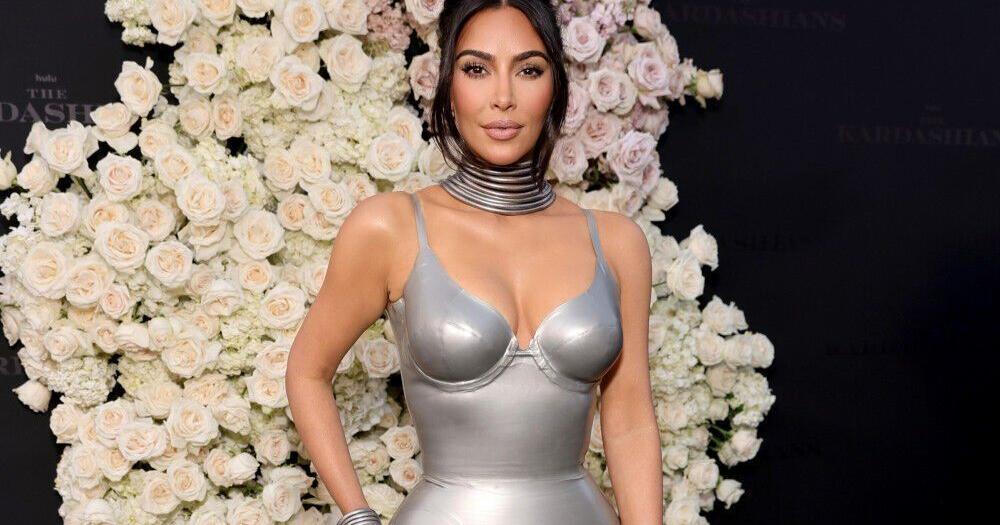 Kardashian raved over North, 9, and Chicago, 4, later in the interview, calling them both “performers,” despite the fact that her girls weren’t present. After Chicago’s recent dance recital, the founder of Skims, who has kids with ex-husband Kanye West, raved about how much she “loved everyone clapping for” her.

The “spooky wilderness-themed” birthday party for Kardashian’s eldest child included camping in the woods and applying special effects makeup to mannequin heads. Kardashian continued by giving a detailed account of the event. Regarding North’s party, she remarked, “I should be worried.” She excels at it, in my opinion.

As Kim’s friend Tracy Romulus and her daughter Remi sat at the side of the stage, Saint and Psalm were visible in the pan. Guys, here is your first time at work with me, Kim stated as Jimmy waved to the children. Keep this in order. C’mon!” Kim was still being questioned by Jimmy when he inquired about North West’s 9th birthday celebration. The discussion, however, was short-lived because Saint and Psalm kept making noise.

The Kardashians star hysterically yelled, “Guys honestly you’ve gotta go.” If you don’t feel like being out here, they can return. It’s okay, Jimmy continued. Saint stayed with Remi when Psalm was removed from the stage.

Kim described her youngest child as “being noisy.” Psalm was clearly the wild child as the interview went ahead without a hiccup. Kim Kardashian, 41, couldn’t make it through her interview with Jimmy Fallon, 47, on June 21 without yelling at two rowdy viewers.