See the List of the Coolest Anime of Demon Lords and Also Know Why This Anime Is So Famous?

Isn’t it great that demon lords/kings exist? Yes, I’m referring to the characters from the anime. Even though many people believe they are malevolent, the anime depicts a different aspect of them.

In these types of anime, there is no shortage of amazing action scenes and cool magical skills. So, I’m guessing you’re seeking some of the best demon lord anime shows out there. Let’s get started on the list!

Eight hundred years ago, Xie Lan was a beloved martial god known as Crown Prince Xian. Until he finds Hua Cheng, he ascends to the celestial realm once more with no one to assist him.

Both demons and gods dread Hua Cheng, a demon ruler. But why would he, in the first place, assist a Heavenly Official? Then he encounters a young guy who knows everything there is to know about the demon king.

This anime is a complete package of cuteness, excellent animation, a gripping plot, and intriguing characters. It’s not your normal demon lord anime, but it’s one you won’t want to miss.

→  The Top 10 Trap Anime Of All Time, Selected And Sorted For You To Watch.

2. The Devil is a Part-Timer

After losing the battle against Hero Emilia, Demon King Satan and his Demon General were forced to flee to another realm. They are, however, sent back to Japan, where the magic has vanished.

To make ends meet, he must now work part-time while plotting to dominate the globe. But, with Hero Emilia trailing them and weak, will they be able to pull it off?

You can’t take this anime seriously since it’s too funny, but it’ll be a blast to watch. It will be a breath of new air for you if you have been watching a lot of anime with weekly episodes. 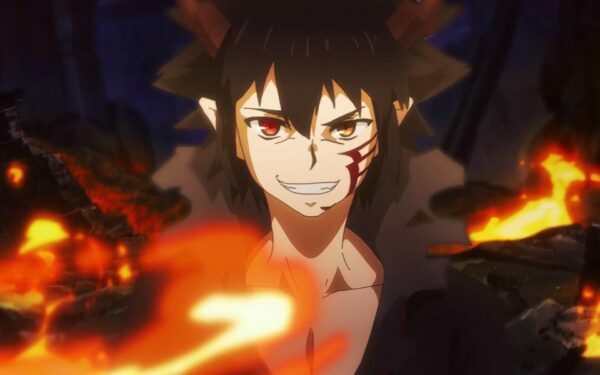 Iruma Suzuki is sold to a monster named Sullivan by his careless parents. While Sullivan is terrified of what may happen to him in the future, all he wants is a grandson to send to his demon school.

Even though he first keeps a low profile, he quickly realizes that everyone is rooting for him to become the next Demon King. What kind of adventures does he have in store for him?

The plot isn’t particularly complex, but it’s a show that you can watch with anyone since it’s so much fun. The reactions are amusing, and all of the characters are adorable.

4. The Misfit of Demon King Academy

Anos Voldigoad, the oppressive Demon King, gave his life for the sake of peace. He was reborn with his memory intact after 2000 years and learned that everything he had accomplished had been for naught.

He enrolls in the Demon King Academy to unravel the mysteries surrounding his previous wife’s death. Can he, however, restore order while ensuring the safety of his loved ones?

Even if you’ve seen a lot of demon lord anime, this one feels very distinct from the others. It’s chock-full of cliffhangers, and the MC is ridiculously powerful.