Netflix Has Yet to Announce When Season 4 of Sex Education Will Return, Know All The Twist And Turns

The ensemble cast, writing, directing, production values, and mature treatment of its concerns in Sex Education have all received accolades. Over 40 million people watched the first season of the sitcom when it debuted, proving how popular it was with viewers. In the second season, Wood received a nomination for a Bafta TV Award for Best Female Comedy Performance, while the 50th International Emmy Awards nominated the third season for Best Comedy.

Between September 12 and October 24, 2021, Sex Education got over 447,750,000 hours of viewing time, which is more than enough justification for Netflix to create and properly conclude the narrative.

Sex Education Season 4: Is it happening?

On September 25, 2021, eight days after the third season’s premiere, Sex Education was given a fourth season order. The expected premiere date and the progress of the series products have not been made public as of October 2022.

→  Extraordinary Performances at the Met: Fire Shut Up in My Bones, Refreshes, Recap 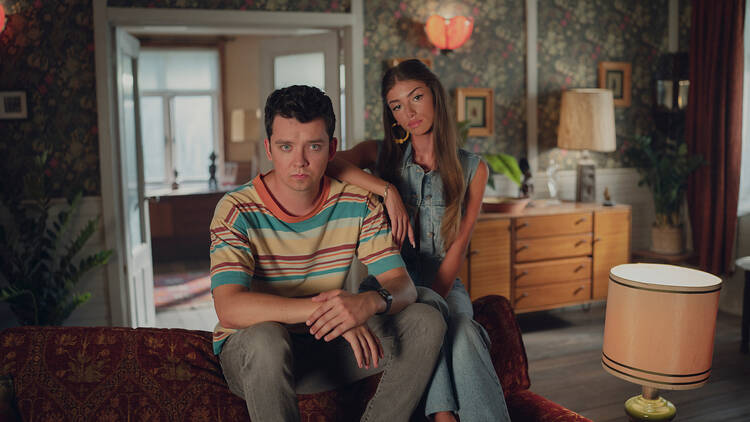 READ MORE: The Date for Frozen 3 Has Been Confirmed, There is Potential for the Movie’s Cast, Plot, and Everything Else.

Given that the last season was released in September 2021, if we had to estimate, we’d say Netflix is planning to release Sex Education Season 4 in September 2023. Asa Butterfield said that the fourth season of the show had begun production on August 5, 2022. We want to emphasize that this is currently only a rumor and will be confirmed by Netflix in the upcoming months.

What can we expect from Season 4?

The Hollywood Reporter also made a full summary of Sex Education season 4 available on Netflix, which you can read below: After Moordale Secondary was closed, Otis and Eric now face a brand-new obstacle: their first day at Cavendish Sixth Form College. Otis worries about starting his new clinic, and Eric hopes they won’t lose again. All the Moordale students, however, are experiencing a culture shock because Cavendish is a far higher caliber institution.

→  "Halo" Finale Starts With the Master Chief Waking Up From His Slumber With His Face Looking Battered, Bruised, and Bloody.

By enrolling in an art A Level, Aimee attempts something new, while Adam questions if traditional schooling is right for him. Maeve is pursuing her passion in the United States at the esteemed Wallace University, where cult novelist Thomas Molloy is her professor.

When Sex Education Season 4 debuts, it will only be available on Netflix. All previous seasons will also be accessible there with a range of subscription options. The plan you select will determine the video quality and the number of screens you may utilize to stream Netflix at once.