Who are Dakota Johnson’s parents?Know The Truth

On October 4, 1989, Dakota Johnson was born in the United States. The most popular search on the internet is for Dakota Johnson’s Parents because many people are curious about the personal lives of their favorite celebrities. Let’s find out who Dakota Johnson’s parents are and much more in this article.

The parents of Dakota Johnson are reportedly Don Johnson as well as Melanie Griffith.

Anastasia Steele, who she played in the Fifty Shades trilogy, is Dakota Johnson’s most well-known character. Although the actress’s fans may be well-informed about her, many of them are unaware that she is a member of Hollywood royalty. Don Johnson and Melanie Griffith, both actors, are Dakota Johnson’s parents.

The 1988 movie Working Girl, in which Melanie Griffith played Tess McGill, is arguably her most well-known work. She was nominated for an Academy Award and won the Best Actress Golden Globe for her portrayal.

→  Emma Watson and Tom Felton had a Romantic Connection CONFIRMED. Is it rumour or truth?

Another Day in Paradise, Buffalo Girls, Crazy in Alabama, Something Wild, Night Moves, and Lolita are just a few of the many classic films in which Griffith has played prominent roles.

She also has a long list of television credits, including appearances on Hawaii Five-0, Twins, Raising Hope, and Nip/Tuck.

Dakota’s father, Don Johnson, is also a successful businessman. He is best known for his role as James “Sonny” Crockett in the 1980s television series Miami Vice, for which he received a Golden Globe nomination and a Golden Globe Award. In the 1990s television series Nash Bridges, he co-starred with Cheech Marin and played the role of Nash Bridges. This role made him famous. 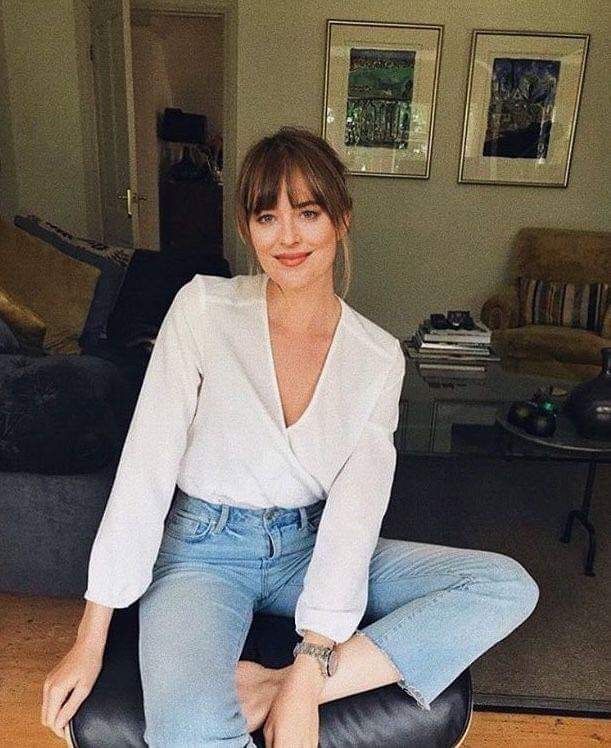 Don Johnson has also made appearances in movies like The Hot Spot, Guilty as Sin, A Boy, and His Dog, Machete, and A Boy and His Dog. Not to mention, Johnson and Griffith acted together in several movies, including Paradise, The Harrad Experiment, and Born Yesterday.

In essence, they both had extremely successful careers, so it’s no surprise that their daughter did, too.

Early in the 1970s, when Griffith was only 14 and Don Johnson was 22, they started dating. Griffith proposed to her on her 18th birthday a few years later. They married in 1976 but divorced six months later. Years later, they got back in touch, got remarried, and in October of 1989, Dakota was born.

And, in case you’re wondering, no, Dakota Johnson’s parents haven’t seen any of the Fifty Shades films — and they probably won’t.

Always be updated with us visit GeekULTD For real-time updates