Samsung has had an impressive lineup of devices this year. From the launch of the Samsung Galaxy S9/S9 Plus earlier this year to Galaxy Note 9 from a few months ago. Samsung has definitely upped their game a bit but it seems like that hasn’t translated very well into sales lately. To shake up some rejuvenate buzz for smartphones, manufacturers often release new “special edition” colors to their devices several months down the line and it seems like that may be the case according to a recent leak that has popped up into trusty Evan Blass’s DMs.

According to the so-called “leak”, a render seems to be showcasing the Samsung Galaxy Note 9 in glamorous white, a color that Samsung has ditched since the Galaxy Note 5 days. After the Note 7 debacle, we’ve seen Samsung play around with their color schemes for quite a while but have seen Samsung neglect the color with their glass-back finishes since then. Several spectators murmuring around the original leak suspected that the leak may very well be photoshopped but the accuracy of the leak says otherwise. Several followers of Evan Blass have noticed very subtle artifacts around the device and pretty much no leakster has been able to confirm nor deny the leak suggesting that there sources don’t have a clue regarding the device. 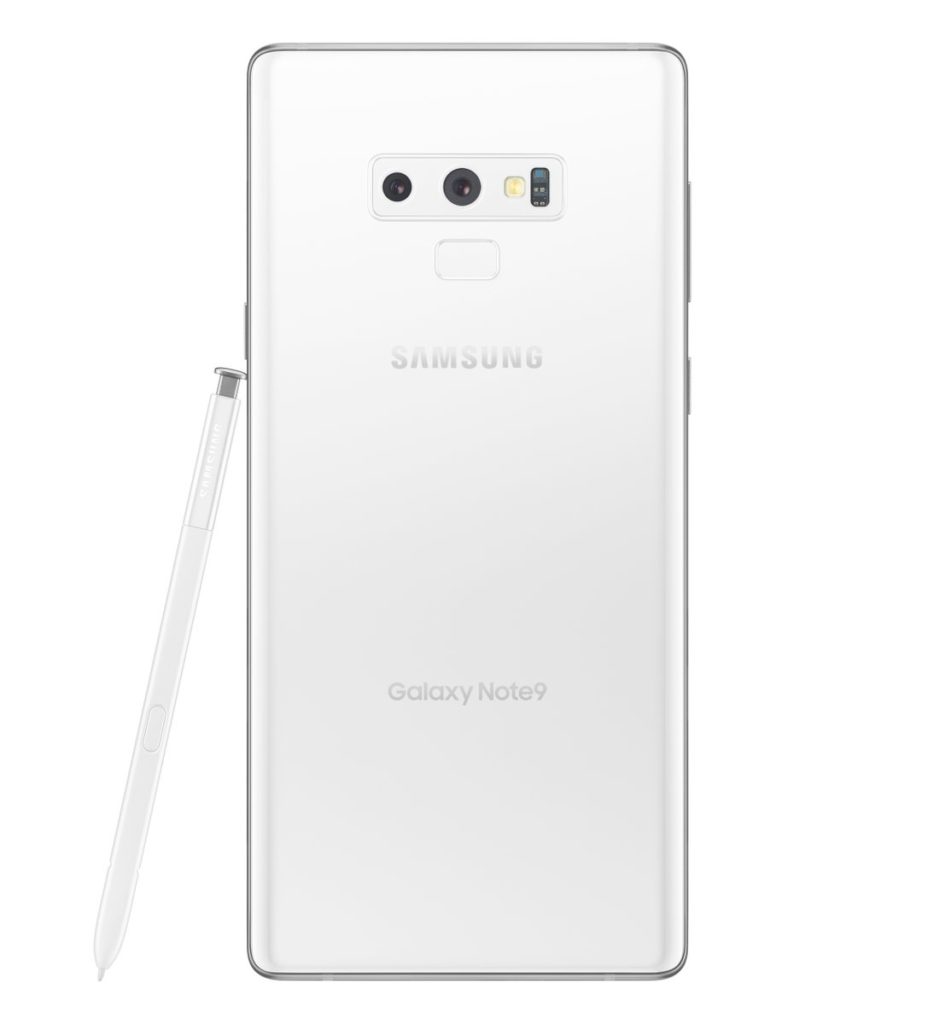 Internally, there’s nothing we’re expecting to see coming out of the blue with the white Galaxy Note 9 if Samsung starts teasing it all of a sudden. Samsung’s all out of they’re party tricks, it’s not like Samsung would release a 1TB version of the device with 5G capabilities all of sudden. But hey, that would definitely make us enthusiastic if the phone at least ends up coming in white. What we are sure about is that the Galaxy Note 9 in white may hit a ton of folks hard who had been die-hard fans of Samsung from the Galaxy Note 3 and Note 4 days. And given that Samsung had pretty much been progressing incrementally with the Galaxy Note 3 and 4’s fake leather back, it definitely seemed like the South Korean giant was actually taking notice of all of the feedback surrounding the device until the glass-back S6 hit the market.

But then again, if Samsung does release the white version of the device, it would most likely be due to the fact that they would want to provoke the enthusiasm of the old-school folks from the original Note days. Afterall, they would definitely appreciate any form of boost in sales as Chinese OEMs have started to gain on them.

Since we aren’t expecting anything out of the blue with the white version of the Galaxy Note 9, we definitely have our eyes set for the Samsung Galaxy S10 that’s set to hit the market within the next five or six months.