We’re mere months away from the launch of the Samsung Galaxy S10. With Samsung introducing some major overhauls to their lineup and laying out just as important plans over the past few months or so, Samsung is definitely not backing down from experimenting future design choices.

The Samsung Galaxy A8S finally launched in China earlier this morning following a fairly accurate lineup of leaks and renders. The Samsung Galaxy A8S is the first commercial phone from Samsung that has brought their Infinity-O concept to reality as it continues to usher through their experimental phase. A rep from Samsung had told us in the past that Samsung has stepped up its experimental game and is committed to change its design based on current trends. This also leads to the launch of the Galaxy A7 and Galaxy A9 earlier this year where Samsung is simply trying to gather reactions from folks regarding their recent changes with both of the devices featuring a triple and quadruple camera set up. Its evident that the Galaxy A8S is a proof of that philosophy Samsung has going here. 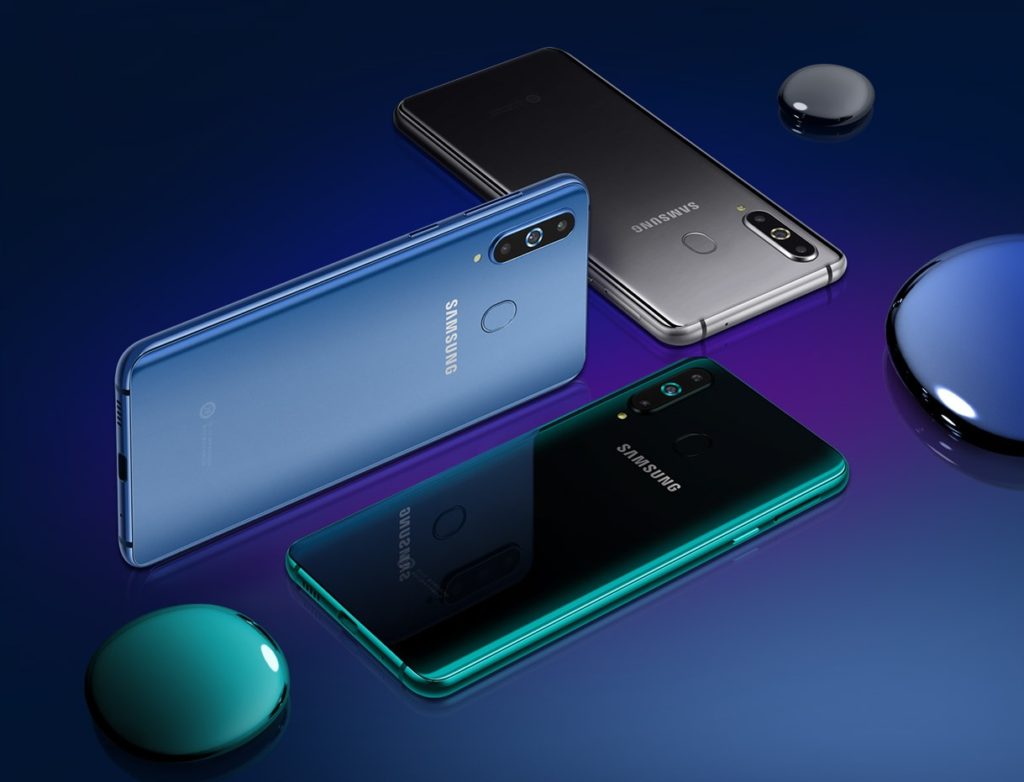 The newly announced Samsung Galaxy A8S features a 6.4-inch Infinity-O display, a 24+10+5MP triple rear camera setup, up to 8GB of RAM and 128GB of internal storage. Regarding the SoC, Samsung has chosen the all-mighty Snapdragon 710 SoC to power the new Galaxy A8S and would come in three colors to shell its internals, namely, blue, green, and black, each device unique in their own aesthetics and vibes.

Whether the device would be making its way to international markets is yet to be seen. However, we wouldn’t be surprised to see Samsung plan to release the device for the South-East Asian market anytime soon. 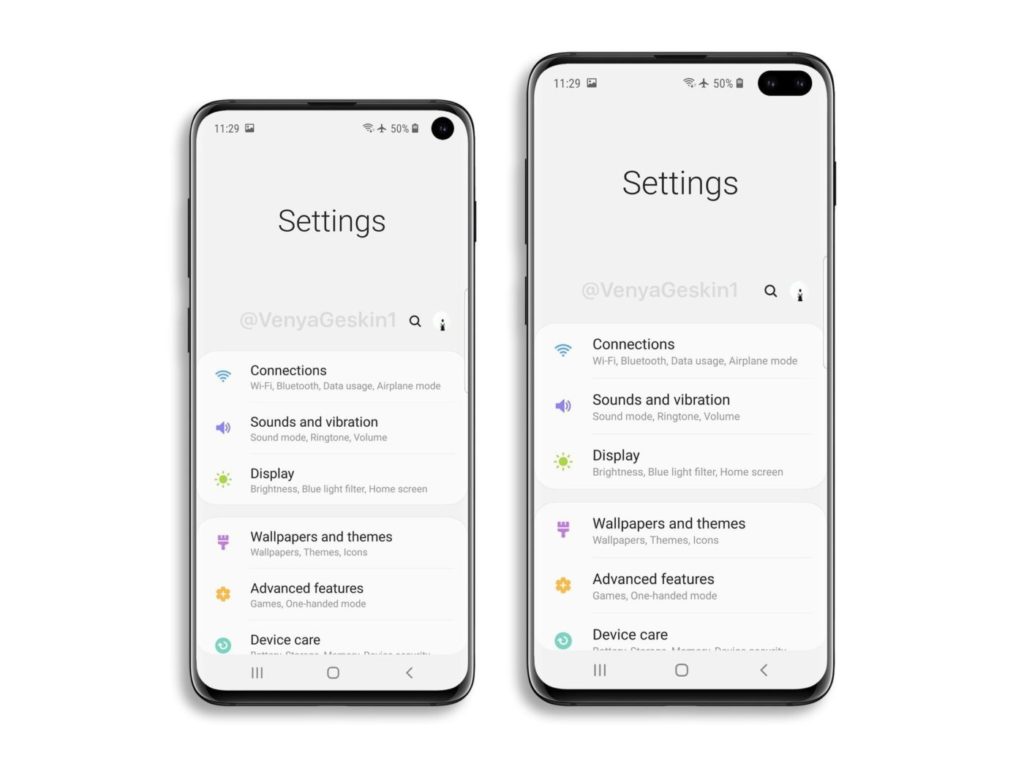 Courtesy of Ben Geskin, we finally get a side-by-side look at how the Galaxy S10 Plus and the A8S look like now that the A8S is out.

Based on the renders, it seems like we could pick up on a trend here. Not only is Samsung planning to use their new notch alternatives with upcoming devices, but it seems like Samsung’s even more concerned about reducing the chin on the Samsung Galaxy S10 family of devices excessively.

Ever since Apple’s iPhone X came out, Android OEMs have since then flocked to mimic the design language but have always failed to deliver on the consistency Apple has been bringing to the table so far. We’ve seen large top-mounted notches, but large and inconsistent symmetry. Samsung, on the other hand, seemed to be unenthusiastic when the iPhone X debuted last November and we all know how that went. Sure, Samsung did make a huge improvement with the Samsung Galaxy S8 with its so-called “Infinity” display, but it was evident that Samsung had no plans to adopt Apple’s design language anytime soon.

In the render above, we could clear the alleged Samsung Galaxy S10 Plus packing a dual camera set up in front of the device. Renders have thus far confirmed that the Galaxy S10 and the Galaxy S10 family of devices would pack an Infinity-O panel. When renders of the Samsung Galaxy S10 Plus made their way to the internet, we were left in awe regarding how awful a dual camera setup would look like, but it seems like that doesn’t seem to be the case now that Samsung’s software team has taken responsibility for the hole thanks to the new OneUI interface.

What sparks our curiosity is how large the display on the Samsung Galaxy S10 Plus would be given that the 6.4-inch on the Galaxy A8S looks puny next to it.

Pricing for the Galaxy A8S remains a mystery for now as the device has just been listed for reservations rather than sales in China. However, given the internals Samsung’s offering and taking into consideration how Samsung has priced their phones in the past, we’d say that the device would most probably retail for around US $400-500 if it launches for the international market.