Ella Robinson
Hello! I’ve recently started to enjoy writing and hope my article interests you. Recently, as well as learning Japanese (which is one of the most interesting languages), has also added another hobby: binge-watching American dramas/anime, etc.

Ezra Miller attends the Brooklyn Navy Yard’s 15th annual CFDA/Vogue Fashion Fund event on November 5, 2018, in New York. Miller has reportedly been charged with felony burglary in Stamford, Vermont, according to a report from the Vermont State Police on Monday, August 8, 2022. This is just the most current in a line of recent incidents involving the beleaguered star of “The Flash.”

One of the greatest stars in the company is still in the news for potential criminal activity as David Zaslav attempts to overhaul Warner Bros. Discovery’s DC cinematic universe.

In Stamford, Vermont, actor Ezra Miller has been charged with felony burglary. This is just the most recent incident involving the troubled “The Flash” star. 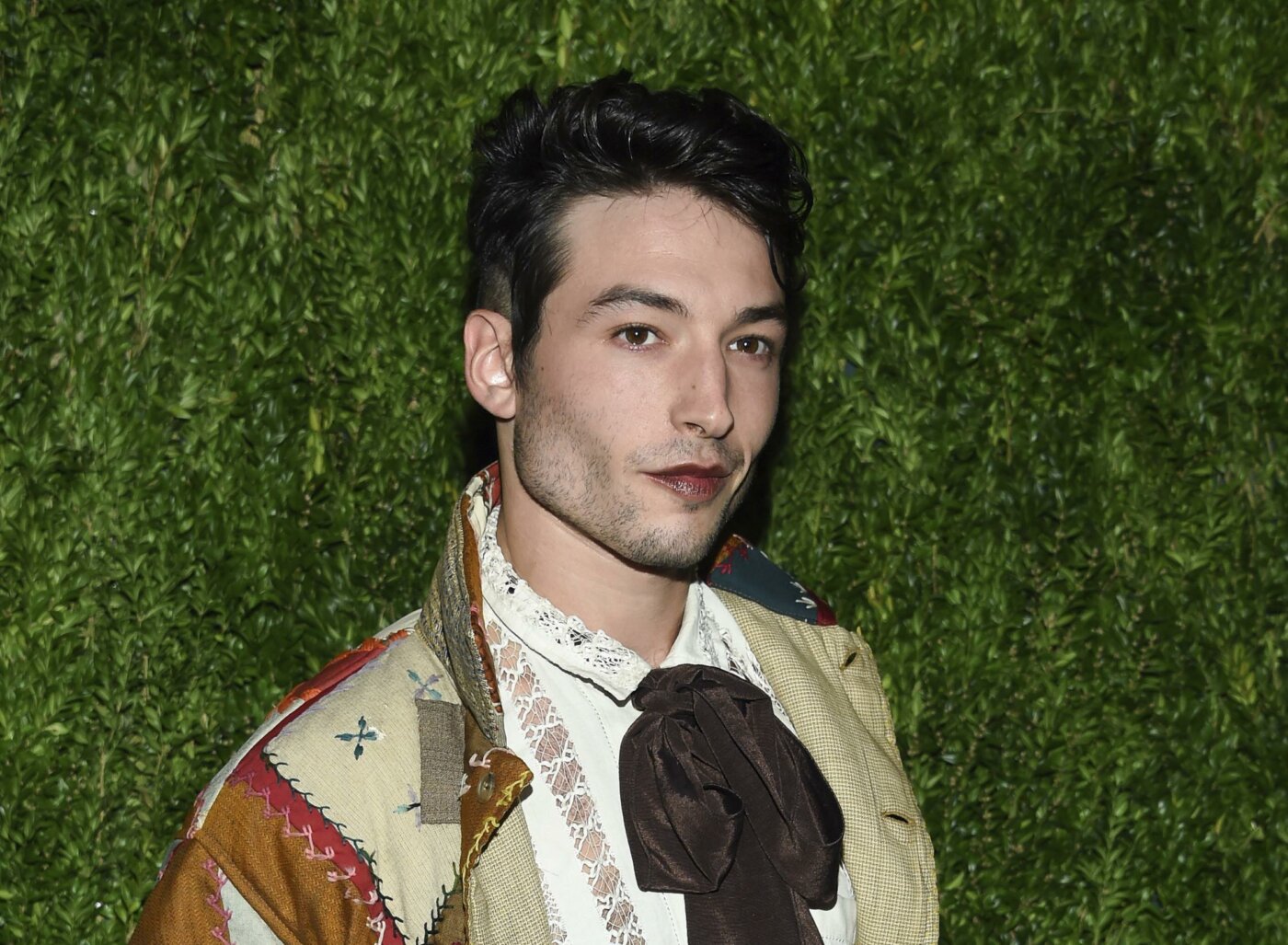 According to a report published on Monday, Vermont State Police found several bottles of alcohol had been removed from a property while the owners weren’t home when they responded to a burglary complaint in Stamford on May 1. After reviewing security footage and speaking with witnesses, Miller was accused.

According to a report from the Vermont State Police, Ezra Miller, who plays Barry Allen, aka the Flash, in the DC Extended Universe, has been charged with felony burglary in Stamford, Vermont.

The claimed crime allegedly occurred on May 1 and involved missing liquor bottles from a nearby house. Miller’s involvement was shown on surveillance footage, the newspaper claims, and they were cited on Sunday to appear in Vermont Superior Court on September 26 for arraignment.

Two women who had independently accused Miller of acting threateningly talked to Variety in July. In 2020, a woman claimed that Miller choked her and threw her to the ground in front of a bar in Iceland. The lady said: “I thought, ‘It’s all fun and games,’ but then it wasn’t. Suddenly, [they] are on top of me, choking me and asking me to fight while shouting in my face. Instead of blaming the actor directly, the woman attributed the escalation of the argument to Miller’s buddies.

This most recent instance fits into a pattern of unsettling activity and accusations of wrongdoing that date back to at least 2020. In 2022, Miller was detained and charged with disorderly conduct and harassment. A few hours before their April court date to answer these charges, Miller was detained again following an altercation in which they were alleged to have thrown a chair and hurt a woman.

→  On Steam, 'halo Infinite' Player Count Falls Below 'halo: the Master Chief Collection,' According to Valve.

Additionally, two orders of protection have been granted recently, one for a 12-year-old in Massachusetts and the other for Gibson Iron Eyes, an 18-year-old activist from Standing Rock. Their parents claim trained him by Miller. 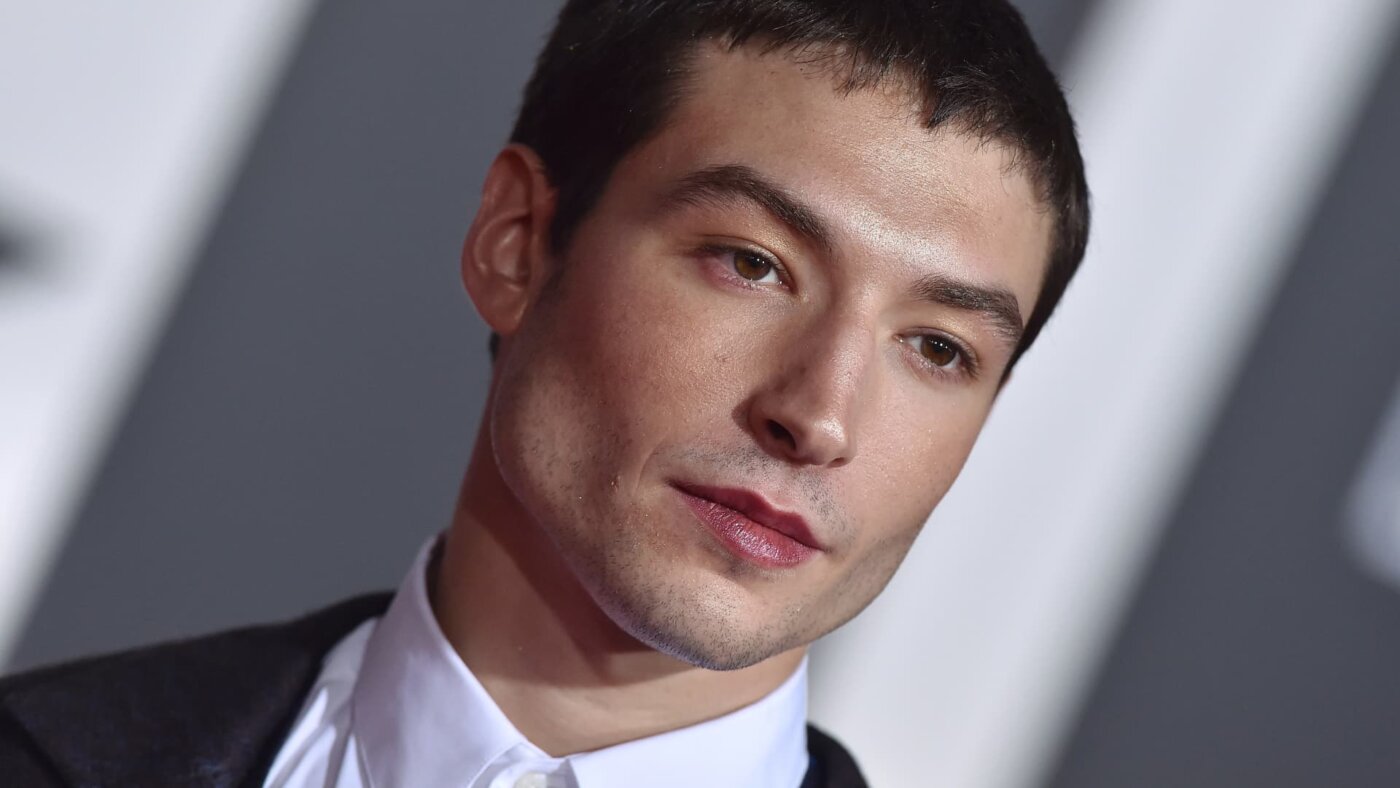 According to other charges, Miller kept a 25-year-old woman and her three young children on his ranch near Stamford. The children are all under the age of five. According to a Rolling Stone story, the home allegedly doubles as an illegal cannabis grower and has multiple guns on the grounds.

Nearly a year before Warner Bros. is set to premiere “The Flash,” a $100 million movie that is a cornerstone of the studio’s DC property, Miller was charged with felony burglary.

The announcement also comes soon after the CEO of Warner Bros. Discovery praised the movie on an earnings call.

““Black Adam,” “Shazam!” and “Flash” are three fantastic DC movies that are coming out, said Zaslav during the call. “We are now focusing on all of those. We’re quite ecstatic about them. We’ve witnessed them. They are great, in our opinion…”

Although insiders within the firm claim emergency meetings were conducted in April to discuss their recent scandals and how the studio would move forward, the company kept silent throughout Miller’s earlier this year assault arrests. At that time, it was decided that although the actor’s future projects with Warner Bros. would be put on hold, the movie would still go on.

Miller was found just before midnight on Sunday, according to the police report, and was given the summons to appear for his arraignment in Vermont Superior Court on September 26.

The felony accusation adds to Miller’s growing legal issues and rumors about his bizarre behavior. The actor, 29, was detained twice in Hawaii earlier this year, including for unruly behavior and harassment at a karaoke bar. A second-degree assault was the cause of the second occurrence.

Early this year, the parents of Native American activist Tokata Iron Eyes, 18, sought a protective order against Miller, alleging that he had been grooming their daughter and engaging in other improper activity with her since she was 12 years old. Insider recently received a statement from Tokata Iron Eyes denying the accusations.

Even during its presentation at CinemaCon in late April, the studio teased “The Flash,” indicating that it still intended to proceed with the movie’s debut the following year.

Corporate representatives did not immediately answer a request for comment from CNBC.

Miller’s most recent legal run-in has only fueled fan resentment of the studio, which controversially shelved the DC feature “Batgirl” for direct-to-streaming last week.

Many thought it was improper to cancel the movie, which stars Leslie Grace, an Afro-Latina. Even though Warner Bros. Discovery has stated that the action was taken as a cost-saving measure after Discovery and Warner Bros.

When Jason Kilar, the former CEO of WarnerMedia, left the firm in April, Zaslav was named CEO of the newly combined Warner Bros. Discovery. Under Zaslav’s leadership, the company’s content strategy has been refocused.

Warner Bros. has come under fire for sticking with the movie despite stories of Miller’s alleged behavior. Public outrage increased when the studio announced last week that it was canceling the nearly finished Batgirl movie but not The Flash.

The Flash was mentioned by David Zaslav, the CEO of Warner Bros. Discovery, in a previous week’s earnings report.

“The Flash, Black Adam, and Shazam 2 have all been seen. They have us excited,” Zaslav declared. We think they are great, but we believe they can be much better.

According to the new CEO, the corporation shouldn’t spend a lot of money on high-budget movies that will only be released on streaming.

Miller plays the Flash in the next standalone movie, “The Flash,” which will be released in June 2023, after making multiple appearances in films for Warner Bros. and D.C. Films. Despite last week’s cancellation of the nearly finished “Batgirl” movie, Warner Bros. has indicated that it is still committed to delivering “The Flash.”

David Zaslav, chief executive of Warner Bros. Discovery, made mention of “The Flash” in a financial report last week. “The Flash, Black Adam, and Shazam 2 have all been seen. We are ecstatic about them,” Zaslav added. They are great in our opinion, but we believe they can be much better.