Logitch G213 PRODIGY Gaming Keyboard Review – Too Many Corners Being Cut Off?

Logitech is no stranger in the peripherals market. They’ve been around for more than many gamers could remember. They’re strong presence in the gaming market thanks to their excellent slew of peripherals has simply put Logitech into the upper stakes of the brand priorities for many gamers. 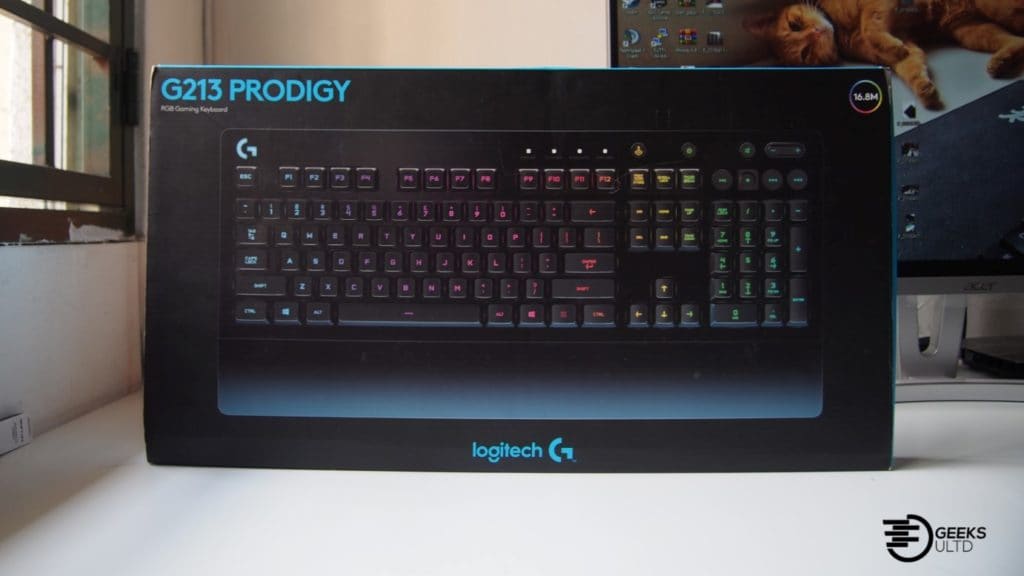 We’ve seen the likes of the G810, G Pro Gaming Keyboard, G413 Carbon and a ton of other new keyboards from Logitech. Logitech’s new approach to peripherals has kept me motivated towards their peripherals.

As a part of their new affordable “Prodigy” mission, Logitech has released their new keyboard, so called, the G213. Logitech has thankfully sent out a unit to us for this review and so, here it is!

Logitech has been putting a ton of emphasis on making their keyboards and other gear as simple as possible. With the G213, Logitech has opted for a no-frills design. This means that you get your basic stuff, your decent sounding keys, a bit of RGB flair and a decent design backed by edgy fonts. I hope Logitech doesn’t take that too seriously. Anyways, Logitech’s G213 brings quite a bit to the table with its PRODIGY series of peripherals that have been specifically been targeted at the budget market catering users who are new to PC gaming or have a limited budget. 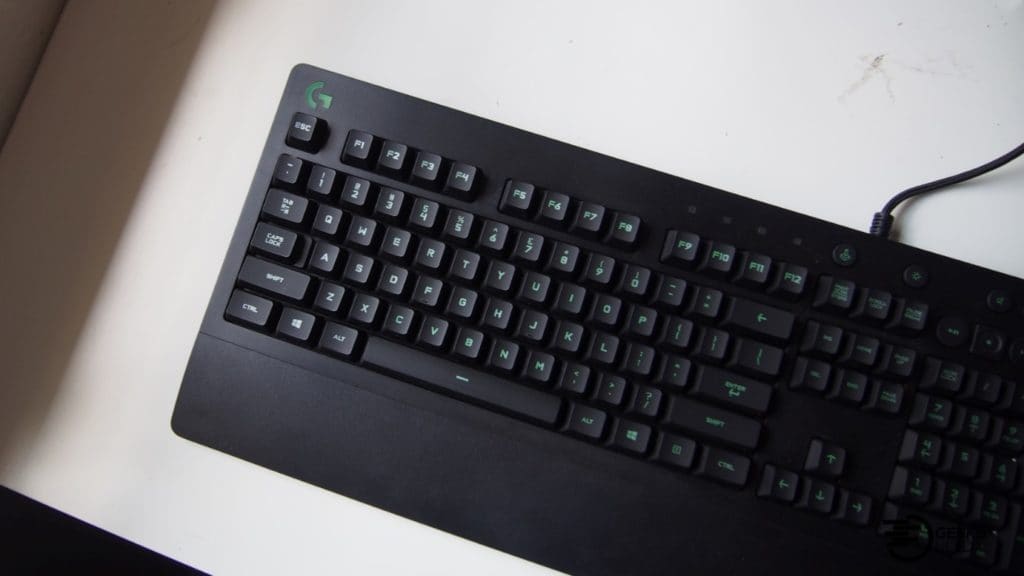 The keyboard is build of plastic, completely plastic I mean. However, the construction isn’t what you may expect. The G213 isn’t built of hard plastic, rather, it is built with plastic that’s flexible. Its not too flexible to worry me, but it shows where Logitech has decided to cut corners on the G213 which is certainly not a bad thing for the price but we decided to point that out. 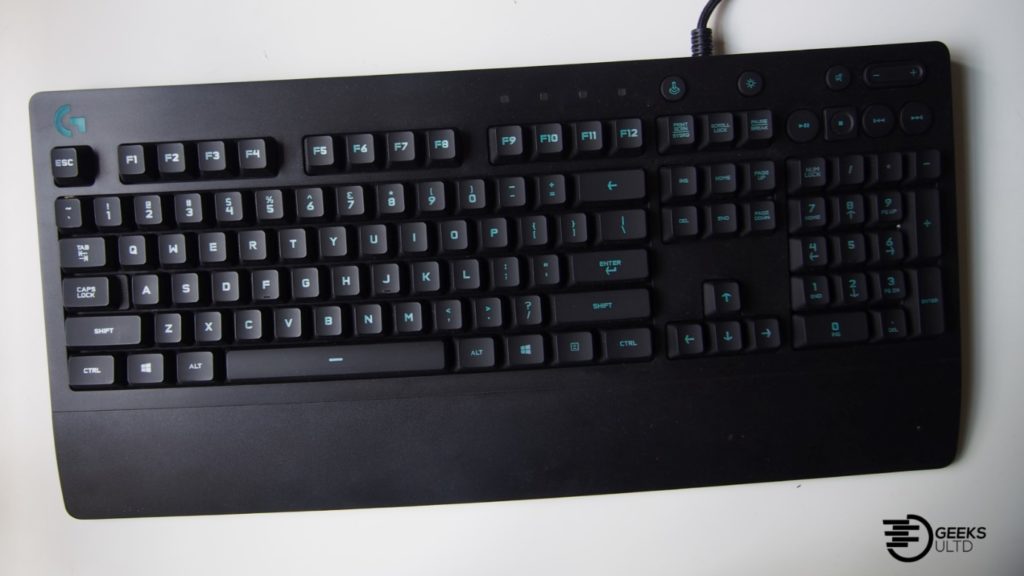 The brightness of the RGB backlighting isn’t that satisfying either. It lacks brightness, especially in well-lit conditions as well as has very unappealing mushy volume and media keys.

However, the G213 isn’t bad in every aspect, in fact, it has some features up its sleeves too. First, a two-level angle adjustment as well as spill-proof protection would simply save anyone’s day. On top of that, Logitech’s implementation of their so-called “Mech-Dome” switches are said to be 4x faster than traditional keyboards. These keys travel 4mm and require a 50g actuation force.

On paper, these keys may look like a great Mechanical Switch getaway, but the G213 realistically is no where close to a real mechanical keyboard, nor does it act like one. We’ve had similar keyboards sent to us trying to impress consumers with their mechanical switch getaways such as the Cooler Master MasterKeys Lite L RGB Mouse & Keyboard Combo. Even so, their implementations were far more superior to that of the G213. 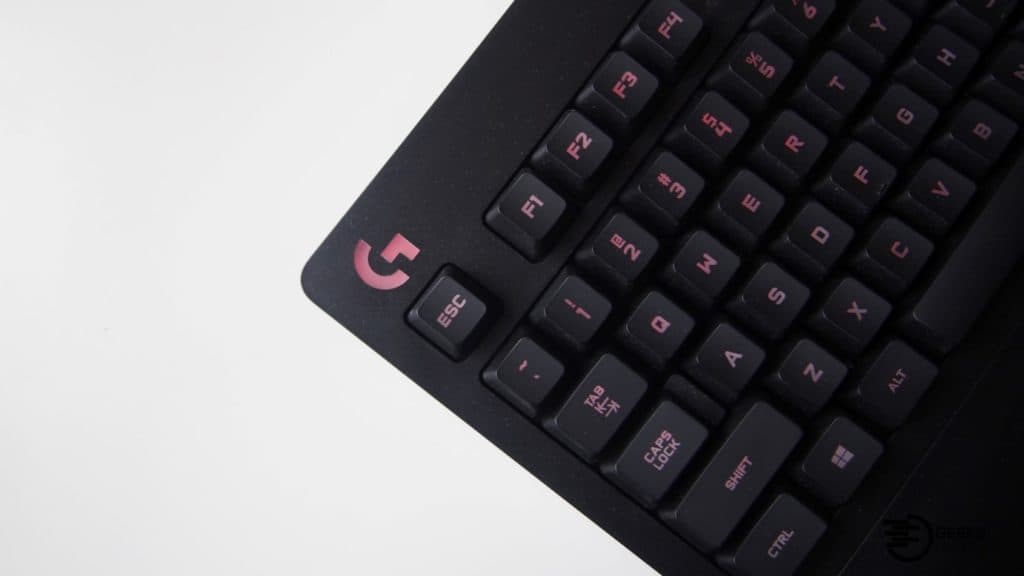 Keystrokes all around are pretty mushy and lack the audible click of any mechanical keyboard as you could expect by now. However, the key strokes were much more pronounced to that of a membrane keyboard.

Personally speaking, most veteran gamers wouldn’t really enjoy using this keyboard. Despite how bad it sounds, the keyboard is still attractive and an excellent place to start for new-comers of the PC Master Race who want the appealing RGB flair especially with Logitech’s software backing the RGB craze to customize your keyboards RGB colors.

If picking up a cheap mechanical keyboard was your goal, you’d rather add some extra cash and get a better one.

Considering all, the Logitech G213 Prodigy does come at a decent price that many new gamers would immediately notice. On top of that, since Logitech has brough their keyboards at such a price point, they’ve decided to cut a lot of corners with the G213 which is justifiable for the cost. Overall, its not a bad keyboard in itself and would be even more appealing if Logitech decides to lower the price of the G213 even lower in Asia.

The Characters For Finn Cole’s Animal Kingdom and Peaky Blinders Were So Similar, Were You Able To Make Out?

Here Are The Tips And Tricks That Will Guide You In Defeating Arlo In Pokemon Go, 2022