Armaggeddon is a company based in South East Asia known for their gaming peripherals. The brand has attended and sponsored many events in SEA. The company has a wide variety of gaming peripherals and hardware. Some of these include Gaming PC Cases, Gaming Keyboards, Mice, Power Supplies, Headsets, Speakers and much more.

Today, we have their MKA-11R RGB-RAPTOR Mechanical Gaming Keyboard which comes with Kailh Blue switches instead of the traditional Cherry MX switches. Other Kailh switch types are also available for this keyboard. The keyboard retails for a price tag of RM 439 which effectively translates to US $109 at the time of this review.

RGB Raptor MKA-11R Blue Switch editionBlue switches: Casual gamers, who type as much as you game, this version of Black Hornet equipped with Blue switches would be better suited for you. The distinctive “click” sounds sets Blue mechanical switches apart from the rest, with the tactile “bump” which activates the key you’ve pressed. Brown and Blue switches are quite alike in terms of specification, only that the Blue switch is lighter and tends to be noisier too.

The keyboard comes with two color options for the keycaps, white and black. The one we have today is the one with the black keycaps coupled with Kailh Blue switches.

According to Armageddon, the switches used on the keyboard have a life of 50 million keystrokes.

Well that’s enough for the intro, let’s have a look at the Design. 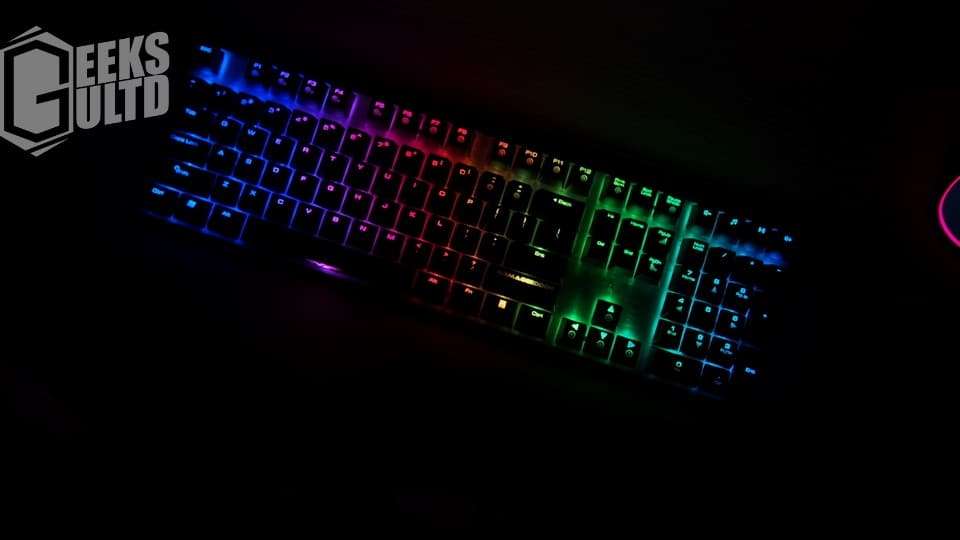 The MKA-11R comes with quite a few RGB presets. RGB lighting on the MKA-11R works very well with no dark spots distinguishable. Taking a closer look at the keyboard layout we could see how Armageddon has stylized this keyboard. Yes we could agree the could aesthetically looks nice but they forgot some stuff on the way. One of the minor bits missing from the keyboard is the absence of an led to indicate if CAPS Lock is on or off. Second, I could have asked for a wrist rest for the keyboard, nothing major, but it’s nice to have. And lastly, I would have preferred Armaggeddon to place the Armaggeddon logo on top of the spacebar instead of the side.

Taking a look underneath reveals some pretty common features for a keyboard at this price, you’ll find two plastic feet covered with rubber at the tips, five rubber grips at the bottom of the keyboard and some Armaggeddon branding with your S/N.

The rubber provided on various places beneath the keyboard work very well. However, the height adjustment could be improved with this keyboard. There not much left about the keyboard’s design. Rounding up on the design, I don’t have many complaints with the design of the keyboard, however, I really wish Armageddon could take note of the negatives I made above. 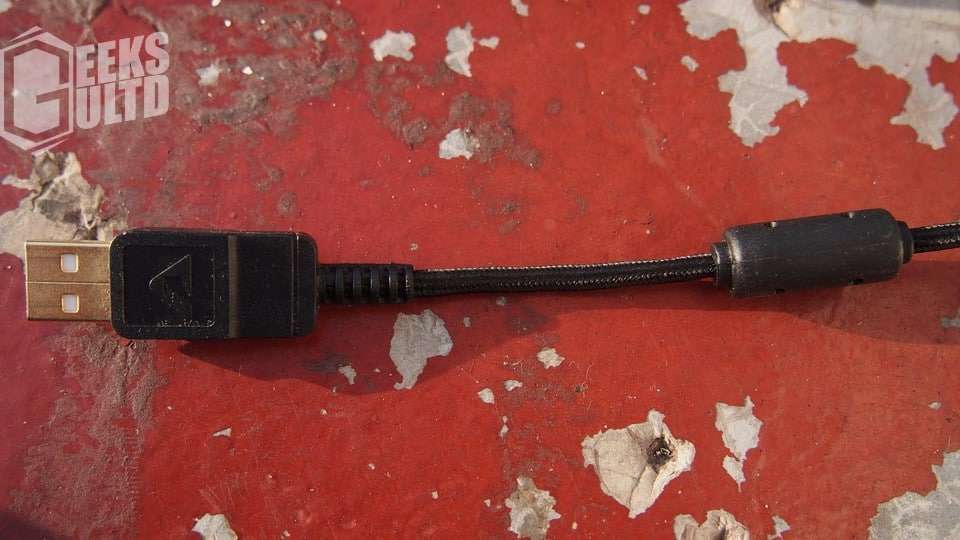 Okay, let’s continue with the Build Quality now. As we know by now, the MKA-11R is built of brush aluminum and plastic. We took into account of how well the keyboard is built. The body of keyboard itself is built very well.

However, these switches do come with a distinguishable squeak if you listen to them very closely and have some experience with these switches. Backing the lifespan of the keyboard, Armageddon claims that the keys on this keyboard have a lifetime of 50 million keystrokes. 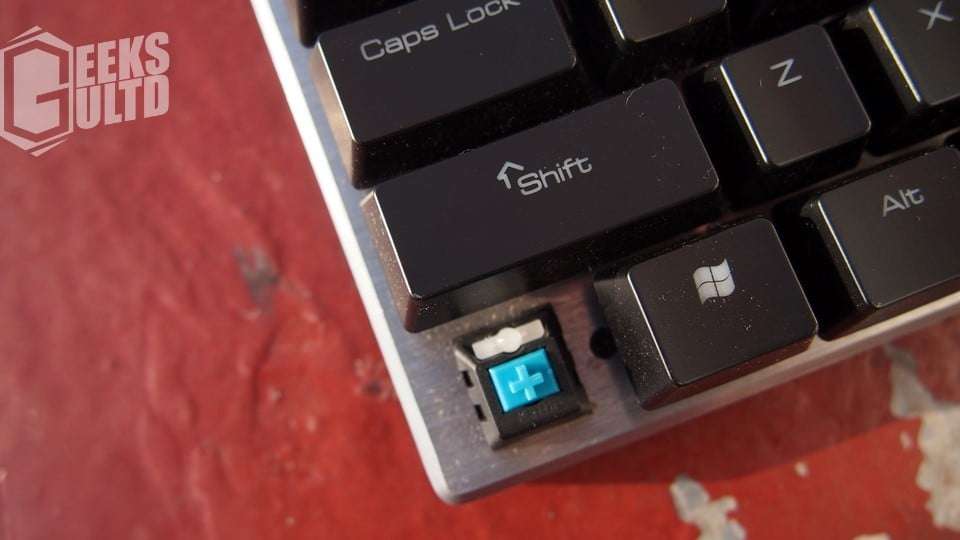 Before we end up, let’s talk about my personal typing experience. As we mentioned earlier, the MKA-11R uses Kailh Blue switches, which are replicas of the Cherry MX Blue switches. In my testing period, I haven’t encountered any issues when activating and deactivating the switch, pretty responsive. Additionally yet again as I mentioned earlier, there isn’t much of a difference between the Cherry MX and Kailh when it comes to the sound except experienced users will be able to hear a very minor squeak when pressing the switches. However, when typing fastly on this keyboard, the squeak sound isn’t audible unless you really want to hear it.

The switches have quite a loud click and clack sound to them which is pretty usual for Blue switches.

Okay so here’s the Conclusion. The MKA-11R retails for a price of RM439 for the Kailh Blue switches. In my experience the MKA-11R has been an excellent companion with a side note for Armaggeddon to improve the layout of the keyboard, these improvements include the addition of a Caps Lock indicator, and possibly a wrist rest to make the typing experience even more enjoyable. Nonetheless, excellent keyboard. For the price of RM 439, its a good pickup for those who want the aesthetics more as it’s not a common everyday keyboard you’ll see everyday. Otherwise, there are cheaper Kailh Blue Keyboards out there. However, we’d also recommend you to have a look at Armaggeddon’s own MKA-9C if you want to.