Asus been known as the most reliable motherboard manufacturer to many. Their ROG lineup is aimed at keeping the enthusiasm high for their ROG fans. With the launch of the 7th Generation of Intel Kaby Lake processors, Asus quickly rolled out this high-end Maximus IX motherboard that costs $400. Is it worth it? Let’s find out. 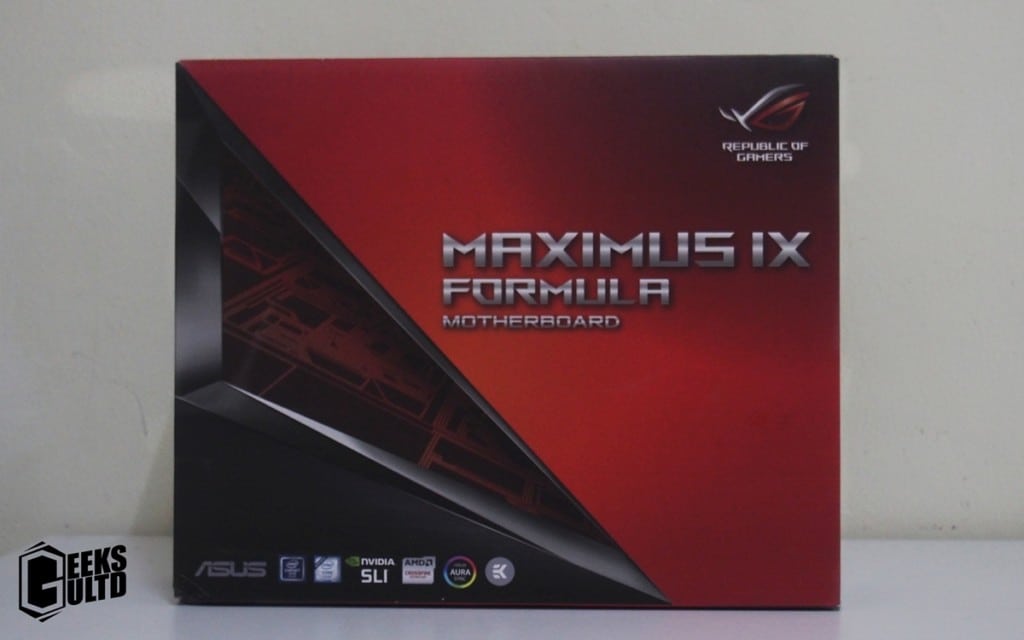 The Asus Maximus IX Formula is one of the best Z270 chipset motherboards out on the market. It has all the features you’d want in an enthusiast-class motherboard. The new box is sleek and the motherboard comes with a lot of accessories.

Inside the box, along with the motherboard itself, you’ll find: 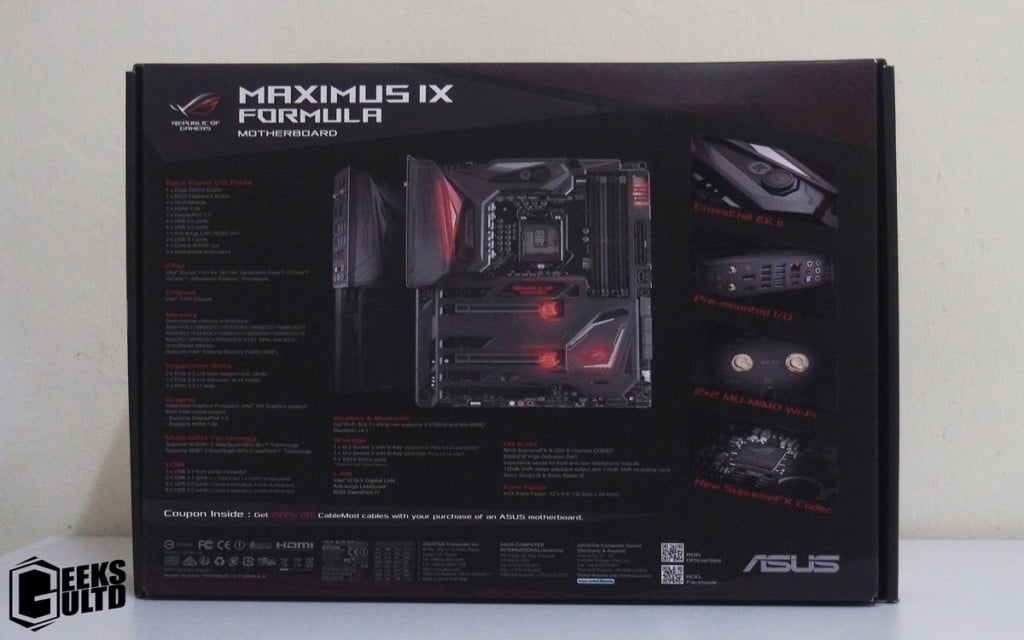 On the back of the box, you’ll find detailed motherboard specifications and some of its key features on the right side.

Talking about the I/O, the Asus Maximus IX Formula has four USB 3.0 ports and four traditional USP 2.0 ports. Alongside those, there’s a USB 3.1 type-A port and a USB 3.1 type-C port. One of the USB 2.0 ports is for BIOS FlashBack and another one of the USB 2.0 ports is for Keybot. As for display input, the Maximus IX Formula features HDMI 1.4a and DisplayPort. The motherboard also features gold-plated ports for audio (S/PDIF). And last but not least, there’s a port for the WiFi antenna, a BIOS FlashBack button, a Clear CMOS button and an Intel GigaBit LAN port.

→  Need For Speed Payback Gets Its Final Launch Trailer 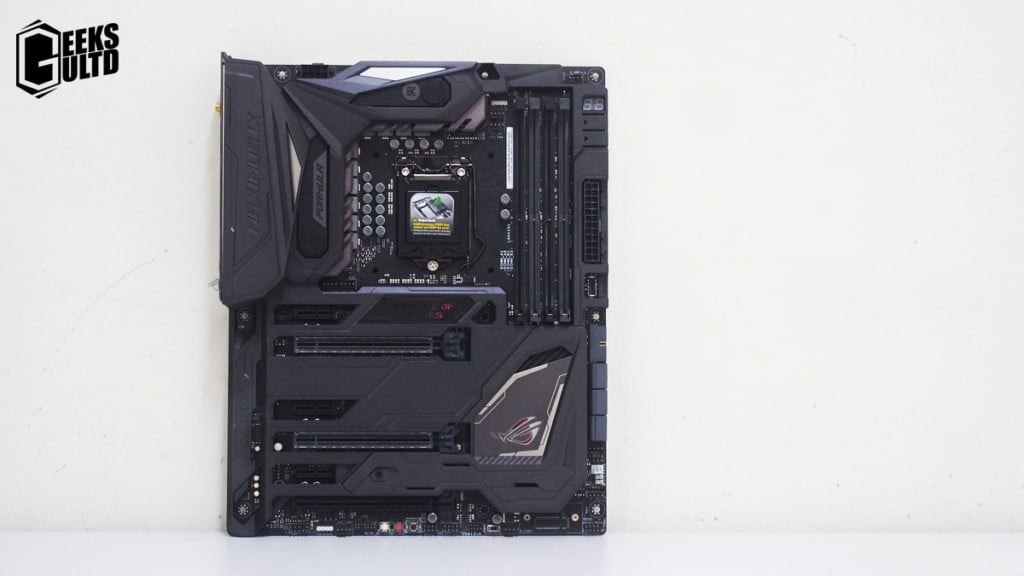 The motherboard itself looks gorgeous with the black color scheme and RGB LED lighting. It also has a front panel header for USB 3.1. Currently, not many cases have USB 3.1 ports on the front but there are many cases that’ll take advantage of this feature in the coming years.

Unlike the majority of other similarly-priced Z270 motherboards, the ASUS Maximus IX does not have steel reinforcement on the PCIe x16 slots. The error code LED is located above the 24-pin power connector. Under the plastic shell of the motherboard, there’s an M.2 slot for high-speed storage expansion.

The motherboard is also jam-packed with features for water cooling and even LN2 cooling. It also has two RGB LED headers and on-board on/off buttons. Six right-angled SATA 6 GB/s ports are located a little below the 24-pin power connector.

The Asus Maximus IX Forumla gets the regular, yet great ROG BIOS that’s found on other ROG boards. Inside the BIOS, you can extensively change and monitor the parts of the motherboard as well.

Inside the BIOS, you can monitor the temps, tell the motherboard to monitor or not to monitor certain parts of the motherboard, change fans speeds, tweak the BCLK and much more. But this is what most other Z270 motherboards do as well. However, the way Asus lays out the functions and controls makes the ROG BIOS a real treat for many overclockers and tweakers.

With the Maximus IX Formula, we managed to push our current 7700k to 4.9Ghz at 1.3v with the normal BCLK of 100. Tweaking the BCLK also works very well inside the BIOS allowing users to tweak every increment they can. We’d admit that I haven’t won the silicon lottery and missed to hit 5GHz on our chip despite tweaking everything we can manually. 5Ghz was definitely quite stable at 25 x 200 BCLK and even passed Prime95 stress tests with extreme ease. However, putting one hour into CSGO would completely crash the system.

Overclocking RAM was just like other Z270 Motherboards. We used a single 8GB Kingston HyperX DDR4 module rated at 2400Mhz. Increasing the voltage from 1.2 to 1.27v allowed us to run our RAM at 2800Mhz

I think by now we’ve learnt that the Formula isn’t for everyone. Priced at $399, Asus is targeting the enthusiasts and pro-sumer users with the features the Formula offers. The the 10-phases on the motherboard allow for stable overclocks while keeping LN2 enthusiasts in mind.

Its an amazing board to say the least! Jam-packed with features, a stable yet durable motherboard with a lot of the latest technologies. Asus has been playing well and we expect it to do so in the future. But users who are ven able to spend $400 on just a motherboard, do ask yourself this, will you be able to utilize all the features the Maximus IX Formula comes with? If yes, then this is among the best options you have out there without a doubt!

If you’ve forgotten your Windows 7 password, you have a number of options to login.

Skincare Schools for Health and Many More to Know About Skincare Like Skincare Specialists, What They Do?