Outlander Season 6, Who Dies For Jamie? Release Date to Recap, Everything Here

Have you seen the seventh episode of Outlander Season 6? Wasn’t it incredible? The series’ second-to-last episode answered the fans’ question: who murdered Malva and her child? Richard Brown and his men arrived at Fraser’s ridge at the end of the episode to arrest Claire for Malva’s murder. The question now is whether Claire killed Malva or not. Outlander Season 6 Episode 8 is the season’s last episode. The final episode of the series has just aired. Every twist and turn is revealed. Fans adored the show, and the producer made sure they didn’t lose interest. Let’s see what the last episode has in store.

Claire’s sorrow is perfectly captured in these sequences, as is Jamie’s need to defend her no matter what. Angry peasants toss bricks and stones at one rest area, saying Claire is a witch. Brown is obliged to intervene in order to keep the mob at bay. Claire is hurt when she collides with a villager who tries to jump inside the wagon.

What occurred in Season 6 Episode 7 of Outlander? 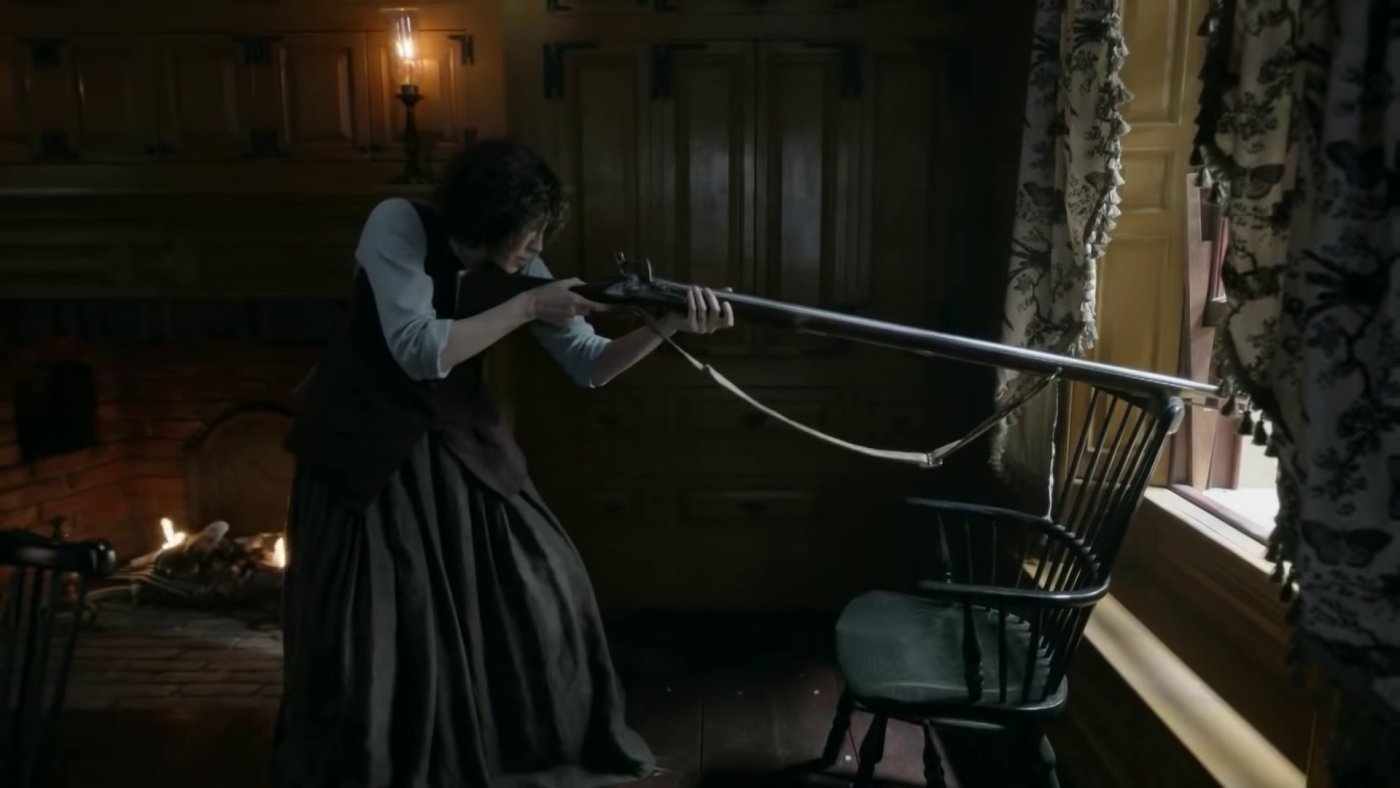 Outlander Season 6 Episode 7 was titled ‘Sticks and Stones,’ and was aired on April 24, 2022, directed by Jamie Payne and written by Danielle Berrow. We saw Tom concerned about where to lay his daughter’s body and her illicit son in the episode Sticks and Stones. He believes that “sinners” have no place in the church cemetery. Jamie gave him permission to bury Malva on his ridge.

Claire was already struggling with the stress of her kidnapping; she had convinced herself that she had killed Malva, and her death news, as well as the voice of her captor Lionel Brown, were all constantly running through her mind.

Lizzie has discovered that she is pregnant, but she has no idea which of the twin Beardsley brothers is the father. She later tells Claire that she had intercourse with both of them one evening, and that this happened several times after that. Lizzie realizes she must choose which Beardsley to marry after an insightful dialogue and feminine pleasure; else, her reputation would be damaged.

Jamie was afraid about Lizzie’s reputation on the ridge, so he came to the conclusion that the Beardsley brothers would have to pick one of the two straws. The person who draws the short straw must marry Lizzie. Lizzie and Keziah Beardsley are now married, and Claire is determined to keep her ether at bay.

→  Johnny Depp Refuses To Return for Pirates of the Caribbean 6, REFUSED $300Million! The Real Reason & Truth

Claire told Jamie about her mental problems in the past, as well as what Lionel Brown had done to her. She discusses the difficulty she had in her life of living in the past and present, as well as the death of her husband Frank, Brianna’s attack, Roger’s sale into slavery, and all of the other major Outlander events over the years. Finally, Richard Brown and his men came at Fraser’s Ridge to apprehend Claire for Malva Christie’s murder.

Roger and Bree’s voyage to the seminary is supposed to be similar to Jamie and Claire’s, but there’s a tone difference, and the stakes aren’t even close to being identical. This disagreement does not imply that their storyline development was “unnecessary” or that it was a “distraction” from Jamie and Claire. Roger becomes a preacher in numerous chapters of A Breath Of Snow And Ashes, and Roger and Bree debate how their knowledge of the Revolutionary War impacts their family. During Roger and Bree’s trip, the main struggle is Jemmy’s lice, as well as indications and introspection regarding the truth of their future knowledge. Before the Committee of Safety arrived to arrest Claire, Roger and Bree had plainly fled the Ridge. In the woods, they don’t come across any of Brown’s men, thieves, or enraged townspeople. There isn’t a fire, nor a storm, nor any other natural disaster. Although their voyage eventually answers the question of whether Jemmy is Roger’s child, a lingering topic from Season 4, the episode’s pacing troubles occur in the middle.

When will the last episode be available?

The final episode of Season 6 – Episode 8 – has now aired. ‘I Am Not Alone’ is the title of the eighth episode of the sixth season of Outlander. On May 1, 2022, it will be released. Fans will have to wait a week to find out what happens next. Fans are curious as to whether Claire murdered Malva or simply accepted the crime since her mind was out of sync. In addition, it has already been stated that Season 7 will begin shortly after Season 6 concludes.

Ian returns from his hunting expedition to discover Lizzie sobbing about Claire and Jamie being kidnapped by the mafia. Ian surprises Jamie at one of the campgrounds along the trip, telling him that if they wish to flee, he has troops hiding in the bushes and adjacent mountains. Jamie tells Ian to back off because Brown has too many allies who would be interested in claiming the reward money if he was captured. The rhythm of the episode improves after this sequence, as viewers are aware that there will be another battle or conflict scene ahead.

Jamie and Ian’s party rides along the beach at the end of the episode, most likely to meet Claire at the prison. The title of the episode alluded at Ian’s last-minute rescue. The Frasers can still rely on family and supporters. Many people would have worried if Ian and the other Ridge missing men would be able to assist Jamie and Claire throughout the episode. Richard Brown is mentioned several times as attempting to poison public opinion against the Frasers in order to create the impression that no one was coming to help. While this cliffhanger does not provide answers to the unanswered concerns behind Malva’s assassination, it does lay the stage for future strife between the Cherokee and pro-independence colonists.

The guys force Jamie to step away from the wagon the next day at another water break. This is a set-up to separate Claire and Jamie, with Claire being transported alone to Wilmington by the wagon. Surprisingly, Tom Christie agrees to travel with Claire the rest of the way. After a colonist uprising against the British, they arrive in Wilmington. In comparison, the damage to the buildings and effigies makes the Print Shop riot in Episode 5 seem like a toddler tantrum. Tom claims Jamie is still alive, but Claire is unaware that Jamie is still in danger. Brown’s men have bound Jamie to a post on the beach and plan to convey him to Scotland, where he will never see Claire again. Ian and the Cherokee warriors fire arrows from the clifftop, putting an end to the scheme.

Claire is tormented in prison by an unknown stranger, who threatens her with a hanging for murder and witchcraft. He looks to be the same enigmatic guy from the cliffhanger in Episode 5. What is his name, and what crime has he committed? Is he tied to Malva’s case, or is he connected to a different plotline? If the sheriff decides to let him out of prison, would he be a threat to Claire and Jamie?