To celebrate one year anniversary of Destiny 2 on PC, the developers, Bungie, has made the game free of cost on Activision-Blizzard’s Battle.net platform. The game will be available as a gift from the developers, for free, for a limited time only. That is, from November 2 to November 18, 2018.

If you haven’t already played the widely successful title, now is the perfect time to try it out, free of cost. If you claim the game in time, it’s yours to keep forever. If you’re a complete newbie, here’s exactly how to do just that.

How to Claim Destiny 2 Gift on PC for Free: 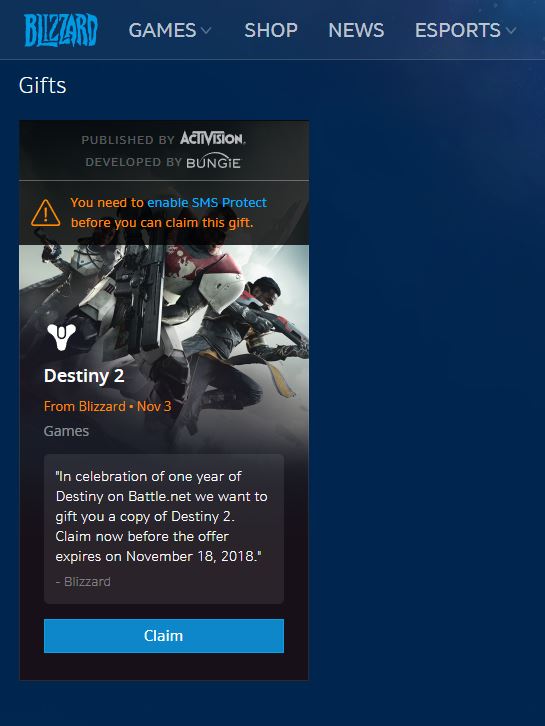 Once you do this, the game will stay in your game library permanently.

Launched back in September 2017, Destiny 2 is a worthy successor to the original Destiny title. The game created ripples in the PC gaming scene. It won over 5 awards for the best PC game in 2017 and nominated in countless others. It’s amazing to see that Bungie and Activision-Blizzard are moving forward fast with Destiny 2. By adding an award-winning DLC (Destiny 2: Forsaken) and this limited-time free-to-play status, the game is racking up players fast.