There’s still a lot of time before Apple unveils its flagship of the year, the iPhone 8. While it’s the most anticipated smartphone, leaks and rumors show no hesitation to make it to the general public. Up until now, we have seen ample leaks in the black color, which no doubt looks absolutely stunning, a designer has imagined the iPhone 8 in the white color. The images have been prepared by the Designer Martin Hajek, so do check it out.

The new design imagines the iPhone in white and grey color with minimized bezels and an all glass design. The renders have designed a white glass back with a silver steel frame on the sides. At the front of the iPhone 8 is a huge piece of glass with a cutout for the FaceTime camera, ear speaker and more. On both sides of the cutout are continued pieces of the display which will feature dedicated visual things like a battery status on one end and signal bars on the other. However, this is not know for sure at this point in time. In addition to the white color, the designer has also included the black colored iPhone 8 for our viewing pleasure and as expected, it looks absolutely gorgeous. 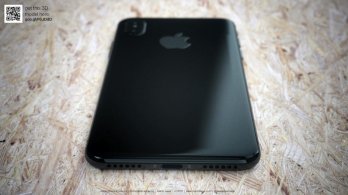 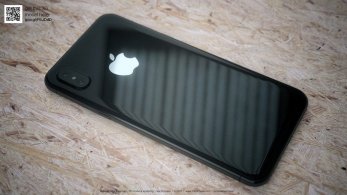 Bolstering the leaks and rumors, the front of the render images feature no Home button. Moreover, there is no Touch ID on the back side of the iPhone as well. With that said, we can assume that the renders have imagined Touch ID integration beneath the display. This is true if the recent leaks and rumors are to be considered right.

Apart from just the hardware, the renders also imagines the iPhone 8 running iOS 11. The images show how the operating system will adapt to the larger bezel-less display and how the cutout will interfere between the two corners of the display. For more details, check out the images provided.

As for now, there are no official details for how might Apple shape its next iPhone. If leaks and rumors are to be considered legitimate, then we do have a pretty good idea what we’re about to  get our hands on. However, it’s Apple we’re talking about and the company can always surprise us with a new addition that we’re definitely not expecting. So let’s just keep out fingers crossed for now and hope the company does justice.