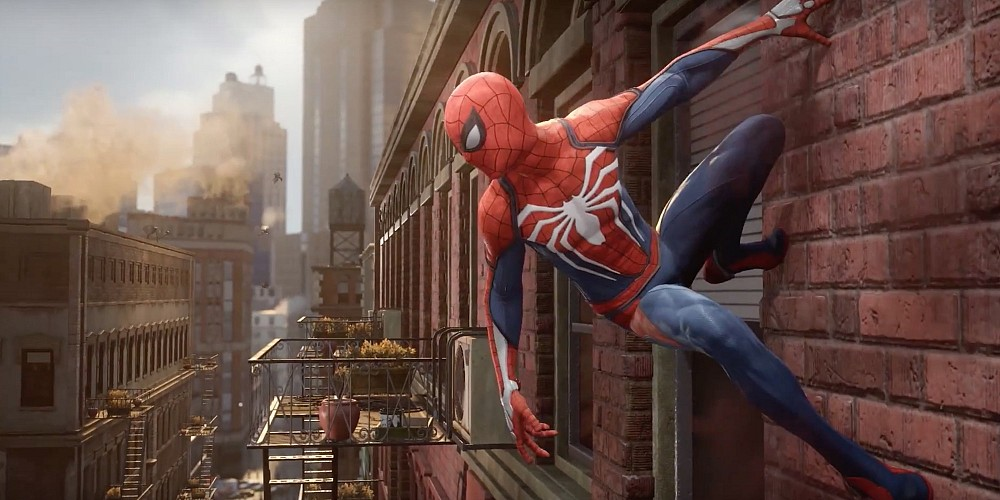 With all the gaming attraction and excitement we felt last year thanks to the massive turnout of blockbusters and masterpieces, the rumour mill is already set in motion for 2018. And with E3 on the horizon, the hype-train is gradually gaining momentum as both critics and loyalists are anticipating what the year will look like for the gaming community. If the glitz and glamour is anything to go by, then we expect to see footage of new sequels and spin-offs. And one title that has constantly been on everyone’s lips since the New Year Eve is the bipedal Spider-man.

Even if you have arachnophobia, there’s every reason to be excited about this one. Thankfully, you won’t be dealing with any spiders this time around, except, of course, if you have a dirty monitor. And with all the drama still brewing for the electrifying PS4 Pro console, you would agree that Peter Parker’s stunts definitely got the perfect timing. And even though we caught some moments of flashy action and drama in the debut trailer, we know there’s still a lot hidden behind the curtains than what we’ve already seen. With this in mind, here’s everything you might not know and what to expect from new PS4 Spider-Man game launch in 2018.

Unlike many genres adopted from the comic line, the Spider-Man story has been anything but electrifying and has made some major hits across notable platforms like the PS2 and PS3. And with Insomniac creating the next Peter Parker’s magic, the colossus looks certain to be a stunner. But this is coming after a lot of speculation last year. Although we were kept busy with the release of the likes of Call of Duty World War 2, Assassin Creed Origin, and Wolfenstein 2, amongst others. Hopefully, 2018 will be the year where we finally get see our favourite superhero in action.

Peter Parker’s story as Spider-Man in the highly awaited blockbuster is one we are all familiar with. However, thanks to Insomniac, this time around the eponymous hero is at the prime of his heroic career and no longer is he the troubled green protagonist. In the well-illustrated sequences, Peter finally gets to strike a balance between his life as a normal introverted citizen of New York City and a popular superhero.

In addition to the slight change in the hero play, some of the characters in the New PS4 Spider-Man game will be quite different as seen in the E3 trailer. The likes of Kingpin and the Demons don’t necessarily agree with the source material. However, Peter’s collaboration with the Captain of the Police Department in the city, Yuriko Watanabe, is parallel with the action in the comics. As expected, Mary Jane still gets a chance to play in the drama, but this time, mostly as a reporter, according to Insomniac.

As seen in its E3 trailer, Spidey’s gameplay on the highly rated PS4 console is nothing but spectacular, while the QTEs are in check.

However, regarding the plot itself, Insomniac tells a story that’s a little bit different. The combat system looks like the Sony exclusive from Insomniac and also borrows from the Rocksteady’s Arkham series. Apart from stalking goons, Marvel’s famous superhero is also seen pitting against villains. Spidey also seems to have more martial abilities. For instance, in one of the fight scenes against the Demon group, apart from fighting the bad guys, we also see him preventing a huge crane from tumbling over which is quite typical of the age-long Spider-Man adventure we are all used to.

The Spider-Man game is not going to be all indicators where all you do is press buttons in the fights. As a 23-year-old with a dual identity, there will also be times when Peter switches back to his “nerdy life part” to manage his career and relationships. This means that the New York City created by Insomniac for Spidey will be the largest open world you’ve ever seen.

This game is worth expecting and the developers definitely will have something up their sleeves that would catch interests of millions of fans. Either way, we’ll see how everything turns out regarding this particular game in Autumn this year!