Xiaomi is about to announce yet another Mi 8 device it seems. Allegedly dubbed as the Mi 8 Youth, Xiaomi has finally brought some sparkly colors to the table. Given that Xiaomi’s over with it’s flagship game, it seems like Xiaomi’s latest addition would most likely be a budget-oriented flashy device to the mid-range market.

Recently, Xiaomi has announced a few pictures of the alleged Xiaomi Mi 8 Youth. The Xiaomi Mi 8 Youth is expected to be officially revealed later this month in an event held by Xiaomi on September the 19th.

With the addition of the Mi 8 Youth, Xiaomi would have a total of four devices under the same Mi 8 nametag, something that Xiaomi hasn’t previously done in the past.

At the moment, there isn’t much details to work with. However, given that the Mi 8 SE is currently the entry-level device in the Mi 8 series and packs a Snapdragon 710, the Mi 8 SE could possibly pack a Snapdragon 660/636 SoC. Regarding RAM and storage capacity, we would speculate that there would be two variants of the device, a 4GB/64GB variant as well as a 6GB/128GB variant, or at least that’s how I want the spec sheet to look like.

There’s no details regarding how Xiaomi intends to handle the notch with the Mi 8 Youth Edition either. Since Xiaomi has released three teaser images, there’s no clue if Xiaomi wants to pack a notch into the upper-frame of the body again. Again, given that every device in the Mi 8 family features a notch, there’s a high chance that this phone may also pack a notch.

Keeping the existence of the Pocophone F1 in mind, it would be interesting to see how Xiaomi intends to release their devices over the next few months. 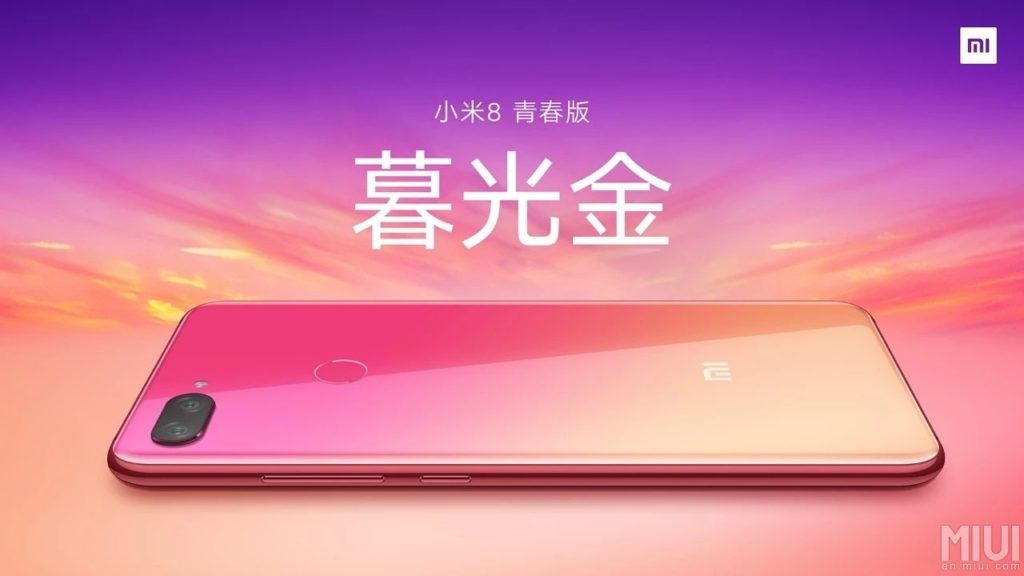