Battlefield V is finally out. And so are Nvidia’s fleet of ray-tracing enabled cards. With the game finally making its way into the hands of players a few days ago, Nvidia has released new drivers along with some incredible details regarding Battlefield V’s Ray-Tracing and Ansel capabilities.

For those who don’t know, at the launch of Nvidia’s Pascal lineup of GPUs back in 2016, Nvidia announced Ansel, a new technology that would allow players to take complex screenshots in-game, allowing players to showcase their inner enthusiasm for their favorite titles.

With Battlefield V becoming the centerpiece of incredible showcases, Nvidia has just showcased some incredible features coming to the game as they roll out their first small patch today. 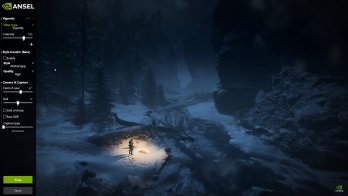 Regarding ray-tracing, it seems like Nvidia has locked down ray-tracing capabilities to their RTX series of cards. This means that unless you don’t have the latest lineup of Nvidia’s GPUs, namely, the RTX 2080 Ti, 2080 or 2070, enabling ray-tracing is a no-no for you. However, the requirements don’t end there. Apparently, you’re also supposed to be running the latest build of Windows 10 too. Here’s the minimum and recommended system requirements if you plan to enable DXR ray-tracing.

Nvidia recommends both, the RTX 2070 and 2080 for 1080p ray-tracing enabled gameplay. However, if you’re planning to crank that up any higher, Nvidia recommends you to keep everything to a minimum and use the RTX 2080 Ti for excellent performance at 1440p.

There’s no doubt that ray-tracing is very demanding even for these new cards. However, given the performance hit ray-tracing brings to the table, it seems like the folks over at Nvidia and DICE have done a pretty good job optimizing the title for the ray-tracing contrary to the initial horrible performance we saw from initial Battlefield V RTX-enabled builds.

Given that the RTX 2070 is being considered as the bare minimum to experience ray-tracing, something tells us that the RTX/GTX 2060 would not be as well-received as the other cards given the performance deltas these cards are bringing to the table even though leaked benchmarks have suggested the RTX 2060 to hover around the GTX 1070 Ti.

While the specs may seem daunting to many at first glance, be assured that this is just the beginning. Not only would the requirements for ray-tracing loosen over the next year or two, but by then, hopefully, AMD would catch up with Nvidia’s high-end offerings.